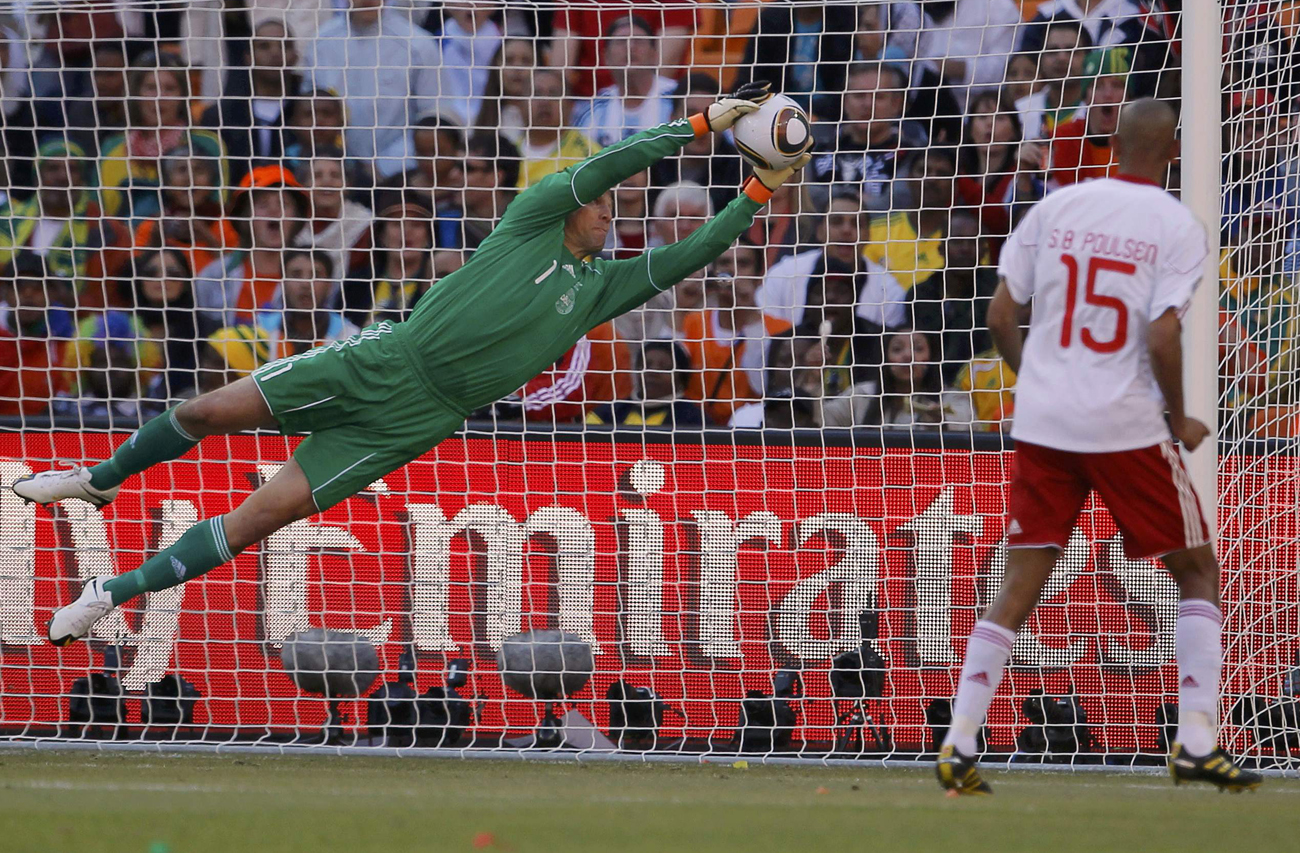 Soccer City was basking in the best that the Johannesburg winter can offer. The stands are brightly coloured in a red-orange combo. There was excitement and expectation in the air. And that’s just about the only positive things we can say about the Netherlands’ win over Denmark. It was 2:0, but we were left thoroughly bored.

While Denmark are a tough, traditionally well-organised European team, albeit lacking in big stars (the biggest of them being Arsenal’s Nicholas Bendtner), the world’s focus today was on Dutch team. The 1974 and 1978 finalists and 1998 semi-finalists, the Dutch went through a generation of very talented but also very moody stars in 2002 and 2006. The current team appears to be a much stronger and more cohesively put together outfit, with plenty of attacking talent in Van Persi, Robben, Snyder and Kuyt.

Denmark is a hard nut to crack on any day, but Monday saw a Dutch team that was not particularly inspired. Yet, they were ready to grind their way through the game, even as Denmark appeared to be the slightly better of the two teams in the first half.

The Second half, however, saw the Danes press self-destruct button in the same way Algeria and Serbia did before them. An innocent-looking cross was headed by Danish central defender Poulsen into the shoulder-blades of his unsuspecting colleague, Liverpool’s Agger, and then into Sorensen’s goal.

The Dutch goal, as accidental as it was, wreaked havoc with the Danish tactics of playing a mostly defensive game with quick counter-attack sorties into the opponents’ territory and they never really recovered, not that they were shining before it anyway.

Apart from winning this hard-fought game, the Dutch could be very encouraged by their newest young talent, Elia, who replaced van den Vaart and brought much-needed urgency to their game. The final goal was the best move of the match, with Snyder brilliantly finding Elia, who quickly check-mated Sorrensen, only to hit the far post. The ball was then simply tapped in by the supreme predator Kuyt. All in all, the Netherlands-Denmark game mostly bored us to sleep. But such are the best teams at big tournaments: the Dutch won a tough game by spending just enough energy and without losing any of their stars. And the next time, Robben might be fit to play too.

Here are the minute-by-minute notes:

It’s been a somewhat uneventful start to the game, with both teams probing each other cautiously. The Danes seem somewhat out of it, with a few back passes to the keeper almost falling at the Dutch strikers’ feet.

It seems like keepers are having trouble with saving routine shots. This will hopefully encourage the players to try their luck with shots from as far out as Sandton.

The Danes are certainly the less convincing side in terms of attack.

The France vs Uruguay game was more exciting than this, and that is quite an indictment. I’d sooner sit through a Mbeki speech…

End of the first half, thank God.

46th minute: Poulsen scores an own goal. He is absolutely devastated. Van Persie attempted a cross, and Poulsen headed it into his own goal, after deflecting it off Agger’s back. Photo: Denmark’s goalkeeper Thomas Sorensen watches the header of Simon Poulsen (R) that ended up with an own goal during their 2010 World Cup Group E soccer match against the Netherlands at Soccer City stadium in Johannesburg June 14, 2010. REUTERS/Brian Snyder Kahlenberg has been strangely subdued in this match.

The Dutch are choosing to defend this one goal instead of seeking another. As if the football wasn’t boring enough already. The game is livelier now, the Dutch perhaps smelling blood. The Danish side is completely demoralised.

The referee finally blows his whistle, ending the Danish misery.