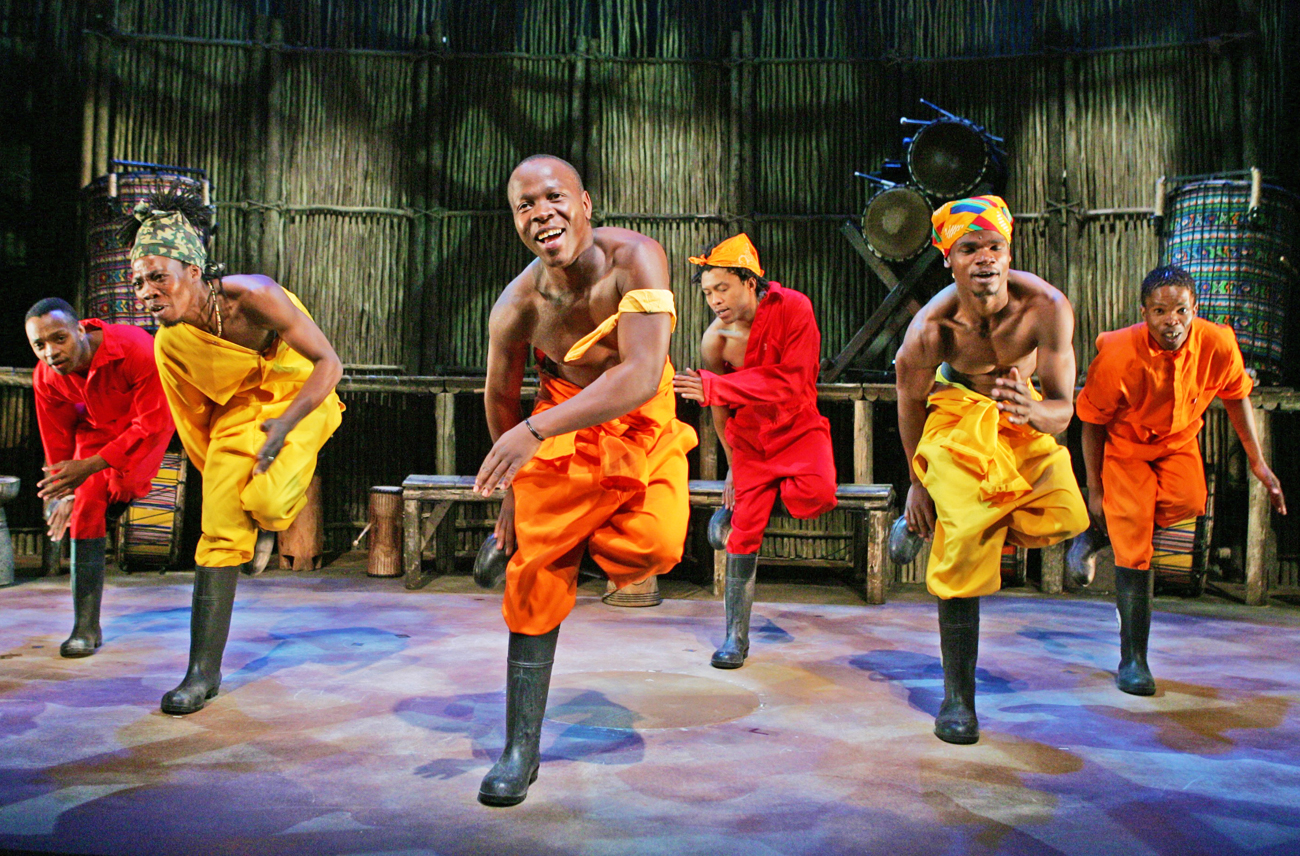 If you want to be heard above the blare of World Cup vuvuzelas right now, you have to make a big noise. A very big noise.

The sort of noise that’s only made by staging a show full of drums and having absolutely everybody in the audience bashing away on drums of their own. Ain’t no vuvuzelas gonna to compete with that.

Staging “Drumstruck” at Sandton’s Theatre on the Square during the soccer tournament is sheer genius. It’s loud, brash, funny, hugely entertaining and intensely African. This tribal stuff is probably exactly what foreign visitors want and expect from Africa. We can’t give them lions in the streets, but we sure can give them nubile Zulu maidens and muscular dusky drummers.

The World Cup atmosphere is evident as you approach Sandton City. People just abandon their cars rather than actually park them, and Mandela Square is a crush of people, draped with flags and blaring vuvuzelas. Even in the subterranean theatre the noise seeps through. Until we put on a show of our own that probably had the revellers outside wondering if it was an earthquake they were hearing.

Drum master Enock Mahlangu quickly has us banging away, directing us by means of whistles and hand movements, then with his eyes and even his knees. He has a wonderfully expressive face and the audience adores him instantly. We batter and bash, patter and pound, clap and click. We even end up singing. Then Mahlangu is hoiked aside by the big mama of the show, Dikeledi Mathibela, a mighty woman who directs our drumbeats with saucy swings of her well-endowed hips.

Much of the show’s strength comes from the easy interaction between the drummers themselves as well as with the audience. Ronnie Medupe, the smart-talking upstart, is another charmer challenging hunky Molutsi Mogami in a drumming face-off. The nine drumming, dancing, singing crew are clearly having such fun themselves it’s irresistibly infectious.

Then we get some gumboot dancing, and you’ve just gotta love that. There’s even an electric guitar, but he’s only really audible in the slower number where Mathibela shimmies her way through a tribute to Miriam Makeba.

Director Richard Carter and composer Warren Lieberman have done an excellent job of crafting an event with a variety of different scenes and moods so the audience never has a minute to grow complacent. The backdrop is a simple bamboo kraal effect, and the warm lighting helps create that Darkest Africa glow.

“Drumstruck” will be a massive hit with World Cup fans because foreigners will lap up this exuberant and uniquely African entertainment. Locals should see it too, because it’s such a blast. Well not a blast, as such, but it’s definitely an excellent bash.

“Drumstruck” runs at Sandton’s Theatre on the Square until 10 July.

Read much more of Lesley’s excellent writing on www.lesleystones.co.za.