England disappoints as US earns a tough draw in Rustenburg 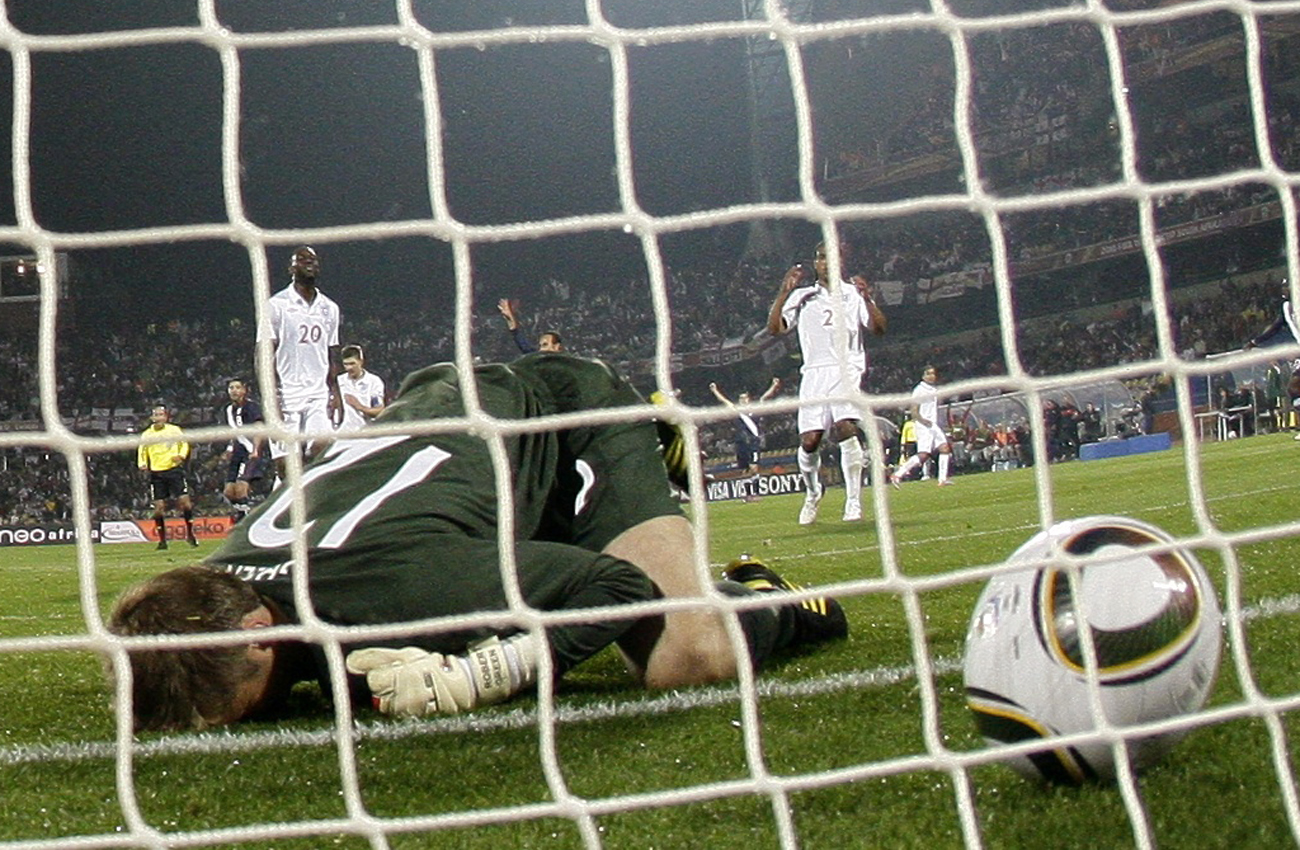 Although they had a dream first five minutes of the World Cup, English players could not find enough staying power to defeat the strong, physical team that the US was tonight. In a match that ended 1-1, some of the manager Capello’s choices are still difficult to understand.

The biggest problem we had with England team’s composition was the inclusion of West Ham’s keeper Robert Green, and leaving out David James, one of the world’s best shot-stoppers. Capello’s choice prove to be deadly for his team tonight, as Green fumbled Dempsey’s meek shot and literally nursed the ball into the net behind him. England started brightly, with the new captain Gerrard neatly slotting the brilliant pass from Heskey in the fourth minute. For at least 30 minutes England dominated the game, with their lines functioning and players having plenty of fun. But Green’s mistake appeared to take the wind out of their sails, installing the hard-working US team as an equal partner in the game. In the second half, the US’s Altidore almost claimed the victory for his team, with Green redeeming himself with a smart save that saw the ball being re-directed into the post.

With Algeria and Slovenia as the remaining teams in Group C, both US and England will have been happy they didn’t lose tonight and are both likely to go into the next round. It is conceivable that the result is the best the both should expect from their clash. We shall see if Algeria and Slovenia agree with this logic. England’s goal is just the best that could happen to the game, as there will be no space for any defensive tactics or time delays by either side. It does look a very promising, open game.

Even as England leads, Fabio Capello is exceptionally animated; he obviously is rather wary of his opponents tonight, especially Donovan’s ability to split England’s defence. It looks like Gerrard and Lampard have finally managed to successfully organise themselves and play together coherently. For years, their failure to do so was one of the biggest reasons for England’s team being a smaller success than the sum of the talents involved.

Capello should have known better than to choose Green. David James is one of the best goalkeepers in the world.

England has started the second half with new energy, which points out to Capello probably having chewing their ears in the locker room during the half-time break.

Capello is genuinely nervous about the way the game is going. England players are not Photo: England’s goalkeeper Robert Green (L) dives as a shot from Jozy Altidore (C) of the US hits off the upright during the 2010 World Cup Group C soccer match at Royal Bafokeng stadium in Rustenburg June 12, 2010. REUTERS/Marcos Brindicci

The temperature in Rustenburg goes up now. Both teams pulsate in their wish to win and the ball and the players are running like mad between the penalty boxes. A delight to watch, even as the technique is often sacrificed to speed. This game could have easily been played in the English Premier League.

England badly wants to win tonight, so does the US. Royal Bafokeng Stadium is echoing to the verses of God Save the Queen. But the fact is that the English back four are often left exposed by the attacking English midfielders in the second half, leaving them exposed to Donovan, Altidore and Findley. Photo: England’s Wayne Rooney (L) falls next to Michael Bradley of the US during the 2010 World Cup Group C soccer match at Royal Bafokeng stadium in Rustenburg June 12, 2010. REUTERS/Dylan Martinez

The US team looks slightly more ambitious as the game is nearing the end. Yet, it does appear that both team’s priority now is not to lose.

Main photo: England’s goalkeeper Robert Green reacts after he conceded a goal against the US during a 2010 World Cup Group C soccer match at Royal Bafokeng stadium in Rustenburg June 12, 2010. REUTERS/Darren Staples