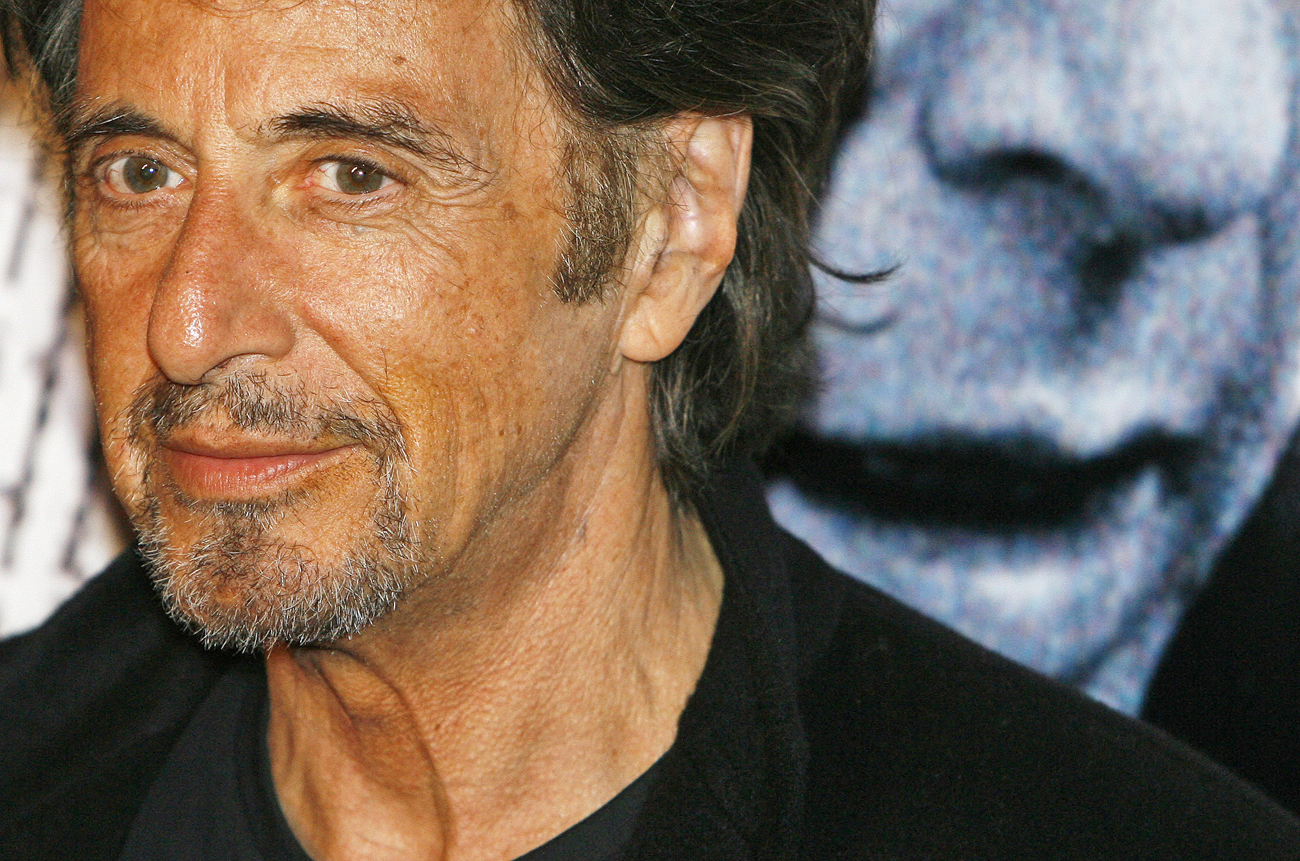 Hollywood legend Al Pacino has turned 70 and is celebrating a tour-de-force acting career by not letting up. The Oscar winner and star of “Scent of a Woman”, “The Godfather” and “Scarface” will spend this year filming “Mary, Mother of Christ” with Peter O’Toole and Camilla Belle. Let's peer back into his remarkable career.

“Say hello to my little friend!”

Anyone who’s ever loved Al Pacino has the exact tone, tenor and delivery of those six words etched into their memory. Bursting through an office door as Tony Montana brandishing an M16 assault rifle with an M203 grenade launcher fitted, Pacino stormed into legend by creating one of the most famous lines in cinematic history.

Alfredo James Pacino started shattering movie records long before Tony Montana took up arms and burst onto the scene as the fresh-off-the-ship Cuban immigrant who staged a bloody coup against America’s drug kingpins.

Watch: Tango from Scent of a Woman

Some 10 years earlier Pacino had started staking his claim on Hollywood by earning an Oscar nomination for 1972’s The Godfather. Francis Ford Coppola’s crime dynasty epic, based on the novel by the same name by Mario Puzo, The Godfather would see Pacino cast as Michael Corleone, earning him a scant $35,000 for his efforts.

But the blockbuster quickly steered Pacino to stardom and set him on an Oscar run. After his nomination for The Godfather, Pacino would go on to get three more nominations, a run of four consecutive Oscar nods matched only by Elizabeth Taylor, Marlon Brando, Jennifer Jones and Thelma Ritter.

To date the acting legend has received eight Academy Award nominations. In 1992 he became the first male actor to get two nominations for two different movies in the same year. He won for Scent of a Woman, 20 years into a stellar acting career that has earned him critical acclaim.

Watch: Inspirational speech from Any Given Sunday

But some of his best work was still to come. The 1990s would see Pacino star in another De Palma crime film, Carlito’s Way. The story of a former hood trying to go straight, the film about Carlito “Charlie” Brigante’s struggle would get a lukewarm reception from critics and the box office, but would go on to become a cult classic.

After moving to video, the film would enjoy a growing audience and percolate into popular culture. Pacino as Carlito screaming “Here comes the pain!” later featured in a song by Slipknot, while rapper Jay-Z would draw on dialogue by Pacino’s character for a number of songs.

A man who has never married, Pacino unveiled his new love, Lucila Sola, an Argentine actress 40 years his junior, at the premier of his latest work, a television movie called HBO’s You Don’t Know Jack. Based on the life and times of Dr Jack “Dr Death” Kevorkian, insiders predict “Jack” will win Pacino an Emmy for his portrayal of assisted-suicide champion Kevorkian. A sentiment with which Kevorkian agrees, given that “Dr Death” has high praise for Pacino’s portrayal of him.