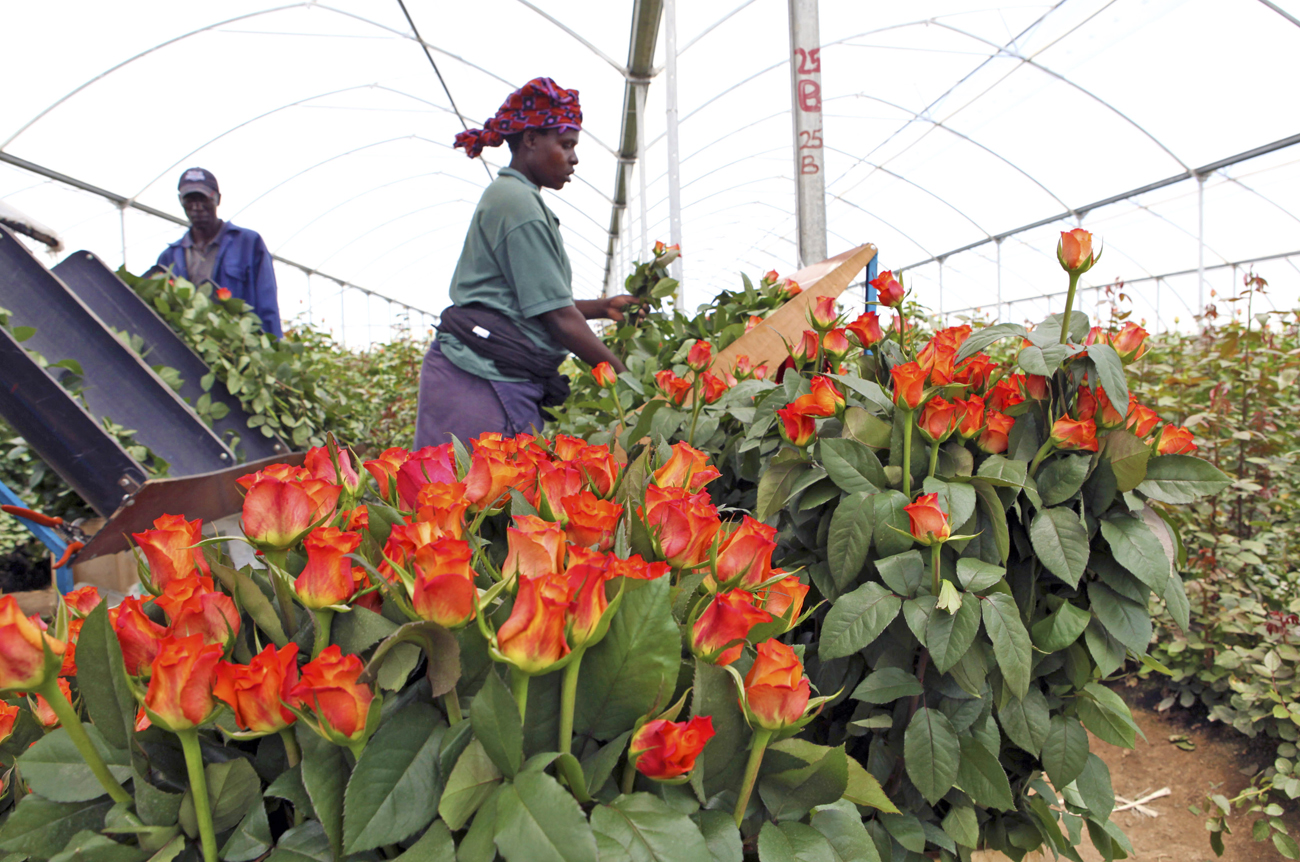 Thousands of Kenyan flower and vegetable farm workers have been temporarily laid off because volcanic ash over Europe has grounded flights, leaving tonnes of produce stuck in refrigerators on farms and at Nairobi’s airport. The Fresh Produce Exporters Association of Kenya ships about 1,000 tons of goods daily, with the industry having lost $12 million after 3,000 tons of perishables were thrown away. Flower farmer Jack Kneppers threw 6.5 tons of roses into a compost pit, saying the crisis is costing him $35,000 a day, and more as Mothers’ Day approaches in Europe.

Two Germans have been abducted by gunmen in Nigeria’s oil-producing south-east region, in the second kidnapping of foreign workers in the last 10 days. No person or group has claimed responsibility. One of the men works in Port Harcourt, the capital of the oil-producing Rivers State, while the other came from the nation’s commercial capital, Lagos. The Niger Delta region reports hundreds of kidnappings each year, but most victims are released unharmed, usually after a ransom is paid. Foreigners make lucrative targets for bandits and militants fighting for a bigger slice of oil revenues from the federal government. A recent ceasefire between thousands of militants and federal authorities is stuck in limbo after Nigerian politicians fought a protracted power struggle over the absence of the still-ailing President Umaru Yar’Adua.

New York-based rights group Human Rights Watch says radical Islamist al-Shabaab militants have brought greater stability to parts of Somalia, but at huge cost. That’s because the group imposes a harsh version of Sharia law in the parts of the anarchic country it controls, meting out punishments including amputations, beheadings and stoning people to death. There are also political killings and social repression such as banning movies and soccer, so it’s a high price for the populace to pay for some form of security. The country has been in a state of chaos since 1991, leaving hardline Islamists controlling large swathes of southern and central Somalia. Al-Shabaab wants to make the nation a strict Islamic state. A moderate and weak UN-backed Islamist government controls only a few blocks of the capital, Mogadishu, backed by about 5,000 African Union peacekeepers. But frequent attacks, including by suicide truck bombers, leaves these parties constantly on the back foot.

An Egyptian firm is suing Mitsubishi Motors for $900 million in damages, complaining it unfairly ended a distribution contract. The Japanese car maker is reeling from an expected 54% downwards spiral in annual operating profit after a drop in vehicle sales and failure to make cost reductions. In a suit filed in a Cairo court, Masria Co. said Mitsubishi’s termination notice lacked reasonable grounds. The court will hear two suits: One that claims compensation from Mitsubishi and another that demands renewal of the distributorship contract. Masria says that since 1983 Mitsubishi has automatically renewed the distributor agreement every five years.

Nigeria’s new national security adviser, Aliyu Gusau, who’s considered a potential candidate in next year’s presidential election, has criticised central bank efforts to overhaul the nation’s financial sector, saying the actions may threaten the broader economy of one of Africa’s primary oil-producers. Gusau, a powerful northern general recently appointed by Acting President Goodluck Jonathan, is the most high-profile government figure to criticise attempts to bring nine weakly capitalised banks into line. By firing and charging many of the country’s top banking executives with criminal offences, the central bank has won praise from foreign investors, but Gusau claims the actions may have damaged economic activity in the sector at a time when the economy is extremely fragile because of the Great Recession. Banking authorities are in the midst of reforms that limit the terms of banking chiefs, regulate proprietary trading and will see the establishment of a federal asset management entity that would buy up bad bank loans.