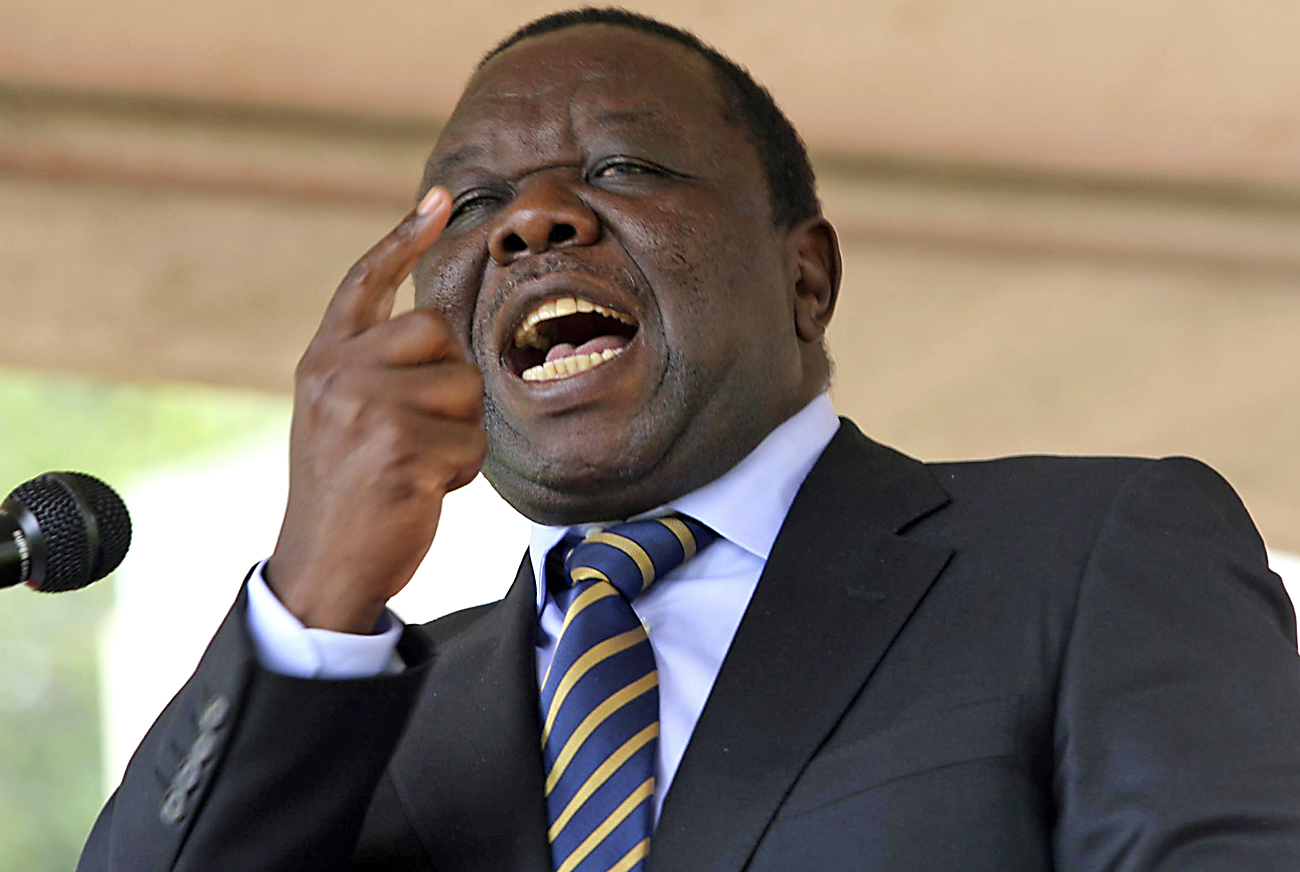 Zimbabwe’s stringent security and media laws will be relaxed by the end of the year, according to Reuters, as the so-called unity government of Robert Mugabe’s Zanu-PF party and Morgan Tsvangirai’s Movement for Democratic Change implement programmes to repeal and amend contentious legislation. The government plans to introduce at least 17 amendments to laws, including the Public Order and Security Act, used to ban protests by the opposition and unions. The changes will also repeal the Access to Information and Protection of Privacy Act, used to ban foreign journalists from working permanently in the country. But this debate has been going on for many years, albeit before the MDC joined government, so observers will be taking a keen interest in proceedings. Photo: Reuters.

US assistant secretary of state Johnnie Carson, the administration’s top official for Africa, says the Obama administration will put food security at the heart of its Africa policy, as part of its trade, investment and HIV/Aids efforts on the continent. Carson says the initiative has been one of the swiftest policy starts from an incoming administration and comes on the back of earlier visits by both President Barack Obama and secretary of state Hillary Clinton, promoting economic development, good governance and the fight against corruption.

A Malawi court says two gay men arrested after getting engaged last year have a case to answer. The men’s lawyer says they’ll now call defence witnesses as they deny charges of gross indecency. Tiwonge Chimbalanga and Steven Monjeza, both in their twenties, have spent almost three months in custody in what’s seen as a test case for gay rights in Malawi. Homosexual acts carry a maximum prison sentence of 14 years in the conservative country. The judge says there’s a prima facie case against the accused and that proceedings will begin in April. Human rights groups and donors, including the UK and Norway, have warned that the country should respect human rights or risk international isolation.

France has asked Sudan to take part in a Franco-African summit in May, but has made it clear that Sudanese President Omar Hassan al-Bashir is not invited. However, the Sudan Tribune newspaper has a slightly different take, saying France invited Bashir, but it’s likely he won’t attend. Bashir’s been charged with war crimes and crimes against humanity by the International Criminal Court for his alleged role in mass killings in Sudan’s western province of Darfur. France is a signatory of the ICC and would be obliged to arrest Bashir if he sets foot in the country. Bashir had to cancel a trip to Turkey last year after the Turks faced pressure from the EU. Many countries within the African Union are signatories to the court in The Hague, but the grouping itself has refused to recognise Bashir’s arrest warrant, saying the ICC is targeting African nations. The UN estimates some 300,000 people died in Darfur during seven years of conflict, with millions more displaced. The ICC is reviewing whether to add genocide to Bashir’s charge sheet.

The Convention on International Trade in Endangered Species has turned down Tanzanian and Zambian requests to conduct one-off ivory sales from government stockpiles, amid heightened concern over elephant poaching. The UN banned trade in ivory in 1989, but two subsequent sales were granted to nations showing good conservation practices. There’s much argument over whether occasional legal sales encourage poachers and smugglers. Studies show that ivory smuggling is particularly rife in West Africa, with demand coming from far East. Nigeria, the Democratic Republic of Congo and Thailand are said to be among the worst offenders.

An Angolan court sentenced seven police officers each to 24 years in jail for killing criminal suspects by ordering them to lie down before shooting them. One of the victims identified two of the officers before dying of his injuries. Reports say it’s the first time Angolan police have ever been convicted of such a crime, after police brutality was said to be responsible for 23 deaths in 2009. Angola’s President Jose Eduardo dos Santos has recently called for a crackdown on corruption, but it’s not yet clear whether this case marks part of that effort.

In a bid to increase transparency, the Democratic Republic of Congo published its first report on oil and mining payments, only to find they showed discrepancies in what government says it received and what companies said they paid. The mineral-rich DRC relies heavily on mining exports and wants to join the global Extractive Industries Transparency Initiative to attract more investment, according to Reuters. The EITI is a group of governments, companies, civil society groups, investors and international organisations that charts inconsistencies and corruption in minerals payments. Audits found discrepancies amounting to $75 million within the oil sector, and lesser variations in mining payments.