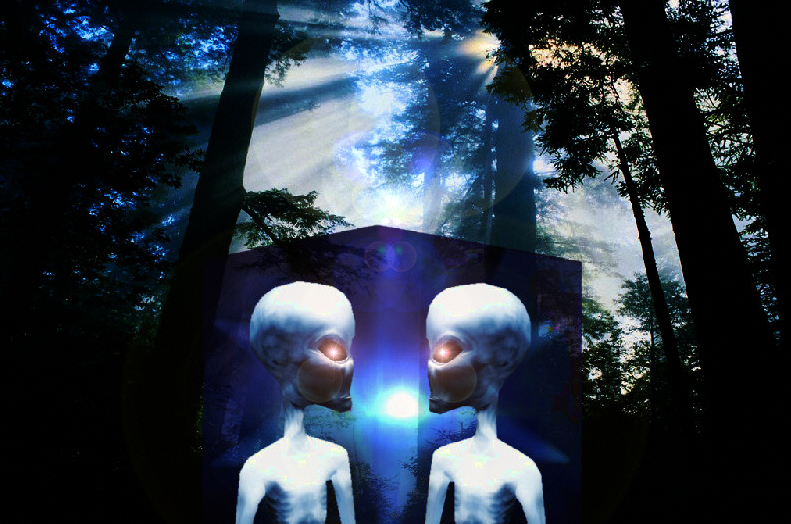 A collection of files made available to the British National Archives on Wednesday, courtesy of the Ministry of Defence, contains thousands of reports of UFO sightings between 1994 and 2000. For British media, it’s Christmas all over again.

Prince Harry hasn’t been photographed wearing a swastika armband. A businessman hasn’t been caught in a peerage-for-payment scheme. Nobody is (yet) baying for the national football coach’s blood. But still, British media is shouting with one voice today. Why? Because files belonging to the Ministry of Defence were released by the National Archives on Wednesday, February 17, and in them are documents so utterly compelling that their re-publication is sure to bolster newsstand sales from Land’s End to John O’Groats.

“Several witnesses insisted that they saw a UFO over [former Home Secretary Michael Howard’s] home less than two months before his Tory Party was crushed at the polls,” observed the Daily Mail, in the opening paragraphs of their version of the story. “The large triangular craft, double the size of a jumbo jet, was hovering 1,000 feet above the house near Folkestone, Kent.”

The Telegraph also featured the Howard angle prominently. The conservative, reserved broadsheet quoted a number of eyewitnesses to the March 1997 sighting, including Ji Lane, 23, and Christopher Lee, 27.

”It was crazy – I was getting a drink in the kitchen when I saw these strange lights in the sky just over the field across the road from our house,” said Lane.

Lee added: “It was a lot longer than a plane and moved incredibly quickly – I have no idea what it was and we were both left speechless.”

Meanwhile the BBC, in the online version of a snippet they’ve been broadcasting on a consistent loop since last night, dedicated only one phrase to the Howard sighting – in the same paragraph that referred to a sighting over the Chelsea Football Club. Mostly, the Beeb’s story contained passages like this:

“One man told police he was physically sick and developed a ‘skin condition’ after an eerie ‘tube of light’ enveloped his car in Ebbw Vale, Blaenau Gwent, on 27 January, 1997.

“In another case, a UFO sighted by Boston and Skegness police, in Lincolnshire, was captured on film.

“The police reported the sighting to the coastguard, which in turn alerted ships in the North Sea, where a crew reported seeing more UFOs.”

The question: was Britain being kept under strict surveillance by aliens during the latter half of the 1990s? So it would seem. The MoD files contain more than 6,000 pages of reports documenting people’s experiences with unidentified flying objects between 1994 and 2000.

While the BBC threw some cold water on the report with the observation that the reported shapes of UFOs have tended to change over time in accordance with their representation in popular culture, the broadcaster did reveal that footage of UFOs captured by RAF pilots was screened in secret bunkers to air defence staff in the 1970s.

Like the BBC, the Guardian’s attempt to allow readers to reach their own conclusions included a slideshow of some of the drawings from the MoD files. A particularly convincing rendering of a 1995 sighting over Llandudno, Wales, shows what looks like a pair of lips receding into the distance through a series of six windows. Beneath the series is the helpful instruction, in a fine cursive hand: “Drawings not to scale”.