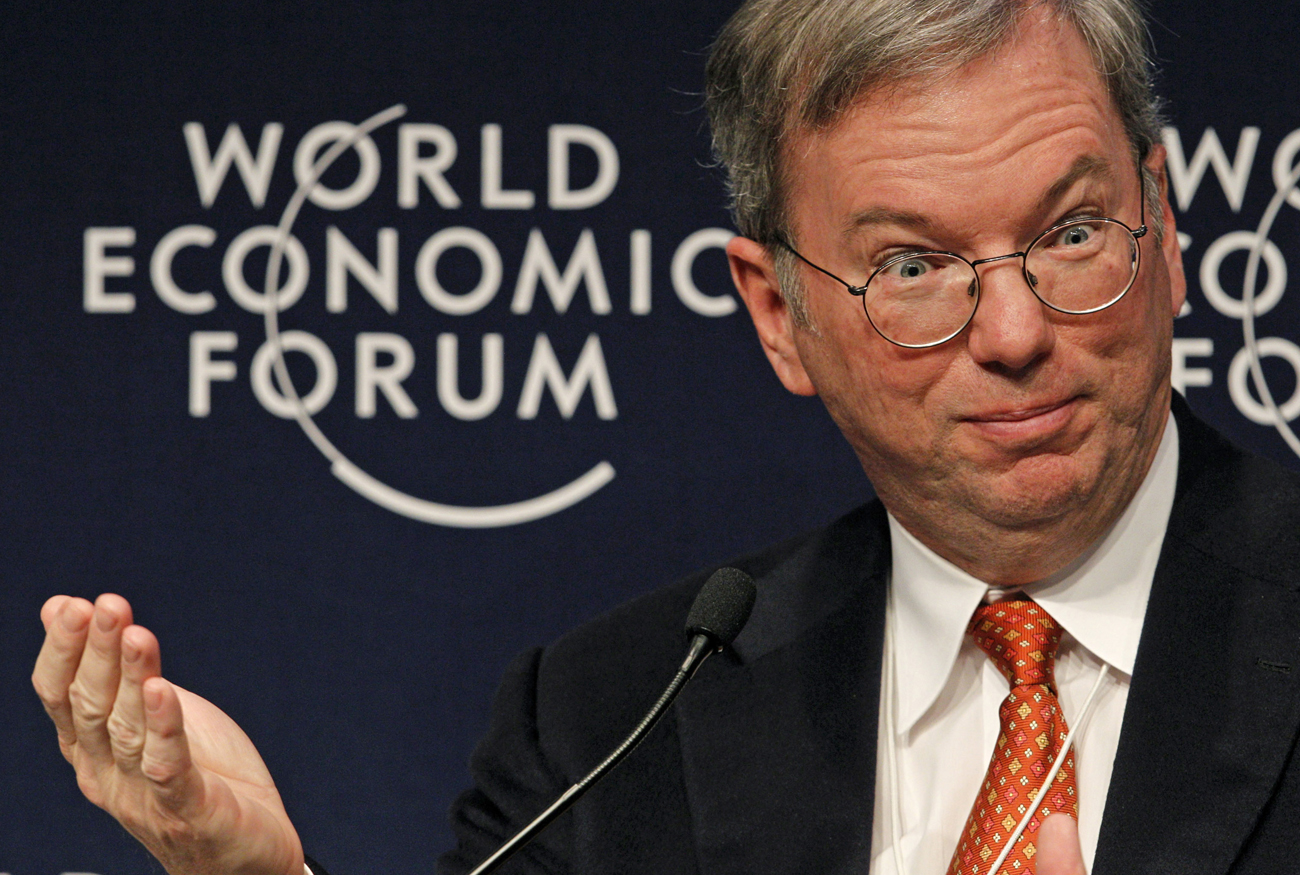 Verizon Communications, Comcast and AT&T had better watch out. Google says it’ll build fibre-optic broadband networks in the US that are more than 100 times faster than what is currently available. The search and advertising company wants the network for applications that consume lots of bandwidth, such as video games and, potentially, for 3D movies, saying it’ll offer the service at a competitive price to some 50,000 people, and hopefully as many as 500,000 in future. That would put pressure on its new competitors to boost their high-speed networks. Google plans to offer speeds of one gigabit per second. Verizon, AT&T and Comcast currently provide residential downloads that are no faster than 50 megabits a second.

Greek PM puts his head on the block

Greek Prime Minister George Papandreou says he’ll take any necessary measures to reduce Greece’s $270 billion debt pile, which has seen the country’s budget deficit balloon to 12. 7%, way above the EU limit of 3%. A strike by Greece’s bloated civil service has grounded flights, closed schools, and put hospitals on emergency stand-by. Unions say it’s a war against workers and that they’ll fight the government over issues such as raising the average retirement age from 61 to 63 to relieve the broken pensions system. Other austerity measures include a public sector salary freeze and a rise in petrol prices. Some locals say the country has to pay for its huge fiscal over-spend, no doubt in part driven by its wish to impress at the 2004 Olympic Games. But one in three Greeks work in the nation’s civil service, so EU leaders, who worry the crisis could threaten their shared currency, will have to ensure Papandreou keeps his nerve.

Audi can relate to Toyota’s woes, and this may shed light on the future of the Japanese can maker. In the 1980s, the German manufacturer suffered allegations that its 5000 series sedans were prone to unintended acceleration, causing six deaths and 700 crashes. In the major recall that followed, investigators found that drivers were hitting the gas pedal instead of the brake. But Audi sales dropped 80% over the next five years, and took 15 years to return to its former peak. Toyota exists in a different universe, with 17% of the US car market compared with Audi’s minimal share in 1985. And while experts say Toyota may have a serious defect on its hands, prompt action and good public relations might save its reputation for quality after US car firms continually let down their customers, but still sold cars. In 2008, Ford recalled about 14 million vehicles for faulty switches that occasionally caught fire. And between 1971 and 1981, GM recalled more than 16 million vehicles, but kept its top spot in the US market. However, some observers warn that Ford and GM are closing the quality gap, and allegations that Toyota knew of its accelerator problem for years, may see the road back to health be long and tortuous.

Bankrupt General Motors’ 14% rise in January sales in the US market weren’t driven by Toyota’s gas pedal woes, but the company’s North America President Mark Reuss says that the problems experienced by the Japanese car maker might accelerate GM gains in February. He reckons overall US car sales will fall as a result of the Toyota recall, but that some drivers may take a new look at the offerings of the beleaguered US auto giant. Toyota says it already lost about 20,000 US sales in January, after halting production of eight US models for a week. That number is set to accelerate at an unintended rate, with the recall of millions of Camrys, Corollas and Prius hybrids.

American Airlines will stop letting most cattle-class passengers stand-by for different same-day flights without paying a fee. But the free stand-by option will remain for the monied few on its frequent flier programme, and those who pay first- and business-class fares. The Texas-based carrier says economy-class customers will now pay a $50 fee for alternative same-day flights. The airline hopes to reduce congestion caused by the many travellers seeking such flights, but the fee should also help raise revenues from such sources beyond the $2.3 billion last year. Like most airlines, American is feeling the pinch of the Great Recession, and large numbers of freebie stand-by passengers take up a huge amount of time and effort.

Former Illinois governor, Rod Blagojevich, who tried to sell US President Barack Obama’s former Senate seat to the highest bidder, has pleaded innocent to 16 original corruption charges and eight new counts that include racketeering, bribery and extortion. Blagojevich now says he plans to testify at his June trial, which includes charges against his brother Robert, who was chairman of his campaign finance committee, and two former chiefs of staff. All four were re-indicted this month for plotting to use the governor’s powers to make themselves rich, with prosecutors bringing new charges to strengthen their case against any appeals.

The esteemed, but increasingly fragile New York Times Company is beating the decline in traditional advertising revenues by making a modest $19.9 million profit in 2009, compared with a loss of $57.8 million the year before. The company says it made deep cost-cuts in the fourth quarter, to post net income of $90.9 million, up from $27.6 million in the same period a year earlier. The newspaper group is not alone in the flailing and failing industry. Its profit report mirrors that of other major newspaper publishers, who have cut expenses to the bone as print advertising continues to shrink, albeit more slowly. Shares in the Times Company closed down 9%, after declining 5.6% this year. Despite operating costs being cut by 15.5% in the quarter, the group’s now got to convince the market that it’s focusing relentlessly on increasing productivity and efficiency, after closing a money-losing subsidiary, and paring salaries and freezing pensions along with hundreds of job cuts. The company’s debt pile stands at $769 million, despite newspaper ad revenues falling only 17.1% in the fourth quarter, compared with a 30% drop over the first three quarters. The paper’s website revenues rose 10.3% in the fourth quarter, to $102 million, after Internet revenues fell 4.1%, to $337.4 million for the year. There’s huge catch-up needed for Web products — for everybody in papers.