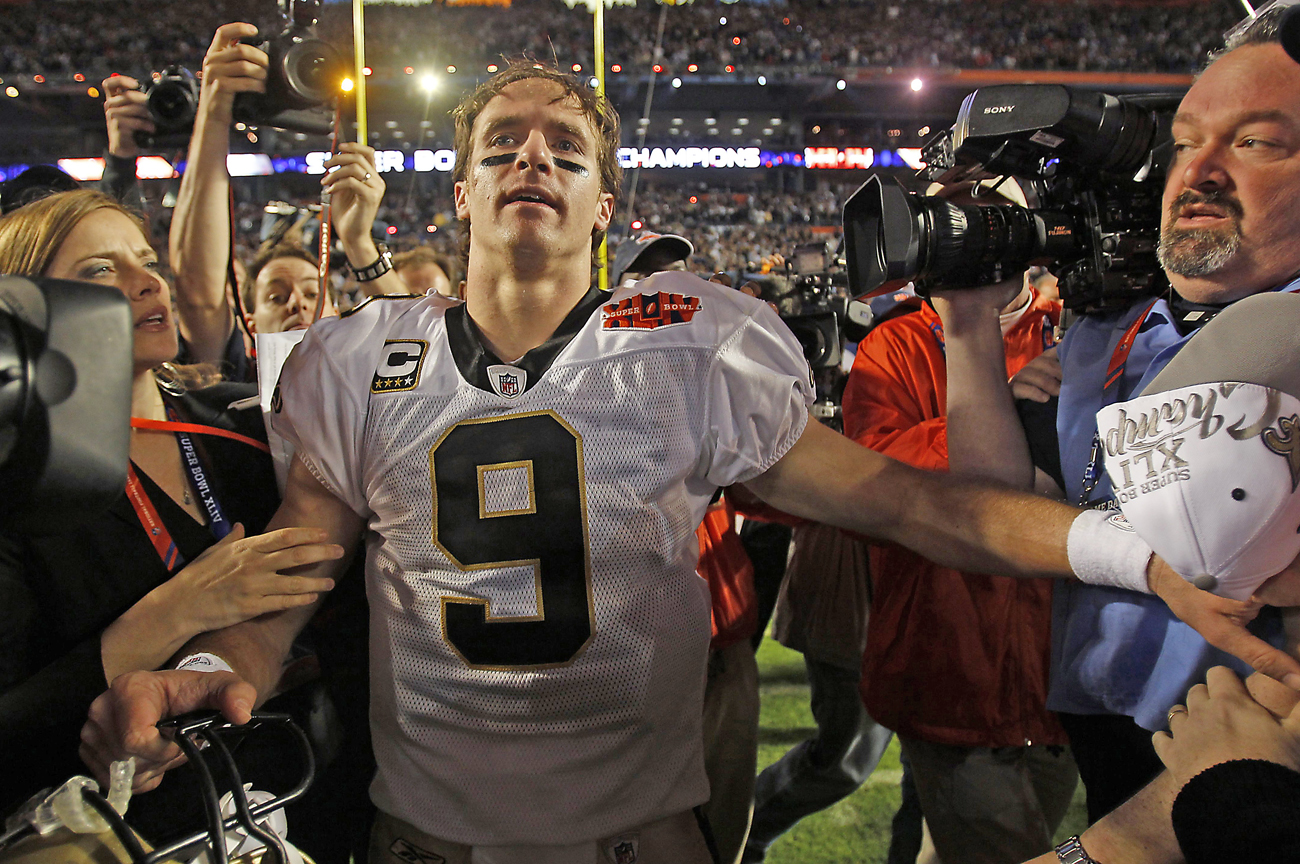 The Saints won the Superbowl. And if you don't understand why that is important – financially and psychologically – you really need this quick education on the sport, the game, and the all-important advertising.

The highly-favoured Indianapolis Colts, guided by their all-star quarterback Peyton Manning, faced America’s sentimental favourite the New Orleans Saints, in Sunday’s Super Bowl – and the Saints came marching in as the unexpected victors: 31-17.

The Saints narrative was compelling even before this upset win. The team almost left its home city four and a half years ago, when New Orleans was battered by Hurricane Katrina in late 2005 and its home stadium became a half-ruined shelter for homeless victims of the hurricane and the flooding that came with it. In the aftermath it played the entire following season as vagabonds without a home city or stadium. But the way to football glory ultimately stemmed from these daunting challenges.

The team that was often so terrible during its 42-year history that many of its fans chose to wear paper bags over the heads so as to avoid watching their misplays, came, instead, to symbolize the city’s gritty spirit is it set out to rebuild.

This Sunday, the Saints were headed by quarterback, Drew Brees, a player who had tied his career to resurrecting the team and who had made personal contributions to the city’s rebuilding as well. During the game, witnessed by what may have been as many as 800 million people on television worldwide according to CNN, the Saints played almost without error.

The actual play that locked down the Saints’ march to victory – capping a return from an early 10-0 point deficit – came just a few minutes before the game ended. One of Colts quarterback Peyton Manning’s forward passes was intercepted by Saints defensive team Tracy Porter, ironically a Louisiana native just like Peyton Manning. Porter then returned this interception for 74 yards (3/4ths the length of the field) for a touchdown (a six-point score) that seemed to take the air out the Colts. For the entire game, Drew Brees completed 32 of 39 his forward pass attempts for 288 yards and two touchdowns, tying the Super Bowl record for completed forward passes. Although Brees has often come off second best to Manning in comparisons as to who is the better quarterback, on this particular day, in this game, Brees was the better on-field general and his team was the winner.

The Saints also called a particularly gutsy play when, after failing to advance the ball to a first down (10 yards of forward progress in four “downs”), they carried out an onsides kick – a slanting kick close to their own line. This play gives either team a chance to claim the ball and begin the downs series again, a high risk/big-reward kind of play. The Saints got lucky. The ball bounced off a Colts player’s helmet and was caught by the Saints again to begin yet another drive to the goal line. The Saints, who travel with a couple of nuns and a priest as part of its entourage, apparently had its prayers answered after nearly half a century of being ignored.

The Super Bowl has grown into one of the biggest TV sports broadcasts, and is the most heavily bet-upon sports event in America. It is also the day on which, apocryphally, water pressure drops precipitously in major American cities during time outs, as millions of TV viewers make a quick dash down the hall, before returning to watch the game or the heavily promoted halftime entertainment and eagerly anticipated commercials. These commercials cost up to$3 million each for advertisers, for just half a minute of airtime. Surveys say over half the American population saw at least part of the Super bowl last year and the final tallies for this game are certain to hit at least the same level. The Super Bowl is now a broadcast brand that ranks ahead of the Summer Olympics, the World Cup or the baseball World Series for viewers in North America. Photo: Roger Daltrey and Pete Townshend of the British rock band The Who performed during the halftime show. REUTERS/Jeff Haynes

TV commercials on the broadcast are an integral part of the national conversation, giving a serious motivation for sponsors to join the televised party. This year, an ad for a gay dating-related website ended up being rejected by the broadcasters (although some media observers believe the bid was actually carefully planned ambush, viral advertising for the organisation’s website). One particularly well-received commercial this Sunday featured Jay Leno and David Letterman – separated by Oprah Winfrey on a sofa – advertising the new rivalry between late night TV hosts. This year, the US Government even advertised during the game on behalf of the decennial census to encourage people to fill out their census forms rather than require the government to revisit homes (and spend a lot more money) to achieve the fullest possible census participation. Census data is key to defining congressional districts and it has a major impact on federal spending as well.

Meanwhile, as game time approached, millions of fans and would-be viewers across the Northeastern US had been worried their television reception via cable would be blacked-out by a major snowstorm that was snapping connection cables due to the added weight of the wet snow – and thousands quickly reinstalled old-style antennas across the Northeast to watch the game on the CBS TV network instead.

At the game, “American Idols” star Carrie Underwood sang the national anthem, Queen Latifah sang “America the Beautiful,” and the half time show headliners were the 1960s supergroup, “The Who” (with no wardrobe malfunction as was the case with Janet Jackson and Justin Timberlake a few years ago).