Will 'liquid glass' change the world, or give you lung...

Will ‘liquid glass’ change the world, or give you lung cancer? 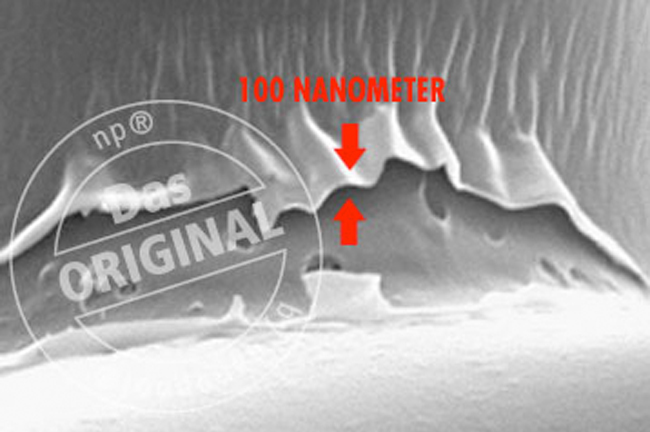 A company in Europe is touting a new nano-scale silicon coating as a revolution that will banish dirt and detergents to the history books – and vine rot, and bacterial infections, and graffiti too. But we're learning that small things can kill you, so the comparisons with asbestos aren't going to go away.

The claim sound outrageous, however you slice it. You buy a spray can for under R100, turn it on your favourite pair of velvet pants, and they last forever. If the dust buildup gets really bad, you just rinse it under the tap.

Or you coat your grape vines with it, and they don’t fall prey to fungal infections. Or you spray it on your car, and toss away everything in your cleaning arsenal except the garden hose. Put it on the hospital floor and fewer people will get infections. Put it on war monuments and vandals’ spray paint will simply wipe away.

This is what German company Nanopool has been telling the media, and the media love it. It’s the kind of simple, fundamental breakthrough with a real impact on everyday life that men in white coats are supposed to come up with every other day, after all.

Nanopool is conversationally calling its product liquid glass. It’s a little guarded about the details, but describes the product as almost pure silicon dioxide, which on application forms a layer that is 30 molecules or less thick. At that depth it stays flexible and breathable, the company says, while bonding with just about any surface you can imagine.

Once applied it makes the surface slick enough to resist dirt, water and make for a poor breeding ground for bacteria or fungus. Termites won’t eat it, UV and heat won’t damage it, and so on and so forth.

Studies on its use in public transport and hospitals are apparently going on in the UK, with results to be published during the course of this year.

In the meanwhile, however, nanomaterial experts have just one little problem: silicosis. Breathing in silicon dust can cause severe lung problems. Breathing in other materials that are innocuous until manufactured on nano-scale have also been shown (in preliminary research, still to be confirmed) to cause lung cancer. If the liquid glass product is prone to erosion into particles rather than remain a single surface when under stress, its health risks could easily outweigh any benefits. But we won’t know that until more independent research is done, and the time that’ll take may delay Nanopool’s planned revolution for a while yet.