Asteroid doomsday, aka Armageddon, 2036: for sure say Russians, maybe not says NASA 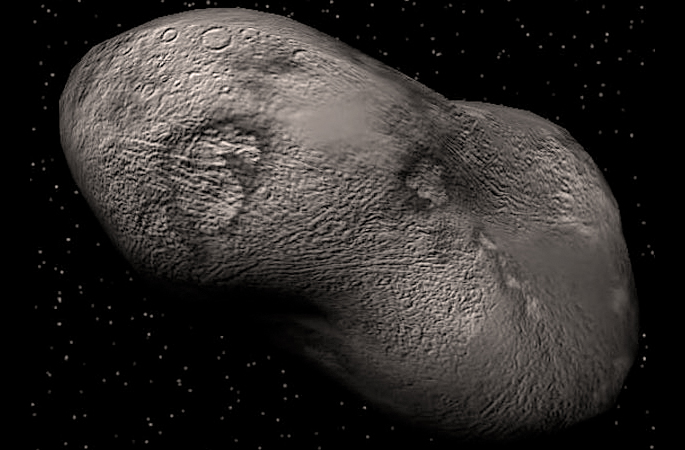 The asteroid Apophis, were it to hit the Earth in 2036, would explode with the force of more than half the weapons in the United States nuclear arsenal. That would be bad. True to form, though, the old Cold War enemies are in disagreement about the dangers.

Here at the Daily Maverick we seem to have developed a fascination with the End of the World. Perhaps we doth protest too much, but we’d just like to point out that it’s not because we’re naturally apocalyptic. Our apparent propensity to run doomsday stories, if you’ll indulge us, is simply because our editor knows a good news lead when he sees one. His instincts have been proven correct by the retweets and comments we get on such articles, by the fact that the writer of this piece was personally warned to start repenting by a sect that’s pegged judgment day as May 21st, 2011, and by the fact that you’re still with us at the tail-end of this 130-word opening paragraph.

From all the doomsday predictions we’ve covered thus far, though – including the abovementioned 2011/05/21 sect, the Mesoamerican Long Count calendar, which argues for 2012/12/21, and the History Channel, which argues for just about any date that hasn’t yet passed into history (which makes you wonder about the channel’s name) – the one that seems the most statistically probable to us is 2036/04/13.

That’s when the asteroid Apophis, a 300-metre-diameter chunk of rock, terribly inconveniently named after the Egyptian god of “uncreation”, has a one-in-four-million chance of hitting Earth.

Wait! Don’t click out yet! The reason we’re running this story is that Apophis initially had a 2.7 percent chance of hitting Earth, on April 13th 2029. Using updated information, though, NASA scientists recently recalculated the path of the large asteroid, and decided that the refined data indicated a much-reduced likelihood of a hazardous encounter with our planet on the same date in 2036.

Numerologists, cult members and History Channel staffers will have noticed by now that the gap between these two dates is seven years, a very significant number (days of the week, oceans on Earth, continents on Earth, days it took God to create the world including Her rest-day, etc). We encourage you to reach your own conclusions on that score, really we do. As logical-positivist newsmen, what’s important to us is that on April 13th 2029 we’re still going to see a record-setting close encounter with a lethal asteroid – Apophis, say the updated NASA stats, is then going to approach within 18,300 miles of our planet – and that on April 13th 2036 many of us might perish in a cataclysmic collision – the chances, remote as they may be, are nevertheless slightly greater than you being struck by lightning, and much greater than a monkey at a keyboard typing out the complete works of Nostradamus. Or was it Shakespeare?

The Russians, who by default don’t believe in NASA’s stats, aren’t about to take any undue risks. * The Russian Federal Space Agency is considering the funding of a project to deflect the 880-megaton asteroid, and aside from one small problem, there’s every reason to take them seriously. Anatoly Perminov, the agency’s head, held a news conference in late December 2009 in which he stated that the asteroid “will surely collide with the Earth in the 2030s,” and that he’d heard this information from a scientist.

“We should pay several hundred million dollars and build a system that would … prevent a collision, rather than sit and wait for it to happen and kill hundreds of thousands of people.”

The one small problem? Perminov refused to name his lone scientist. Ah, well.

* (To be fair to Russians, Nasa did miss Mars by several million miles in 1999, when it lost a $125 million Mars orbiter. As it happened, a Lockheed Martin engineering team used English units of measurement while the NASA team used the internationally accepted metric system. Perhaps not always good to use the lowest-bidding suppliers. – Ed.)

Land Rover Freelander SD4: Something good gets even better

Beyond Bitcoin: DeFi the status quo – decentralised finance is not so impossible and not that far away