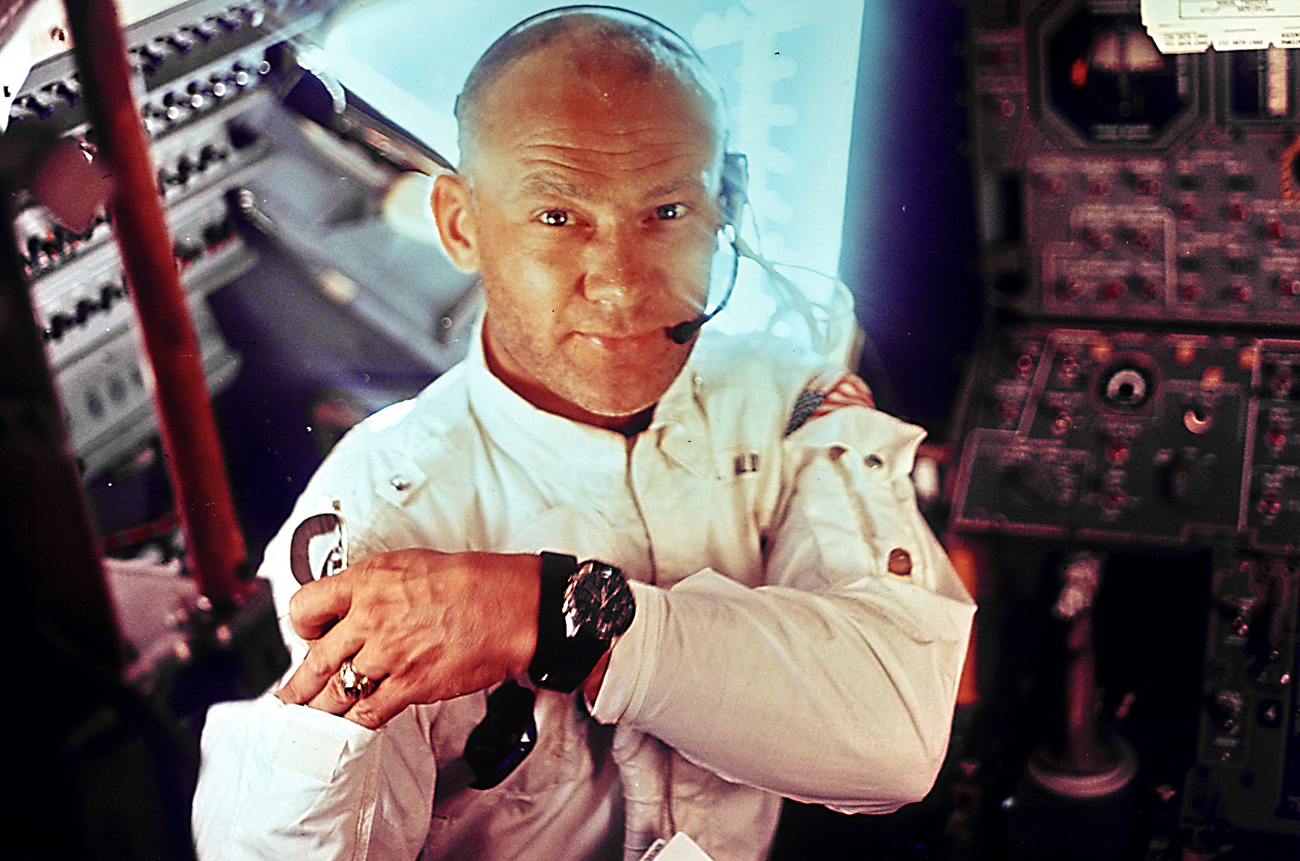 In the annals of men who came second, Buzz Aldrin is arguably the most famous of them all. On his 80th birthday we look back on his life, and consider why idiotic talk-show hosts clamor to interview him.

“Buyakasha! Check it out, I is here with none other than my main man Buzz Aldrin.”

Ali G’s legendary interview with former astronaut Buzz Aldrin got right at the nub of things in the opening few seconds. “I know this is a sensitive question, but what was it like not being the first man on the moon? Was you ever jealous of Louis Armstrong?”

Clearly, Aldrin hadn’t been exposed to the straight-faced society-upstaging humour of Sasha Baron-Cohen before. “It’s Neil Armstrong,” he said, “and no I wasn’t jealous. He was a very, very qualified person.”

As with most of Baron-Cohen’s early work, what made the skit funny was the interviewee’s wish to appear helpful, to avoid offending, to come across as a nice guy. The piece got especially hilarious when Aldrin was asked whether he thought man would ever walk on the sun, and he replied, in emphatic but patient seriousness, “No, the sun is too hot, it is not a good place to go to.”

Funny as it was, though, there was something about Ali G’s interview with Aldrin that was uncomfortable; a sense – as would emerge in later years with the Borat character – of an element of unfairness to the joke. Aldrin, after all, wasn’t the typical self-serving politician or celebrity you’d see on the Ali G show, he was a genuine hero of the ages, the second person to ever set foot on the moon. And that, the viewer couldn’t help thinking, was why Baron-Cohen wanted to get to him.

Today is the 80th birthday of the man who is the most famous number two alive, if not ever. Names like Prince Harry, Joe Biden and, um, Dick Muir don’t come close. There have been countless second-banana princes, presidents and rugby coaches before, but only one man in history can be the second person to walk on earth’s timeless satellite.

Here’s how Norman Mailer once described the great number two, in his book about the Apollo 11 mission entitled A Fire on the Moon: “Aldrin, all meat and stone, was a man of solid presentation, dependable as a tractor, but suggesting the strength of a tank, dull, almost ponderous, yet with the hint of unpredictability, as if, eighteen drinks in him, his eyes would turn red, he would arm-wrestle a gorilla or invite you to join him in jumping out a third-storey window in order to see who could do the better somersault on the follow-through out of the landing.”

Not that the younger Aldrin was only brawn and bravado and nothing else. In 1951 he graduated third in his class from West Point, with an undergraduate degree in mechanical engineering. He served as a jet fighter pilot in the Korean War, where he flew 66 missions and shot down two “bogeys,” before landing a position as aide to the dean of faculty at the US Air Force Academy. After a stint as a squadron flight commander in Germany, he completed a doctorate in aeronautics at MIT.

In 1963, NASA picked Aldrin up from the test pilot school at Edwards Air Force Base, appointing him part of the agency’s third group of astronauts. One of the chief reasons he was picked for the Apollo 11 moon mission was the record he set for extra-vehicular activity on previous spaceflights, where he proved that astronauts could work outside spacecraft.

In the years following his NASA career, Aldrin battled with clinical depression and alcoholism, as outlined in his autobiographies Return to Earth (1973) and Magnificent Desolation (2009).

To his credit, in his late 70s Aldrin ably stopped himself from turning on Baron-Cohen after the third in a series of incredibly dumb questions.

“Me know you’s been asked this like a zillion times, it must really get on your tits bein’ asked it, but let’s just sort it out. What do you say to all those conspiracy theorists who come up to you and say: does the moon really exist?”

Aldrin kept his voice and body language in check, stressing the point a few times before looking directly into the camera. “The moon does exist. And we went there.