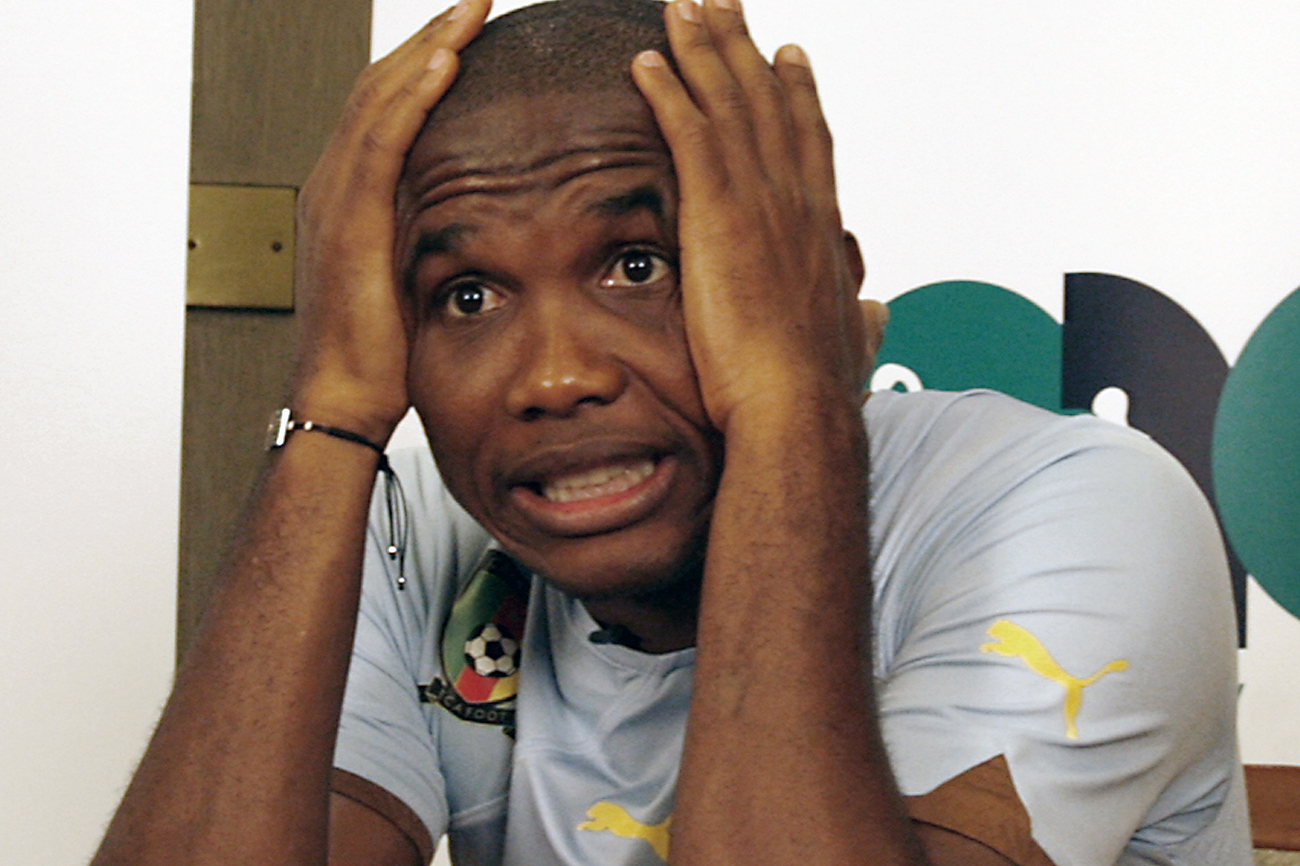 Gabon have become yet another giant-killer, causing a major upset at the Africa Cup of Nations by beating four-time champions Cameroon 1-0.  Along with Algeria, Ghana, Nigeria, Ivory Coast and SA’s Bafana Bafana, Cameroon will be playing at the 2010 World Cup, so Hull City striker Daniel Cousin’s goal in the 17th minute for Gabon will have shocked them. Gabon resisted intense Cameroonian pressure in the second half, with former Barcelona striker and Cameroonian captain Samuel Eto’o coming close to getting the ball in the net.

In the day’s later match, Zambia and Tunisia drew 1-1, with both sides failing to move ahead in their group after their dominant rival Cameroon failed to beat lowly Gabon. Zambia started well with a strike at Tunisia’s goal. The north Africans didn’t look like a side that is usually one of the strongest in Africa. The Zambians took the lead in the 19th minute, but then Tunisia equalised out of nowhere in the 39th. Thereafter, the Zambians controlled most of the game, and were unlucky to have a late header ruled offside.

Pent-up frustration has erupted over a long-postponed election in Ivory Coast, with police using batons and tear gas against protesters pelting them with stones. There were injuries after hundreds of demonstrators marched on the state television station after opposition presidential candidates Henri Konan Bedie and Alassane Ouattara complained the government-run press was ignoring them. The vote has repeatedly been postponed since 2005, after a 2002 civil war split the country into north and south. The poll is scheduled for the end of February or early March, but the country may see more election delays and bloodshed after Ivorian Prime Minister Guillaume Soro annulled hundreds of thousands of disputed names on the electoral register. The register is a sore point in a nation that banned Ouattara from 2000 presidential elections under the pretext that his parents were foreign nationals, which stirred trouble in the Muslim north.

A Nigerian judge says the country’s vice-president can perform all duties on behalf of Muslim President Umaru Yar’Adua without any formal transfer of power. The president is being treated in a Saudi Arabian hospital for heart problems, fuelling fears of a power vacuum in a country with a population of about 140 million comprising slightly more Muslims than Christians. Nigeria alternates the presidency between the north and south of the country, to keep the religious balance in check, but some politicians have been angling for giving vice president Goodluck Jonathan, a Christian from the south, full official powers while the Yar’Adua recovers. However, northern power brokers may be reluctant to see this happen before the next presidential election in 2011.

Guinea’s military coup leader, Captain Moussa Dadis Camara, has been taken to Burkina Faso six weeks after an aide tried to assassinate him by shooting him in the head. He has now been transferred from a Moroccan hospital, just as his stand-in for the last six weeks, General Sekouba Konate, held talks with opposition politicians and made it clear he wants to steer the country to elections. Officials in Burkina Faso say Camara will continue recovering there, but no-one is saying why he hasn’t returned to Guinea. Troops ran amok, killing some 200 people in the capital, Conakry, last September after Camara indicated he wanted to run in presidential elections in 2010. Burkina Faso’s leader is mediating the crisis, which started after a December 2008 coup.

A Johns Hopkins University study in the US says a UN programme to combat child deaths from disease in West Africa has failed, despite the global body spending nearly $30 million on vaccinations, vitamins and malaria nets in 11 countries. Researchers studied parts of Ghana, Mali and Benin, and said children often had better survival rates in areas where the programme was not introduced. That’s a perplexing and disquieting result, especially as the UN children’s fund Unicef claims the Johns Hopkins study shows the programme managed to raise general standards of care. The study said too few community health workers had been on hand to provide proper treatment to many children with pneumonia, diarrhoea or malaria in areas Unicef covered. There’ll be lots of politicking over this.

BP to pump $10 billion into Egyptian oil and gas projects

BP (formerly British Petroleum) is to spend $10 billion on Egyptian oil and gas exploration over the next few years. North Africa has become a major source of European energy stocks. Egypt is a major natural gas exporter, along with Algeria and Libya, where British and US energy firms, such as Shell, BP and ExxonMobil, have made large investments. The Libyans are being courted by Western countries after they renounced their weapons of mass destruction programme.

A Jamaican Muslim preacher who spent four years in a British jail for preaching hatred against Hindus and Jews was returned by Nigeria to Kenya after the Kenyans attempted to deport him to the tiny west African nation of The Gambia. Abdullah al-Faisal is back in a Kenyan prison after airlines refused to carry him, which led to his Nigerian transit visa expiring. Now a Muslim rights group has appealed against his continued detention, saying no charges have been brought against him. Earlier, the Kenyans tried to deport him to Tanzania, but along with Jamaica and Western countries, no one wants to take him. The Muslim Human Rights Forum says Faisal should be brought before the courts. British authorities say that one of the 7 July 2005 London suicide bombers was heavily influenced by the preacher, and that shoe-bomber Richard Reid visited British mosques where al-Faisal preached. Talk about persona non grata.