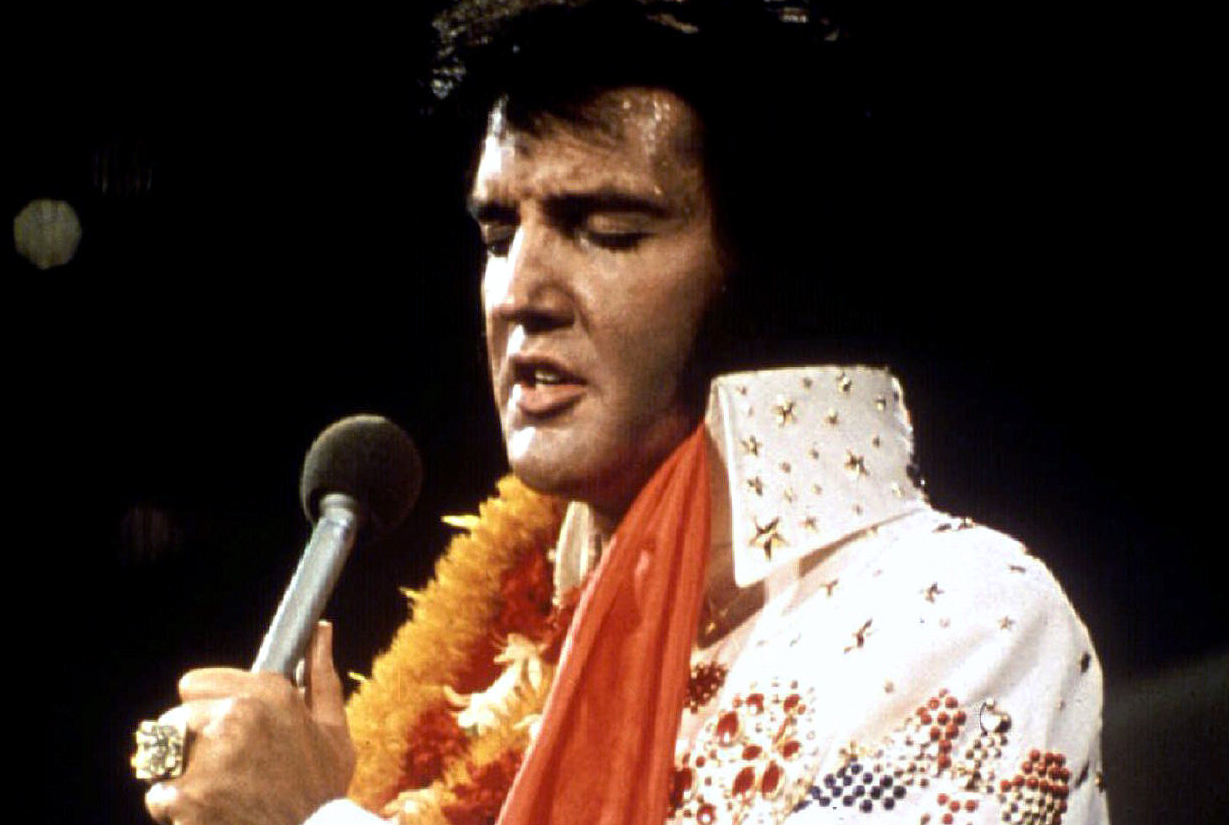 Had Elvis Presley lived, today would have been his 75th birthday. Of course, there are still those who say he didn’t die, but they’re now getting really old, if not dying themselves. Question is: can Elvis appeal to the next generation?

In early 2003, a few months after the 25th anniversary of Elvis Presley’s death, renowned rock critic Greil Marcus wrote a long, thoughtful piece about the waning influence of The King in popular culture. At the time, it seemed to Marcus that “more than two years after the last interesting Elvis impersonator, Bill Clinton, had left his stage, the real story was the evaporation of Elvis Presley in American life.”

Today, January 8th 2010, would have been Elvis’s 75th birthday – and Marcus’s observation seems more pertinent than ever. Google News may offer you 575 related articles from around the world on the subject, but relative to the top item of the day, Obama’s bolstering of security after the foiled Christmas airline attack (6,640 related items), it’s a surprisingly insignificant news leader.

Yes, there will be Elvis impersonation contests everywhere from Memphis to Sydney today, and yes, the big broadcast news networks will run their nostalgia-packed snippets on a 24-hour loop, but tomorrow, aside from the fans and the crazies (granted, there’s a whole bunch of these), the world will go back to getting along fine without him.

Seven years ago, Marcus explained it like this: “The commemoration of the twenty-fifth anniversary of August 16, 1977 seemed more than anything a media mirage churned up by Graceland smoke machines. A Graceland spokesman had recently discussed the problem facing the operation: if Elvis Presley was indeed immortal, his fans were not. Many of Elvis’s original fans were dying off; if the enormously successful marketing of Elvis Presley over the last 25 years were to continue, they would have to be replaced by people who were not even born when Elvis Presley died.”

Of course, to be fair to the argument, we have to at least ask whether a resurgence of interest has happened since Marcus wrote these words. On paper, it appears there may have been. In 2003, a remix of “Rubberneckin”, a 1969 recording of Presley’s, topped the United States sales charts, as did a 50th-anniversary re-release of “That’s All Right” in 2004. “That’s All Right” was also a hit in Great Britain, reaching number three on the charts.

In 2005, another three reissued singles – “Jailhouse Rock”, “One Night”/”I Got Stung”, and “It’s Now or Never” – got to number one in Great Britain. A total of 17 Presley singles were reissued during that year, all of which made the British top five. In fact, 2005 saw Presley heading Forbes magazine’s top-earning deceased celebrity list for the fifth year in a row, when he grossed $45 million for the Presley estate over the preceding period.

Last year, Presley fell to fourth on the Forbes list, behind Yves Saint Laurent, Rogers and Hammerstein, and Michael Jackson. It’s nothing for Priscilla or Lisa Marie to be excessively worried about, but it’s a slide. More concerning, perhaps – although in a much more complicated and contested way – is the fact that The Elvis Is Alive Museum closed its doors last October, because the owner, who was getting old, couldn’t find a buyer.

Refusal to accept that the object of one’s devotion is dead is, without doubt, the most extreme form of fandom; it’s where the noun “fan” reaches back to its etymological roots in “fanatic” and “fanaticism”. Elvis, until now, has been the only popular culture icon to have spawned a thriving industry on the rumour that his death had been greatly exaggerated – Marilyn and JFK come nowhere close, and neither does Hitler (although here, admittedly, the boundaries of popular culture begin to get blurred).

That said, will the generation born after 1977 find any solace in the theory that Elvis is actually a drug enforcement agent working for the FBI? Can a tabloid headline that he’s been spotted in the dairy aisle, buying frozen yoghurt, sell to thirty-somethings and younger?

Unlikely. If Elvis is to live to 100, his music alone will need to get him there.

Watch: Elvis Presley, You are always on my mind