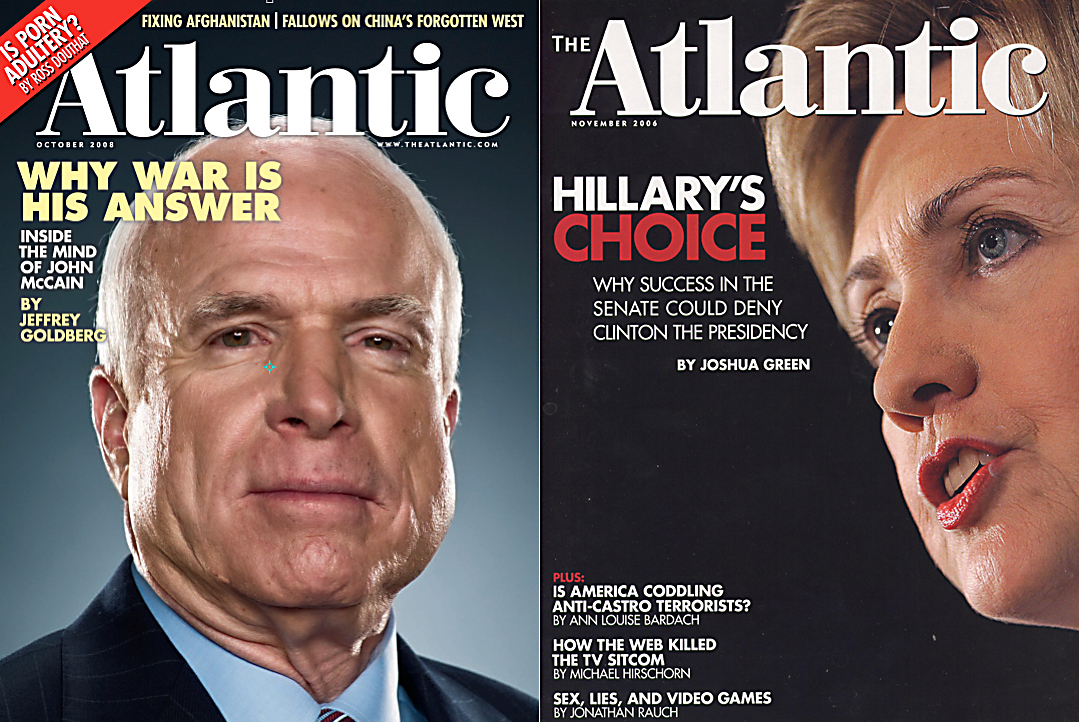 To err is human; to come clean divine. The Atlantic magazine, one of America’s oldest and most respected monthly journals, looks back on a decade of awkward errors.

In its long history, The Atlantic magazine, previously known as Atlantic Monthly, has gotten some major predictions dead-on – the most famous of which was an article on information networks by Vannevar Bush, published in 1945, which foresaw the creation of the Internet. The venerable magazine has also, of course, gotten more than a few predictions dead wrong. But where it differs from a host of other titles, we think, is in its willingness to admit its mistakes – ‘cos at least one of these failed predictions is so cringe-worthy that the authors, had they any shame, would long ago have adopted pseudonyms.

First up, and the example to which we’re referring above, is an article by James Glassman and Kevin Hassett published in 1999. The two men, both fellows at the American Enterprise Institute, had just heard federal reserve chairman Alan Greenspan’s warning about “irrational exuberance” in the marketplace, and not only had they rejected the phrase out of hand, they had also gone on to write that the Dow Jones Industrial Average would soon reach 36,000.

Ja, well. Question is, following the dotcom bubble burst of 2000 and the even bigger housing mortgage burst of 2008, have Glassman and Hassett repented? Not quite – Glassman recently told the Washington Post he thinks the Dow is set to double its current all-time high, and his only concession to the 1999 gaffe was an unwillingness to commit to a date.

It’s this blind Norman Vincent Peale-type “positivity” of Glassman and Hassett that gets them the prize, in our opinion, because in second position is an article by William Langewiesche that was perhaps even more unfortunate in terms of the timing.

Langewiesche, one of the world’s most highly acclaimed conflict journalists writing in the long-form genre (he has since left The Atlantic for Vanity Fair), submitted a piece for the October 2001 issue under the cover line, “Peace Is Hell: Why keeping a few thousand heavily armed, seriously bored soldiers in Bosnia strains the whole U.S. Army.” The focus of the article was the ennui and financial waste of the peacetime army, and it hit shelves in early September 2001, just a few days before the most brutal strike ever by an aggressor on the US mainland.

Positions three, four and five of The Atlantic’s major errors of the decade don’t really come close to these two, although you can’t help but admire the magazine for including them anyway. In no particular order then: a poll of “Washington insiders” from mid-2005 asserting that Hillary Clinton would be a certainty for the 2008 Democratic presidential candidate; a piece from March 2005 suggesting Ewan McGregor, Colin Farrell and Orlando Bloom as contenders for the next Bond (no mention of Daniel Craig); and an essay from November 2002 arguing that once Saddam Hussein fell, Iranians would overthrow their own hard-line government and – along with Turkey and Eritrea – help Israel to peacefully withdraw from Gaza.

Okay, so maybe the last one does compete for sheer scale with the Dow Jones and 9/11 goofs. Still, how about a round of applause for The Atlantic?