The Miramax moral: what happens when the founders leave

The Miramax moral: what happens when the founders leave 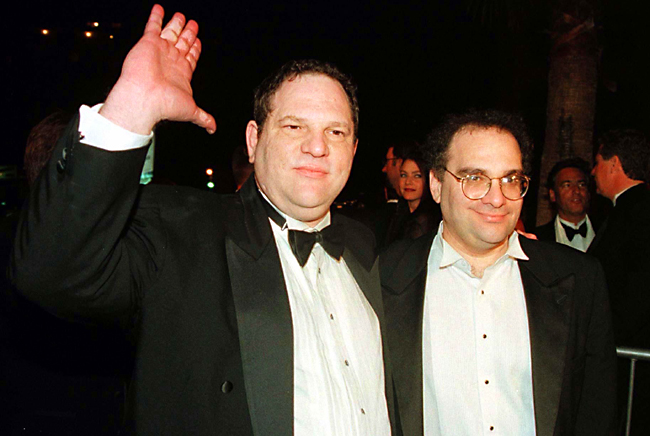 Miramax Films, the once world-beating film distribution company named for the parents of Harvey and Bob Weinstein, is on its last legs. And the brothers may be the only people on earth who can save it.

Thirty years ago, when brothers Harvey and Bob Weinstein decided to launch a film distribution company in Buffalo, New York, it seemed to them that the most auspicious name they could stick on their letterheads – the name that would bring the most luck – was a combination of the first names of their parents. And so Miramax Films came into being, a filial nod to Miriam and Max, and the brothers’ long-cherished dream of finding and distributing independent films was a working reality. Initially they operated in a niche deemed too risky by the big studios, who wouldn’t touch a project unless the commercial model was proven. But after three years of struggle their first success came, when they reworked two films of British producer Martin Lewis into one film for US release – The Secret Policeman’s Other Ball.

Throughout the 1980s the Weinsteins repeated this formula, buying up the US rights for foreign films and translating them into something the local audience could appreciate. Sex, Lies, and Videotape, My Left Foot and The Tall Guy were amongst their major triumphs of the decade. In 1991 they released In Bed with Madonna, and the following year took a chance on a young director name Quentin Tarantino and a film called Resevoir Dogs. In 1993, The Walt Disney Company bought Miramax for US$70-million.

Harvey and Bob ran the shop that bore their parents’ name for another twelve years. In that time they enjoyed more independence from Disney’s head office than just about any other division in the conglomerate, a status that was more than paid for by such high-grossing cult films as Pulp Fiction, Muriel’s Wedding, Trainspotting and Good Will Hunting. Then in September 2005 they declined to renew their contract, and things began to go horribly rotten.

Last week the big news in Hollywood was that Daniel Battsek, who had been hand-picked in 2005 to replace the Weinsteins, was being forced out of his job as Miramax president. Earlier in October, after a series of flops had seriously depleted the company’s cash reserves, Disney cut 70 percent of the division’s workforce, leaving it with a staff of just twenty. Also, in January 2010, Disney will close both the New York headquarters and Los Angeles office, confining Miramax to a skeleton staff at the Burbank lot.

The only lesson to take from this, it seems, is that contrary to popular wisdom some people can’t be replaced. Or maybe it’s that when you’re running a company that bears the name of the founders’ parents, and the founders are no longer there, your blessings are going to dry up.

Photo: Harvey (L) and Bob Weinstein of Miramax Films arrive at the Miramax party March 24 at the Mondrian Hotel in Los Angeles. Miramax distributed the films “Sling Blade” and “The English Patient.” REUTERS