To stand a chance in fight against corruption, ANC must...

To stand a chance in fight against corruption, ANC must empower its integrity commission, or else 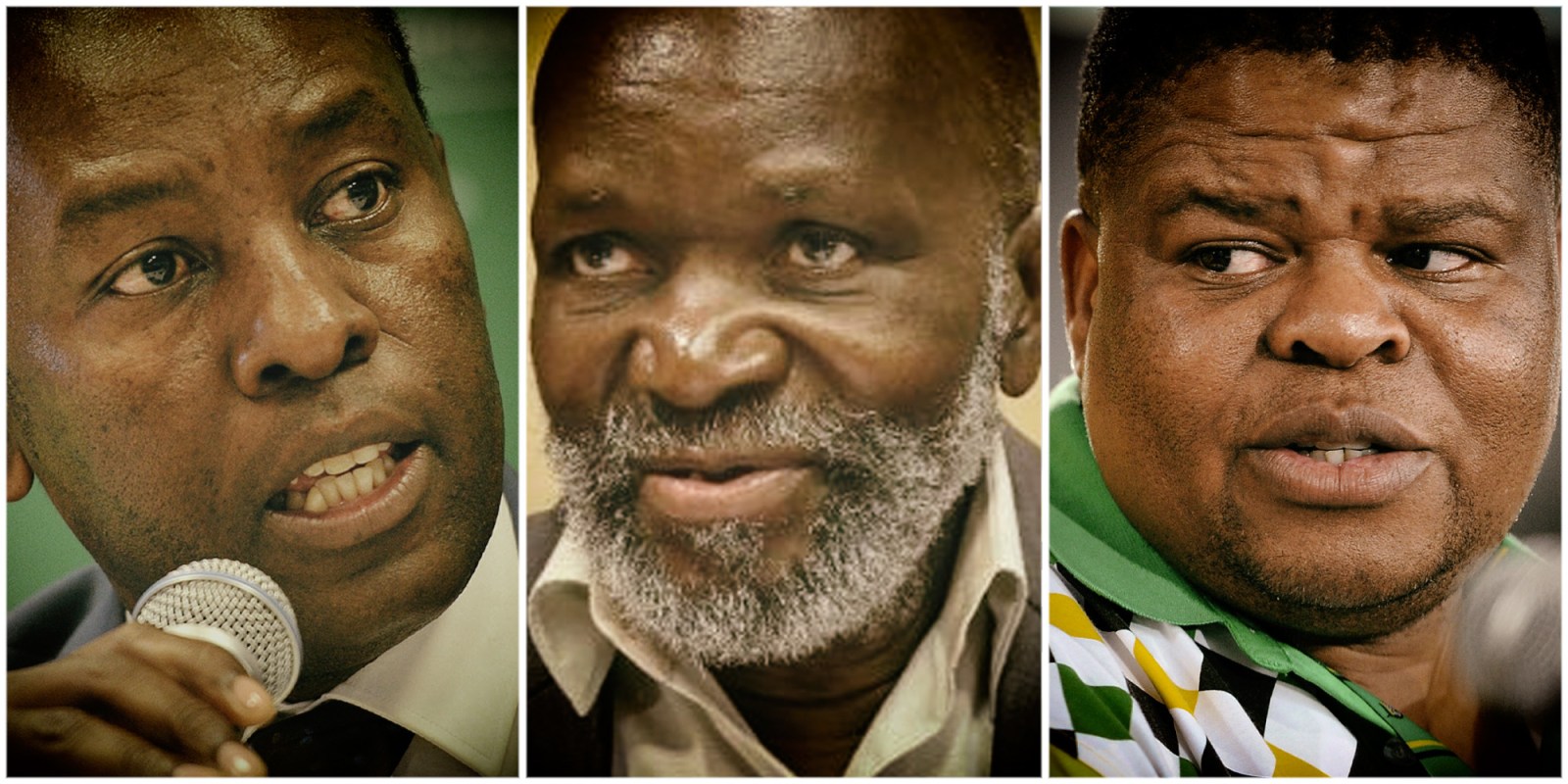 While the ANC’s national policy conference resolved to retain the ‘step-aside’ resolution, it is becoming more obvious that one of the big issues facing the party ahead of the 2024 elections is its inability to fight corruption.

A series of developments at the ANC’s recent national policy conference would appear to again confirm its impotence in fighting corruption within its ranks — and an interview with the chair of the ANC’s integrity commission, George Mashamba, may be particularly revealing of its inability to actually do anything about notoriously corrupt people like Mosebenzi Zwane and David Mahlobo.

It was former president Kgalema Motlanthe who shone a light on what may be a way forward for the party. And yet, at this very same event, the actions of National Executive Committee (NEC) member Tony Yengeni once again point to the long-term consequences of the ANC’s failure to follow its own constitution.

When opening the conference, President Cyril Ramaphosa made a forceful statement, stating that South Africa “would never forgive” the ANC for “turning its back” on the fight against corruption. It was an example of how both he and the party publicly claim that they are determined to root out those who are corrupt from their ranks.

Key to this is how the party has reacted to the Zondo Commission’s findings that its top officials were corrupt as hell, and in at least one case, was a “Gupta minister”. So important is this to the ANC that it devoted an entire session of its policy conference to discuss just this issue.

But away from the plenary hall, there were indications that not one of those who were implicated in State Capture is at all concerned.

In what can only be described as an extraordinary interview on Newzroom Afrika, the chair of the ANC’s integrity committee, Mashamba, gave this writer every impression that the party is simply not serious about corruption.

Two weeks ago, the NEC said that those implicated in the Zondo Commission’s final report must willingly go to Mashamba’s commission to explain themselves. They were given two months to do so.

But Mashamba confirmed that not one person had reported to his committee since the NEC decision.

When asked if he was disappointed by that, he said: “No, no … I forget, they say they will send a list … I don’t know, but maybe after this [the policy conference] they will be able to give us a list of people mentioned there.”

When I told him that the fight against corruption was vital to the ANC and that “the body that you chair, the integrity [commission] is absolutely vital to that”, his response was to laugh and say: “I don’t know about it, fine, okay.”

My response was: “You don’t think you are vital to it?”

This elicited a stronger, more substantive response, with Mashamba saying: “Well, there is a commission and an elected leadership… We deal with the issues of the organisation, we deal with whatever little thing we have to deal with. I call it little because there are other commissions and other committees; we make our input and they decide what to do.”

Then came more details, with a question about Mosebenzi Zwane, who was labelled a “Gupta minister” by the Zondo report.

The question was put like this: “If the ANC was serious [about fighting corruption], David Mahlobo and Mosebenzi Zwane would be scared of your organisation. The first moment they had, they would come and report to you when the NEC said they should. They wouldn’t wait two months or six months, they would come to you immediately if they took the ANC’s fight against corruption seriously.

“To me, the fact that David Mahlobo and Mosebenzi Zwane have not done that, as you have confirmed to us, says they are not worried, and that, to me, says they don’t believe the ANC is going to take corruption seriously.”

It was an important question, which may take us closer to what is really happening in the ANC.

In response, Mashamba – remember, he’s the chair of the ANC’s Integrity Commission – said: “I’ve never said they’re not worried. Perceptions are perceptions. I can’t say you are wrong or right.”

This may demonstrate that the ANC simply does not take its own integrity commission seriously.

It is important to point out that Mashamba and the members of his commission should not be blamed personally for this. He is a veteran leader of the ANC. He has given much of his life to the Struggle for freedom and democracy. And he may only be playing the hand that he has been dealt.

Rather, this demonstrates that he is a victim of the way his commission was structured and of the current ANC leadership.

This is not the first time this has happened.

The commission’s first chairman was Andrew Mlangeni. His appointment was announced by the then ANC secretary-general Gwede Mantashe in 2013. But the announcement was made before Mlangeni himself was informed of it. As he told me (while I was writing for Business Day), he had “only heard about it on the television”.

Considering the price that Mlangeni had already paid for the ANC, to treat him in this way was plain immoral.

It appears Mashamba is being treated in the same way – as someone who can be safely ignored.

The consequences of this are there for all to see.

At the same conference this weekend, the former convict Tony Yengeni tweeted an image from what appeared to be inside what was supposed to be a confidential commission discussion.

The picture was of Amos Masondo, asleep, with the message, “Eish..! NCOP chair already asleep before 12pm”.

It seems likely, if this was an image from inside a confidential commission discussion, that Yengeni was breaking ANC rules. Not for the first time.

Meanwhile, Motlanthe gave a series of interviews during the conference.

And he consistently made the point that in his understanding of the ANC’s constitution, a person convicted of a serious offence cannot belong to the party, and should be expelled. This would presumably apply to Yengeni who was convicted of corruption during the Arms Deal. (He was, famously, carried to prison on the shoulders of ANC leaders.)

Motlanthe also has a solution to the current situation, suggesting that the real problem is in the way the integrity commission is set up:

“They have no authority to ensure that the NEC actually acts on their recommendations. That’s something that may have to be strengthened by giving them original authority. Because, at the moment, they are a sub-structure of the NEC. And I think they do need original authority from the conference itself so that they can act and ensure their recommendations and decisions are given effect.”

Motlanthe is on pretty firm ground here. The weakness of the system lies in the structure, where the integrity commission can only make recommendations to the NEC. In an NEC containing so many people implicated in the Zondo findings, who can expect that they will act against themselves?

But it is also about the actions of individuals. Why has Mashamba been put in this position? Why was Mlangeni treated the way he was? Particularly when both surely deserve better from the organisation for which they have sacrificed so much.

All of this could be important for our political future. If it is true that the ANC is impotent in its fight against its own corruption, it will be less likely to regain voters in 2024.

And that could have the most profound consequences for the party and our nation. DM