On the run — Cape Town youth go the extra mile in cam... 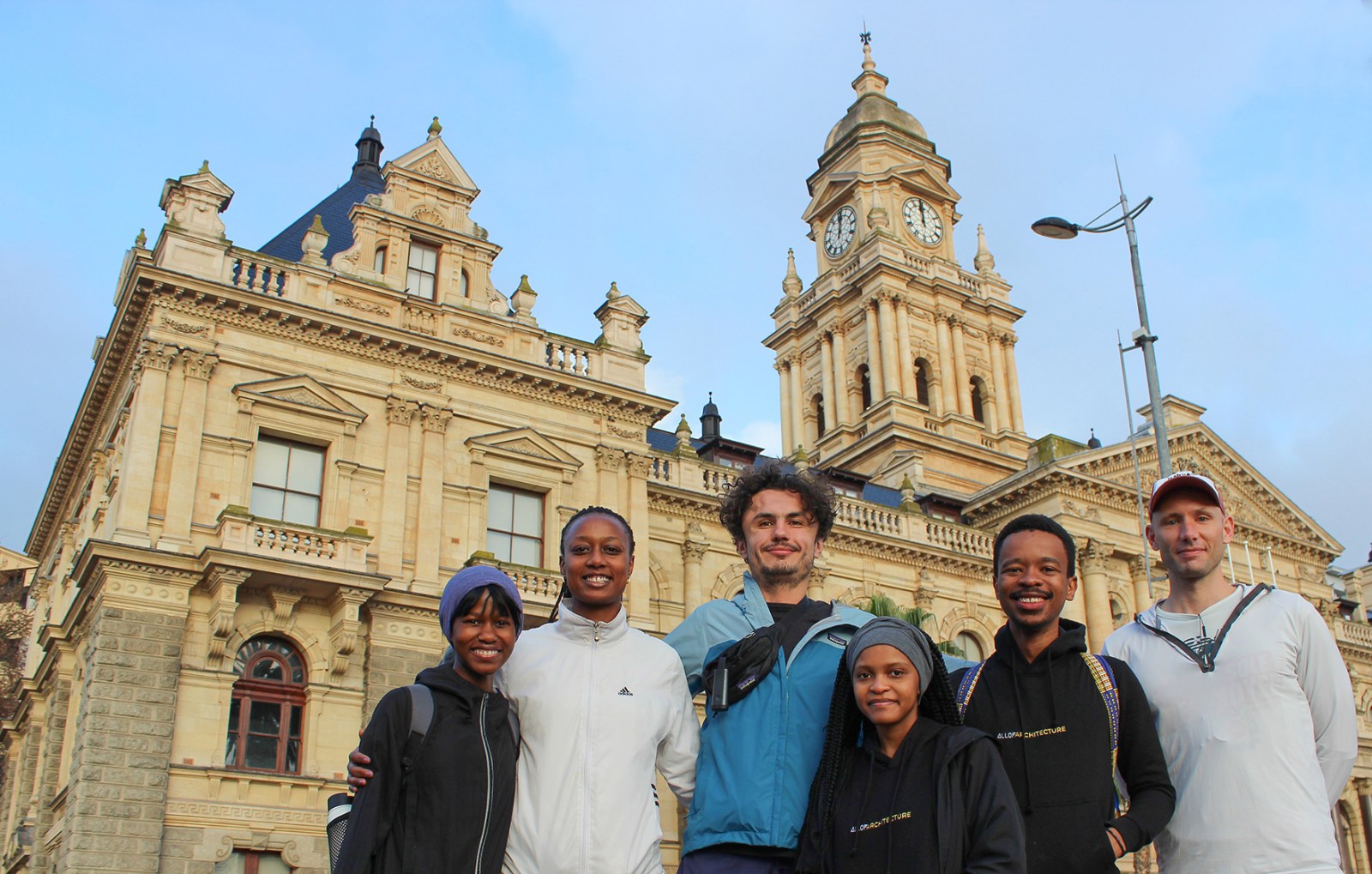 Young leaders ran routes in Cape Town on Saturday while carrying air quality monitors. The effort to gather data on air pollution in the city formed part of the UrbanBetter Cityzens for Clean Air Campaign.

The first leg of the UrbanBetter Cityzens for Clean Air Campaign in Cape Town saw young people from diverse backgrounds taking to the streets on data-collecting runs around the city. Their efforts were aimed at highlighting the need for clean air and safe public spaces within the city.

The leaders of the runs that took place in areas including Khayelitsha, Greenpoint and Cape Town’s CBD carried air quality monitors to track the levels of air pollution along their routes. An app was used to capture features of the environment that impacted air quality and runner safety.

“I wanted to be part of something as a youth, and not just sit around and see other people on the internet being part of [addressing] climate change,” said Lihle Sabisa, a run leader and resident of Khayelitsha.

Sabisa said that finding safe and healthy spaces in which to run or exercise in her community is a challenge. Pavements are often crowded with people or traders. Some local residents run along the N2 highway, but they are exposed to hazards like speeding cars and exhaust emissions.

“Through this project, I hope to teach people more about the impact of air pollution on our health, and to encourage them to take the initiative to change their ways on carbon emissions,” she said.

The campaign is the brainchild of Tolullah Oni, urban epidemiologist and founder of UrbanBetter, a collaborative and advocacy learning platform. It involves young leaders in three cities — Cape Town, Accra and Lagos — collecting data on air quality through running events.

In Accra and Lagos, the data-collecting runs will take place on 13 August and 17 September, respectively.

After the runs, the data collected will be analysed by Oni and her team. Findings will be shared with run leaders at follow-up workshops where they will be guided in using the data to plan clean-air advocacy campaigns in their cities.

These campaigns will get under way in November during COP27, the 27th United Nations Climate Change conference.

“The thing about air pollution is that it’s a really good entry point for both health and climate action,” said Oni, “because the majority of air pollutants are also greenhouse gases.”

Air pollution affects more than just people’s ability to breathe, she said. It is one of the biggest causes of the rise in strokes on the African continent.

“Exposure to air pollution significantly impacts cognitive development and performance IQ of children. It has a huge impact on cardiovascular [health].”

In South African cities such as Cape Town, young people make up the majority demographic. It is therefore important to involve the youth in urban development and decision-making, especially where it relates to issues such as climate change and pollutants, according to Theo Gibbs of YLabs, a partner of UrbanBetter on the clean air campaign.

The median age in Cape Town is 29, according to census data. The largest age groups in the city are children nine and younger, and adults between the ages of 20 and 29.

Gibbs ran a workshop for the Cape Town participants in the clean air campaign in June, where run leaders decided on their routes and gave their input on the campaign.

“We really want this campaign to be youth-led and youth-driven,” said Gibbs. “We see this as a kind of a participatory experiment in the sense that these are citizen scientists, and they are co-designing the experiment with us.”

Danél Wentzel, another of the Cape Town run leaders, chose a route in Muizenberg. As a marine biologist, she prioritised including the ocean in her data-collecting mission.

“All the forces — the wind, the waves, everything in the atmosphere — drive processes in the ocean,” she explained.

“If the people want clean air, accessible public spaces, and they make their voices heard, that’s what the government is going to care about.”

For Roland Postma of Young Urbanists South Africa, participating in the campaign was about involving more people in the conversation about mobility and urban design. He led a run through Cape Town’s CBD, from the City Hall towards Woodstock.

“That area covers a very mixed demographic [where] lots of changes are being planned,” he said. “It’s a big opportunity to show both the good and the bad, and to show policymakers and people… that how we design our streets shouldn’t just be for cars, but actually the public.” DM/MC