We need to learn to ‘dance the other’ to build a be... 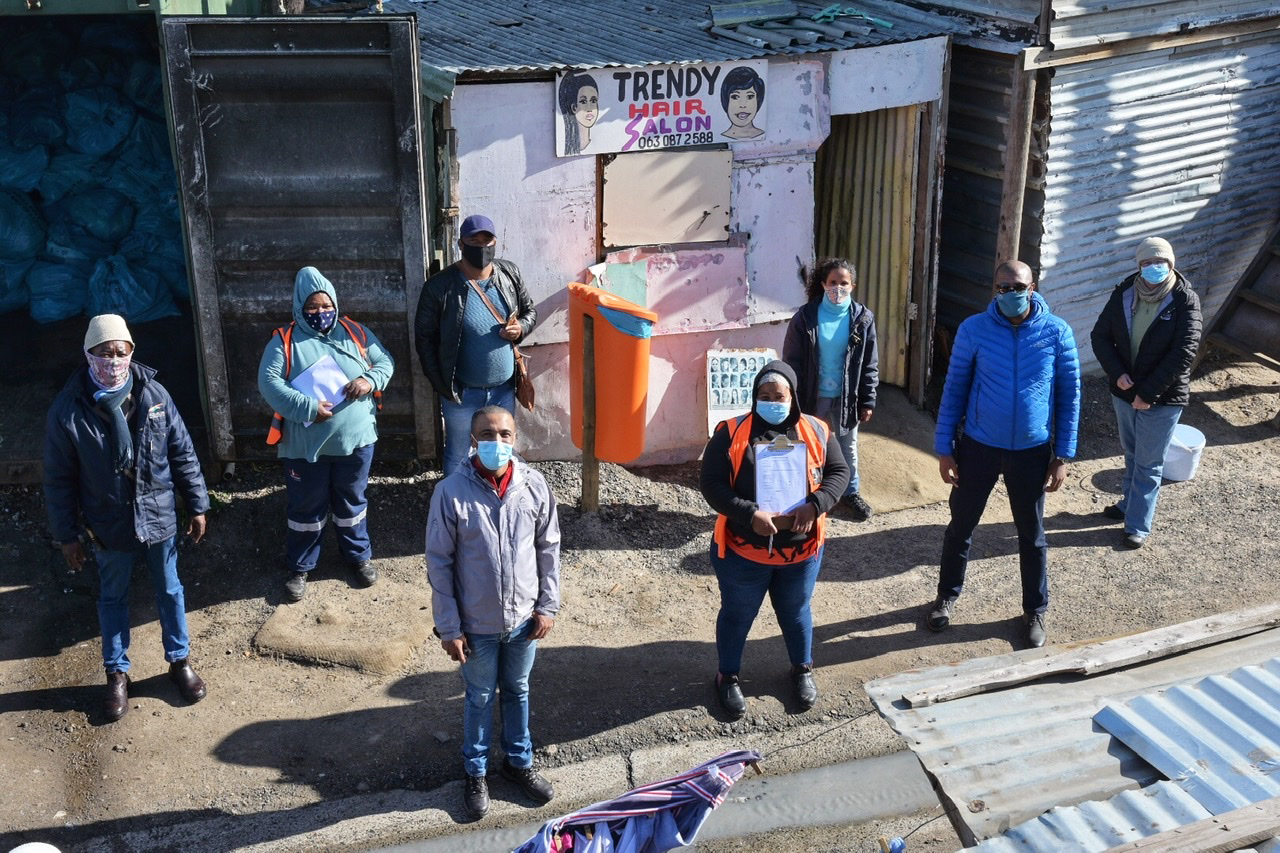 Designing rubbish bins appropriate to the community of Doornbach in Cape Town turned into a broader exercise in design thinking. (Photo: Supplied)

Africa is caught in a loop where negative stories about the continent reinforce a lack of investment and optimism. To break this cycle, we need to find new ways to tap into African ingenuity from the ground up.

Bad news about Africa abounds. In fact, the Africa Narrative Report published earlier this year has helped to quantify just how much and how bad. It shows a persistent bias in both the global and local media towards a misrepresentation of the continent that ignores much of the innovation, creativity and entrepreneurship that’s here — and the role of women and youth in particular.

This is a narrative that also reinforces a belief that solutions to the continent’s many challenges will come from the top down, requiring the leadership of academics and governments and perhaps a dose of foreign aid, when in reality, it’s the people who are grappling with these problems every day that often hold the seeds of the solution.

Take the community of Doornbach in the Western Cape for example, where a recent project led by community leaders in partnership with the City of Cape Town and the Cape Peninsula University of Technology (CPUT) has helped solve a persistent and nagging problem of waste management in informal settlements.

How did they achieve this? By giving the people who lived in that community the agency to co-design a waste bin solution that met their actual needs.

Thousands of these novel bins have since been rolled out across Doornbach — with plans to expand to other areas across the Cape Town Metropole — setting an example of how a human-centred design approach can fundamentally change the way we live our lives and solve problems that shape our daily tasks.

What’s in a bin, really?

So how different can these bins really be you might ask. A bin just needs to hold your rubbish and be secured somewhere practical, with sufficient closure to ensure the smell doesn’t permeate your home. Simple, right? Well, informal settlements, which make up most majority-world contexts, have many more considerations to bear in mind.

Scattered throughout these communities, refuse bins need to repel rain-water rather than collect it; they need to be secure from theft and those wishing to scrap them for a little change; they should be out of reach from scavenging animals and small children, but accessible enough for older children — generally those tasked with taking out the rubbish; and, their capacity needs to be big enough to be functional for a variety of households, yet appropriately sized to hold City of Cape Town-issued “blue bags”. It’s quite a list of requirements, yet how much thought goes to their design?

It was only when we created the space for the community to explain the complexity of the problem that an effective design solution was able to emerge. This is not something that happens by accident, creating this kind of co-design space requires significant time and empathy.

From jargon to communication and trust

One of the difficulties of incorporating new thinking to tackle persistent problems is that it’s easy to get swamped in jargon-heavy concepts. These concepts typically emanate from well-meaning academics, knee-deep in technological language. This language tends to overcomplicate things, and may confuse rather than clarify the core issues at hand. More importantly, it alienates key stakeholders.

Using appropriate language can help transform working relationships between stakeholders. Even though communities have the skills to tackle a wide variety of challenges, the minute you speak in jargon, locals think the solutions must come from somewhere else. Speaking in their “local” language — not a matter of dialect, but rather nuancing a more direct, empathetic, and less bureaucratic style — you can emancipate communities to be the solution drivers and take ownership of what matters to them.

The process also requires a degree of flexibility and openness. Because there is a high probability that things might not go exactly as you planned.

For example, when we met with community leaders in Doornbach, one of the first problems they highlighted was entirely unconnected to what we expected to hear — we were there to solve a waste management problem after all.

But of more immediate concern for them was that many of their children didn’t have birth certificates. This not only limited their eligibility for child grants, but also scuppered their children’s prospects for employment. We took this problem to the City and a quick resolution helped to gain the trust of the community. This trust then formed the basis of a community-led partnership that could be directed towards tackling other issues.

By suspending our own agenda, we opened a dialogue that ensured the incorporation of local knowledge to drive relevant solutions and prioritise the most pressing demands, rather than simply importing knowledge of supposed best practices for community development.

Ubuntu by another name

At the heart of this kind of interaction is a respectful recognition of the other. Leopold Senghor, the first president of Senegal, puts it more poetically: “I feel the other, I dance the other, therefore I am.”

This sense of empathy and awareness — recognising that individual success can only really be achieved, or is only ever meaningful, in the context of wider success of a community of others — is an inherently African concept. But globally too it is becoming increasingly clear that in contexts where some people remain excluded and underserved, nobody can thrive optimally. OECD research has shown that when income inequality rises, economic growth falls.

The bins in Doornbach are illustrative of the importance of shared prospects. Through making it easier to keep a clean space around an individual home, the whole community looks and feels better. Everyone shares in the responsibility and consequences of that improved design.

If we can find ways to share this type of thinking and designing more broadly, we could create more opportunity for African ingenuity to thrive from the ground up.

Then we all may taste the fruits of this kind of success and start to build a new narrative for the continent. DM

Professor Mugendi K M’Rithaa is a transdisciplinary industrial designer, consultant, educator and researcher based in Nairobi, Kenya. He is a speaker at the upcoming d.confestival “Design Thinking Matters Now” from 12 – 14 October 2022 at the Hasso Plattner d-school Afrika at the University of Cape Town. The d.confestival is a conference-meets-festival hybrid event centred around design thinking where innovators, change-makers and thought leaders gather to reflect on the impact and relevance of design thinking to the priority challenges of our time.