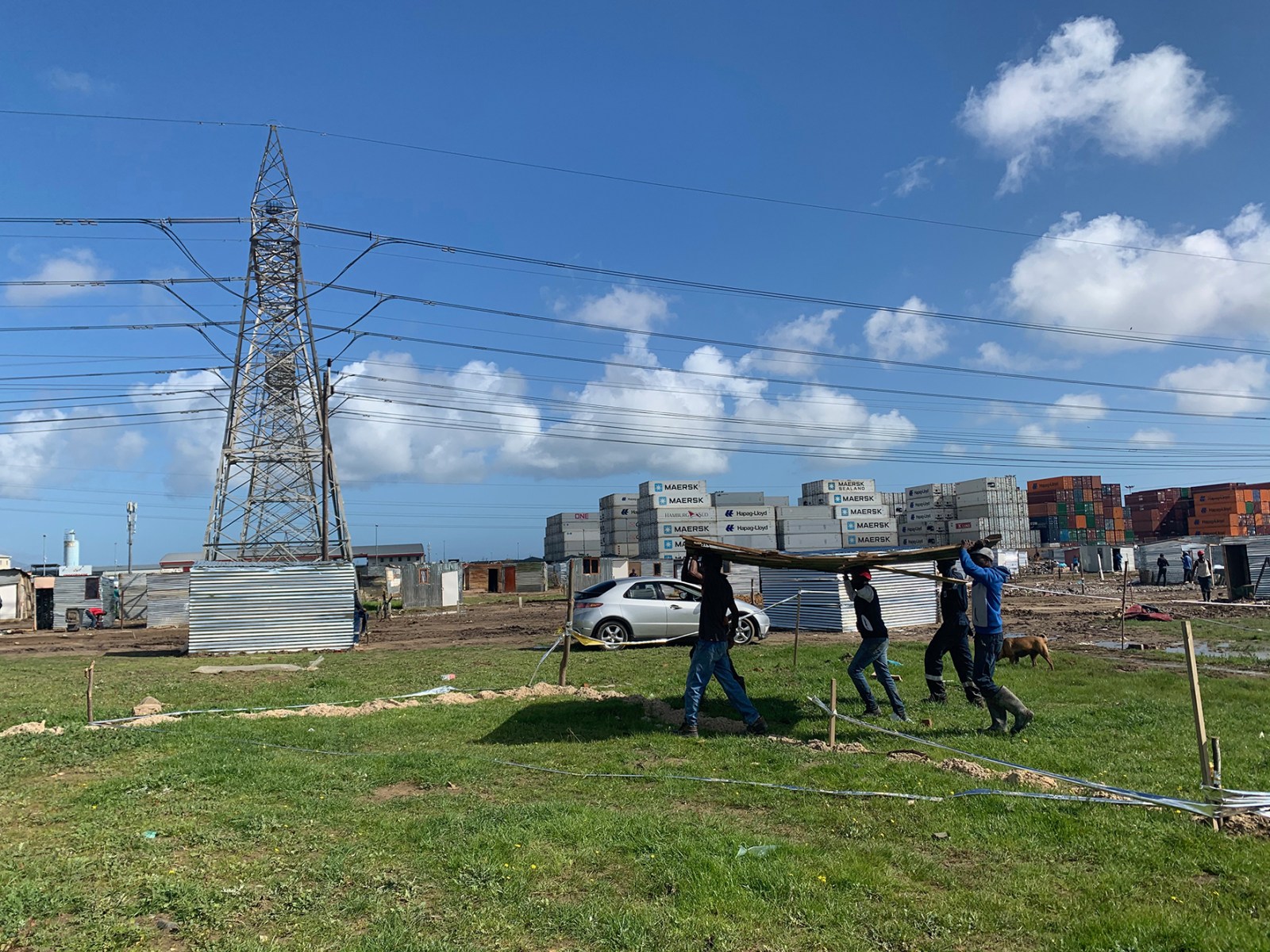 Councillor says illegal occupations are jeopardising housing plans for the area, but entrepreneurs who specialise in shack building can’t keep up with the demand.

A Dunoon, Cape Town entrepreneur who specialises in assembling and erecting shacks, says business has been booming since the recent spike in land occupations in the area.

On 10 August 2020, we visited one of the new informal settlements on the corner of Potsdam Road and Malibongwe Drive near Dunoon. People moving onto the land have named it Newland.

We spoke to a young man who makes a living constructing and assembling shacks. He asked that we not name him as he fears reprisal from authorities.

He says he owns a Reconstruction and Development Programme (RDP) house in Dunoon and supplements his income by making shacks. He also leases out two shacks he owns, one is on land occupied in 2018 behind Sophakama Primary School and the other is behind Doornbach informal settlement near the Diep River floodplain.

“Last Saturday, I erected five shacks [at a cost of] R3,400 each. I am well known in the township for erecting double storey shacks … Dunoon residents have been oppressed for too long … The last RDP house built in Dunoon was in 2001,” he says.

The man says the inevitable increase in land occupations in the area has created more work for local shack builders. On average, it takes about two hours to assemble a small shack, he says. His current fees range from R3,400 for a one-room shack and a slightly larger one-room shack is R3,600. A family-size shack that can house a double bed and wardrobes costs about R4,600.

“I used to accept a 50% deposit with full payment on completion of the shack, but now I can demand the full price beforehand because if authorities demolish the shacks, they confiscated all the materials and then people don’t pay the rest of the money. My profits depend on the demand,” he says.

ANC ward councillor Lubabalo Makeleni said more people were illegally occupying city and privately-owned land. This, he said, jeopardised housing opportunities, particularly in cases where the occupied land was earmarked for development. He acknowledged that the upside was that it was generating jobs for some in the township.

“The spate of land invasions has boosted profit margins for entrepreneurs specialising in shack building. Those building shacks… their business is booming. They can’t keep up with the demand to build shacks for land occupiers. It’s chaos,” he said.

“This should not be happening. Crime will skyrocket. The residents will soon look for water, electricity, toilets. It is going to create havoc in our area. This area is going to be a big mess. It’s going to be unattractive for business.”