First Bok start for Malcolm Marx in a year to mark his... 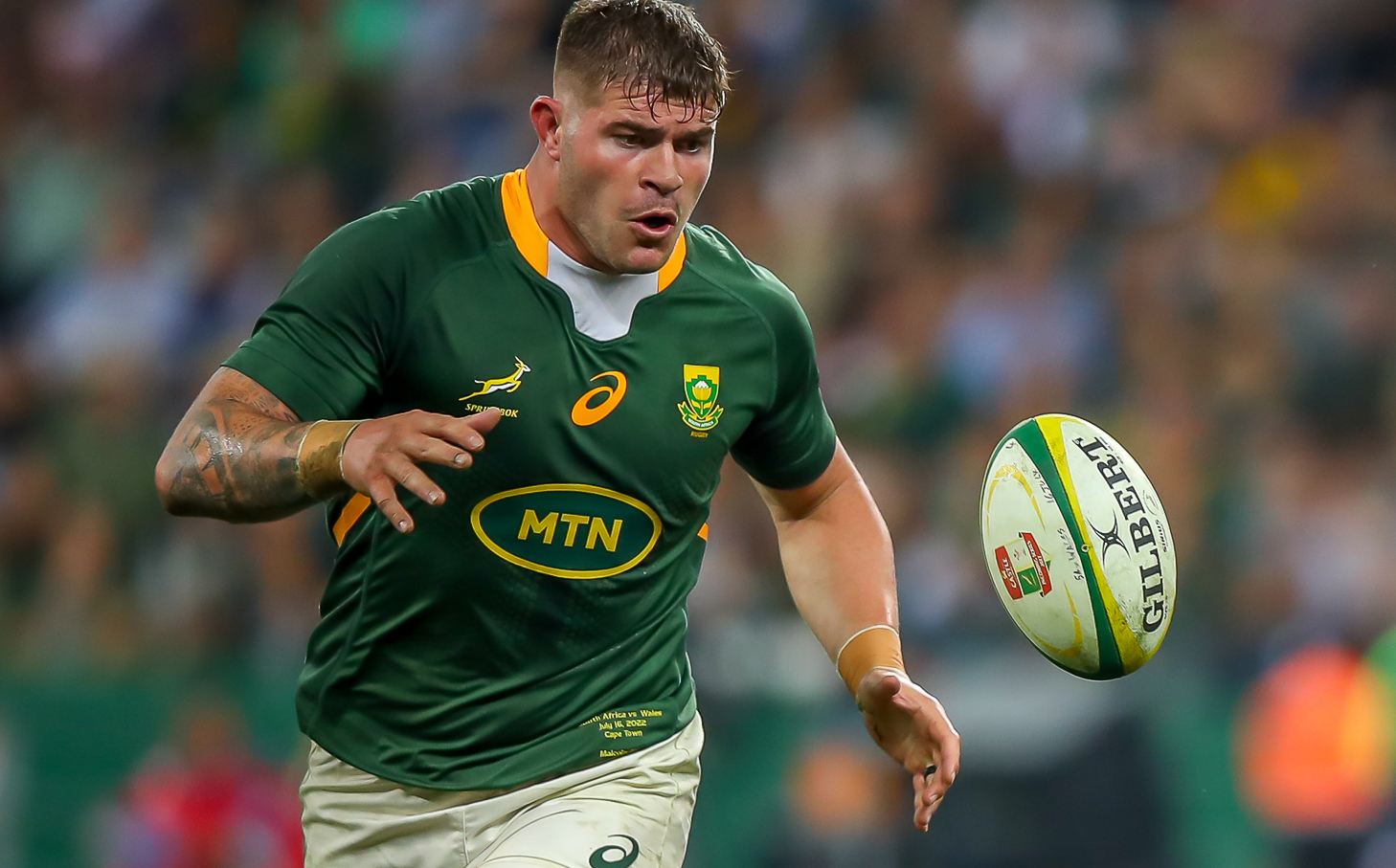 Springbok coach Jacques Nienaber made three changes to the side that beat Wales in the series decider 17 days ago for the first of two Rugby Championship clashes against the All Blacks.

It probably wasn’t meant as a slight but Springbok coach Jacques Nienaber’s comments in a statement detailing his latest team selection might be taken that way.

“The All Blacks are strong all around and they will come to Nelspruit desperate to avenge their series defeat against Ireland and to prove that they remain one of the powerhouses in world rugby, so we believe experience and physicality will be vital in this Test,” Nienaber said.

There it was – a gentle reminder that the once mighty All Blacks lost a home series to Ireland. And another reminder that they will have to prove they are still a powerhouse in the world game. Ouch.

Nienaber is not one for gamesmanship and this comment probably stemmed from wanting his own side not to be complacent by reminding them that the All Blacks have their backs to the wall. But looking at it through a New Zealand prism, it could be taken as a slight.

Regardless, the All Blacks are struggling and Nienaber’s observations were factually accurate.

Knowing that an All Black backlash is inevitable at the Mbombela Stadium in Nelspruit for the Rugby Championship opener, Nienaber has only tweaked a tried-and-tested formula.

He named hooker Malcolm Marx to start in his 50th appearance for the Boks in a slight show of sentimentality. “With Malcolm, we feel it is a big occasion to play one’s 50th Test, so it will be good for him to start,” Nienaber said.

Read more in Daily Maverick: “Is the lack of exposure to South Africa’s physicality behind the All Blacks’ slump?”

Bongi Mbonambi drops to the bench. Nienaber also recalled scrumhalf Faf de Klerk who rotates with Jaden Hendrikse while wing Kurt-Lee Arendse comes in as a replacement for the injured Cheslin Kolbe.

On the bench, lock Salmaan Moerat replaces flank Elrigh Louw in a clear indication that the All Blacks’ creaky lineout, which fell apart in the third Test against Ireland, will be under attack from the first to last minute on Saturday.

With Franco Mostert also among the reserves, the pressure on the New Zealand set piece will be relentless for the full 80 minutes as Nienaber has opted for a familiar six/two split between forwards and backs on the bench.

Kwagga Smith, the only genuine loose forward on the bench, will play wing in the event of a backline injury that can’t be covered with replacements Willie le Roux and Hendrikse.

“With Salmaan covering lock we can either use Franco (Mostert) at lock or flanker, and we have Kwagga (Smith) who can also provide cover in the loose trio and even on the wing if need be,” Nienaber confirmed.

Marx’s elevation to start is one of those selections that neither strengthens nor weakens the side. He and Mbonambi are the two most interchangeable pieces of the Bok puzzle and one that is a joy for the coach because they are similar players.

Marx has for so long been the Boks’ most dynamic bruiser off the bench – the bomb squad’s main detonator, if you like – that it feels odd he is starting. He last started a Test against Argentina in Gqeberha almost a year ago. Since then Mbonambi has made nine starts and Joseph Dweba one, in the 10 Tests the Boks have played since Marx’s last start.

Mbonambi, of course, was excellent against Wales too, but these two senior hookers are used to being deployed in various ways.

Marx slightly shades Mbonambi at the breakdown and it might be here that the Boks want to stunt the All Blacks early on. Denying the tourists early quick ball, and therefore reducing their chances of making a strong start, is vital.

The Boks, oddly, have been slow starters in recent years. In 2021, the world champions only led four of their 13 Tests at halftime and this year they only led Wales at the break in the third Test. They were 18-3 down at halftime in the first Test of that series at Loftus.

The last thing the Boks want is the under-pressure All Blacks to gain confidence in the opening skirmishes. By starting Marx, Nienaber is telling the All Blacks that one key area of the game just got harder.

“We are very proud of Malcolm’s achievement, and we wish him all the best for the game. He is a true warrior, and he epitomises what we stand for as the Springboks,” Nienaber said.

“But as we said with the recent milestones of Eben Etzebeth (100th Test) and Bongi Mbonambi (50th Test), we are preparing for a challenging Test which will be vital in setting the tone for our Rugby Championship campaign this year and that is our focus.

Read more in Daily Maverick: “Rassie Erasmus cautions against complacency – Boks have a healthy respect for All Blacks who remain a threat”

“The occasion will be so much more special for Malcolm if we win the Test, and the entire team need to do their best so that he can look back at this occasion with good memories.”

After the tactical arm-wrestle against Wales, whose style is very similar to the Boks’, the All Blacks will present a different challenge for the home team.

“They don’t shy away from set-piece battles, which they showed against Ireland. So, it is going to be a blend of set-piece battles and also probably a bit more continuity than what we saw in the Welsh series.” DM