Why doesn’t S Africa use this bargaining chip in deal...

SA’s pharmaceutical bargaining chip – if you test it here, it must be made available here at a reasonable price 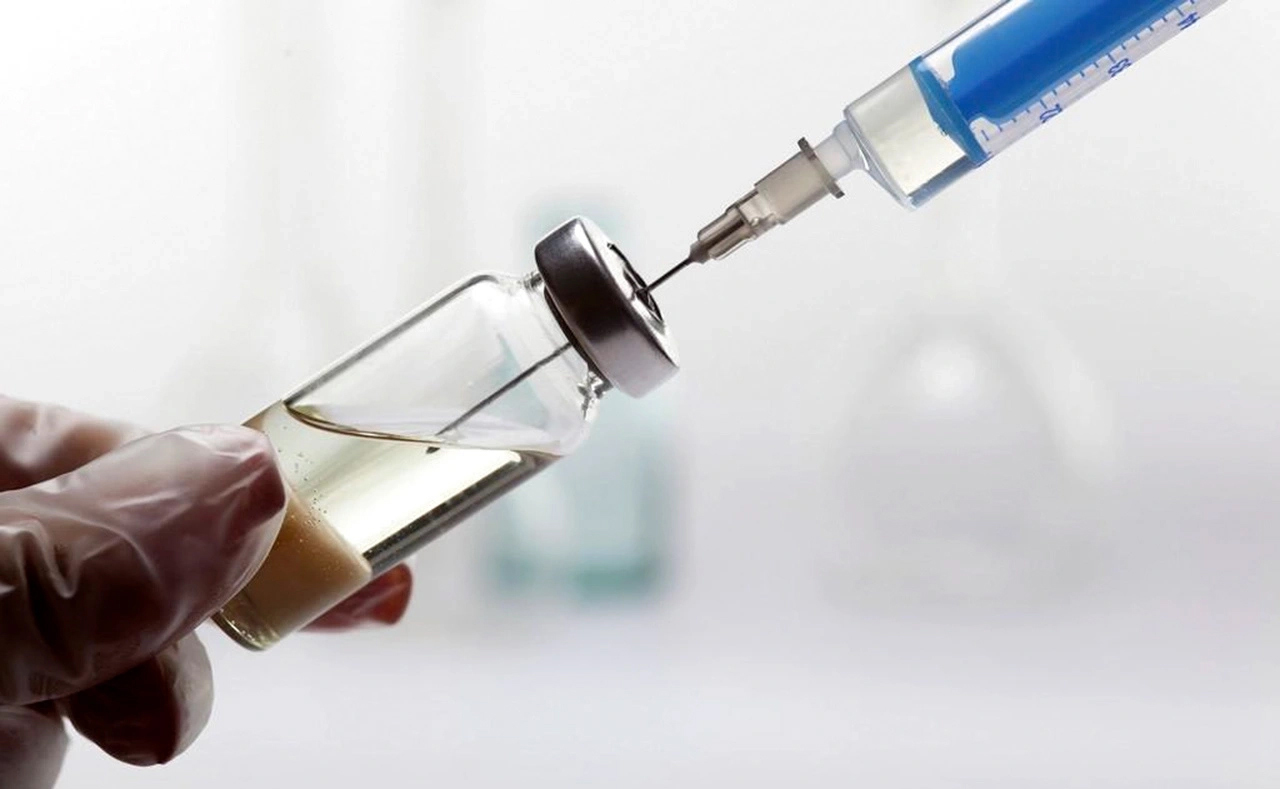 One study found that the jab – given once every two months – which is loaded with the antiretroviral drug cabotegravir, works three times better than the oral, daily version of the medicine in men and transgender women. (Photo: fenwayhealth.org / Wikipedia)

A new HIV prevention method was trialled in South Africa, but the country won’t be able to afford to buy it for the people who need it most. Here’s how to change this.

South Africa’s diversity makes it the ideal place for pharmaceutical companies to test how well their new medicines work on different groups of people. This is a crucial bargaining chip that the government continually underplays in deliberations with drug corporations for access to medication that has been trialled locally.

And it comes at a huge cost to our people.

Take the HIV prevention injection, long-acting cabotegravir (CAB-LA), to which 74 heavyweight researchers and activists demanded cheaper access in July in a letter released shortly before the 24th International Aids conference, which kicked off in Montreal on Monday.

“New long-acting medicines could reach those who need them most, first,” they wrote to ViiV Healthcare, the manufacturer of the injection. “Or they could roll out slowly, reach only a portion of those who could benefit, and have limited impact on the Aids pandemic.”

The authors had good reason for their plea, especially in the case of South Africa, one of the countries with the largest number of people infected with HIV in the world.

One study found that the jab — given once every two months — which is loaded with the antiretroviral drug cabotegravir, works three times better than the oral, daily version of the medicine in men and transgender women. A second trial showed the injection also worked better than the pill in cisgender women (women whose gender identity matches the sex they were born with).

In fact, in practice, CAB-LA works so well that it virtually nullifies someone’s risk of contracting HIV through sex.

So where does South Africa come into the picture?

The two previously mentioned clinical trials that revealed the efficacy of CAB-LA were both run, in part, in South Africa. But ViiV Healthcare now plans to sell the injection to lower-income countries at a price that activists calculated as “100 times more expensive than gold” – a cost far beyond what South Africa’s public health sector can afford.

A year’s CAB-LA injections for one person would cost R4,500: four times as much as the health department pays for a person to get 12 months’ worth of Truvada, the HIV prevention pill, which the country started to roll out in 2016.

For South Africa to be able to afford CAB-LA, it can’t cost any more than double what the HIV prevention pill, also referred to as oral PrEP, costs, estimates a March preprint (so not peer-reviewed) costing study.

What can be done to prevent a repeat?

Once a trial is over, rules set by the country’s medicines regulator, the South African Health Products Regulatory Authority (Sahpra), allow people who were part of the study to get the medicine that was tested. But it’s not enough — everyone in the country who needs the tested drug should have the right to access it at an affordable price.

This is where the health department should be pushing the envelope: change the rules to include all people in South Africa at a reasonable rate.

Anything less is unethical, given how much tax money goes into running such trials. In 2018, the government paid 47% of all the research and development in the country.

Plus, history proves that big pharma can’t be relied on to be generous. It happened with tuberculosis, antiretrovirals, and HIV prevention pills. And now it’s happening again.

ViiV has been slow to share its CAB-LA technology with generic drugmakers, which will keep the medicine out of reach for millions of people for another four or five years because of how long it will take for generic makers to get their recipes and manufacturing plants ready, according to estimates from the Clinton Health Access Initiative.

ViiV did, however, announce in April that it was working with the Medicines Patent Pool, an organisation that works with drug companies to make medicines more affordable — to help generic manufacturers to make the jab cheaply. On Thursday, the company’s CEO, Deborah Waterhouse, announced in Montreal this effort is on track. ViiV will sell CAB-LA without profit to countries in Sub-Saharan Africa until generics are available. She didn’t say what this price would be exactly, only that it would be “tens, not hundreds” of dollars per person.

But even if ViiV shares its know-how today, Sahpra has yet to register CAB-LA for use in South Africa. The manufacturer applied with Sahpra in December, according to its chief executive officer, Boitumelo Semete, shortly after the US regulator, the Food and Drug Administration, approved the injection.

Some might say that the drug industry proved its benevolence during the Covid pandemic.

Johnson & Johnson’s (J&J’s) Covid-19 vaccine was tested in South Africa, and in November 2020 the company struck a deal with a local generic manufacturer, Aspen, to “fill and finish” their Covid jab locally.

But that didn’t mean J&J shared all of its trade secrets, rather that Aspen can import the ingredient that makes the vaccine work and just complete the steps after that.

It ended up being piecemeal.

Millions of vaccines were sent from East London to the European Union (EU) — at a time when South Africa desperately needed the jabs and had a vaccination rate much lower than the EU. Why? The agreement with J&J gave Aspen no power to decide how the vaccines would be distributed.

After facing wide criticism about the move, J&J and the EU sent the shipment back to the African Union. J&J has since signed a new, adjusted agreement with Aspen, but the run of events does illustrate the nature of some of these contracts where powerful corporations can impose restrictive conditions that stifle the independence of smaller manufacturers.

South Africa cannot allow this type of deal to play out again. It should instead be a standard requirement that any drug company that wants to test its inventions in the country must also opt in to giving the country’s people access to it at a reasonable price.

This must be built into the research and development process as early as possible (when a medicine is still in the trial phase) to ensure that the fruits of innovation are benefiting the greatest number of people.

That’s what should have happened with CAB-LA.

Patients volunteering for clinical studies make a significant contribution to science. They deserve to have their voices heard in decisions made about data and results sharing — especially with whom the data is shared and under which terms they can get access to health technology being trialled. DM/MC

Claire Waterhouse is the regional advocacy coordinator and head of the Operational Support Unit at Doctors Without Borders (MSF) Southern Africa. Lebohang Kobola is an intern at MSF.