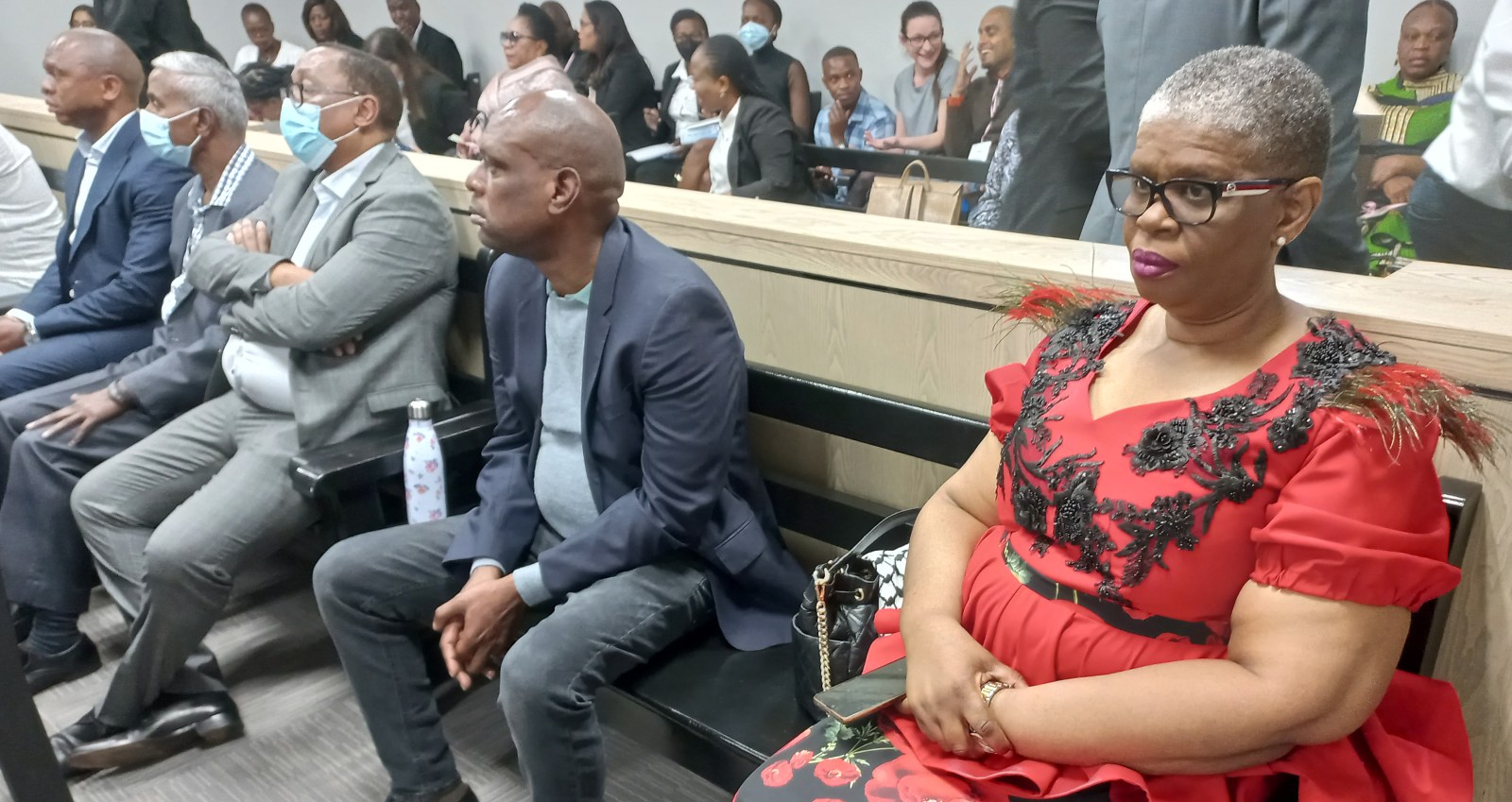 The Durban High Court will on Monday, 1 August hear if the long-awaited criminal trial of former eThekwini mayor Zandile Gumede will finally start, or if the R320m fraud, corruption and racketeering matter will again be postponed because several of her co-accused are still unable to pay their legal representatives for the duration of the trial.

The political dynamic within KwaZulu-Natal’s governing ANC has shifted significantly since Zandile Gumede and her 21 co-accused — five of them companies — last appeared on 18 July, where the matter was postponed to Monday because of an alleged lack of funds by at least three of the accused, one being the estranged wife of former eThekwini municipal manager Sipho Nzuza, who is also an accused in the case.

Last weekend, KZN Premier Sihle Zikalala lost his position as the party’s provincial chairperson and failed to make the cut for the provincial executive committee. Zikalala and Gumede were once considered allies who rallied behind former ANC and state president Jacob Zuma, but the pragmatic Zikalala has since Zuma’s 2018 resignation slowly aligned himself with president Cyril Ramaphosa and his stated aim, in theory at least, of ridding the party of criminally tainted members.

Zikalala is widely expected to resign as premier, although his successor as ANC provincial chairman, Siboniso Duma, has said publicly that there will be no purge of the party’s government deployees.

Duma contends that the party’s step-aside rule is applied inconsistently and is being used to purge those who do not support Ramaphosa’s bid for a second term as party president at the ANC national conference in December, and who believe that Zuma, Gumede and others have been unjustly targeted in a political purge.

The step-aside provision compels members charged with corruption or other serious crimes to voluntarily stand down from positions of leadership to spare the party from disrepute. Should they not do so, they will face suspension.

As expected, step-aside was a talking point on the sidelines of and within committee meetings at the party’s policy conference over the weekend.

The provision has directly affected Gumede’s political career. She was voted in as ANC eThekwini chairperson in April, having previously held the position, but relinquished the role because of it. The move was promoted by her supporters as a magnanimous decision made by a deeply disciplined ANC cadre.

During his closing remarks at the policy conference on Sunday, Ramaphosa was greeted with cheers when he announced that the “overwhelming view” of delegates had been “for the retention of the step-aside provisions, to enhance the integrity of the movement and its leadership”.

Gumede was bumped to pole position on the state’s indictment in June last year, having previously been accused no 16. She remains a sitting member of the KwaZulu-Natal legislature and has continued to publicly protest her innocence since being charged in 2019.

Before her July appearance, Gumede told Daily Maverick the state has “no case against me” and insisted that because she was not an executive mayor at the time of the alleged crimes, the “issue” was with eThekwini’s administrators and contractors.

Read in Daily Maverick: “ ‘They have no case’, says Zandile Gumede before her corruption trial begins”

According to the state’s indictment, Gumede received R2,881,350 in kickbacks between January 2017 and July 2019 for ensuring that predetermined businesses benefited from the city’s waste contracts.

She is accused of colluding with her co-accused to ensure that businesses and business forums associated with the ANC’s so called-Radical Economic Transformation (RET) faction received winning waste contract bids to ensure they supported her political ambitions when called on.

All the accused are free on bail of varying amounts. DM