Putting the stuffing into it

Putting the stuffing into it 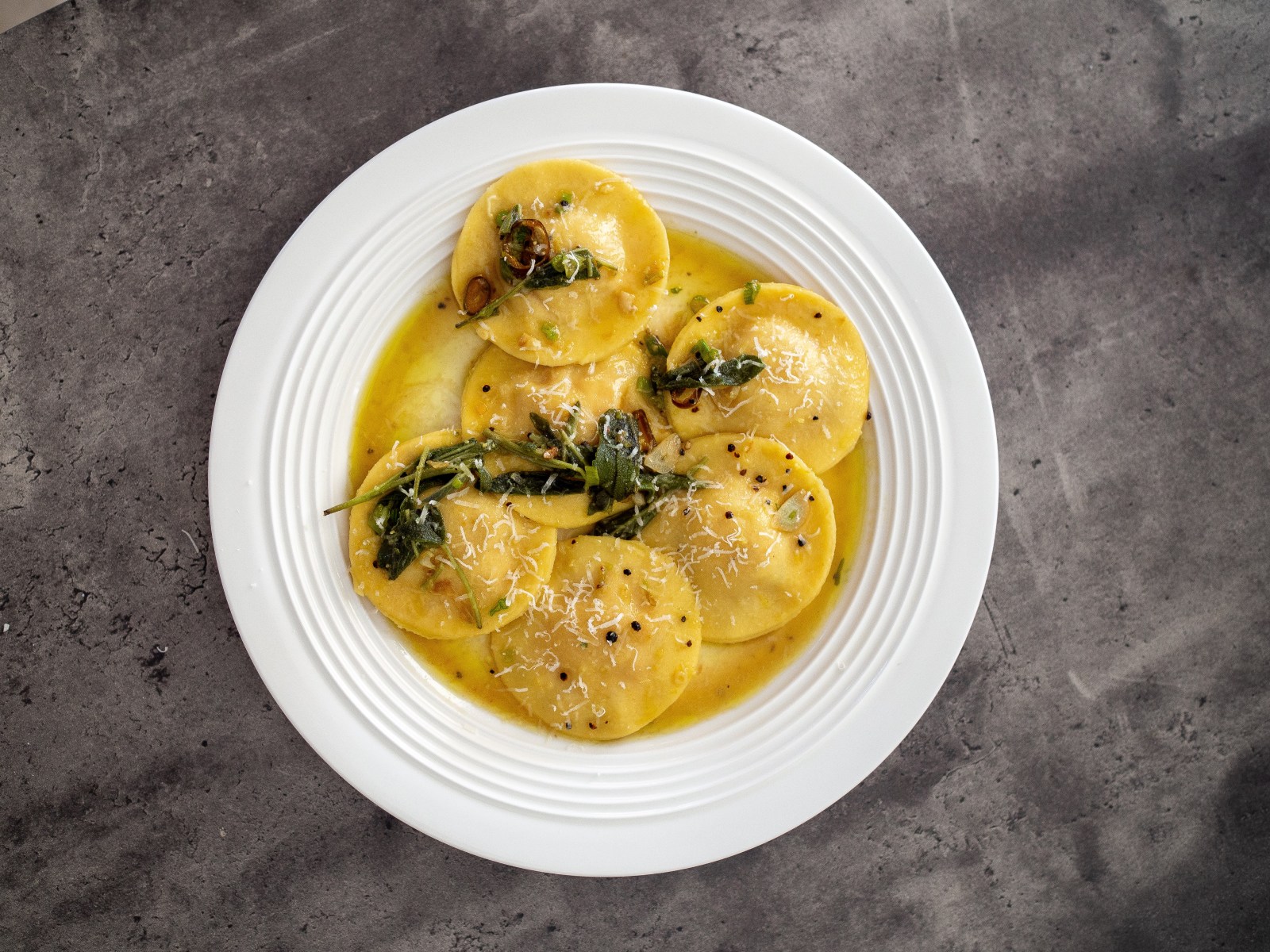 Inserting a fragrant and flavourful mixture of one thing into another can make it both more substantial and substantially moreish.

Mousseline forcemeat may sound like a fancy French dish on a Michelin menu but it is, in the words of one of my culinary heroes, Richard Olney, only a basic preparation.

Very simply, Olney describes mousseline forcemeat as “a purée of raw flesh bound with egg white, sieved, and mounted with cream”. What it is in essence is one kind, arguably the finest iteration, of a stuffing; a preparation to be shoved into a bird before roasting, to line a terrine or layer vegetables in a terrine. But, unlike many of those stuffings, a forcemeat mousseline has to contain flesh that has been very finely minced.

It may be seen as the ultimate “stuffing” and a 500 g quantity of it is made, more or less precisely, with 250 g of raw flesh, 250 ml of cream, the white of 1 egg and seasoning, which is traditionally salt, pepper, nutmeg and cayenne.

If you’ve been served a quenelle, that’s mousseline forcemeat in its purest form; rather than being used inside something else, a quenelle can be poached and served in its own right, perhaps with a fine sauce as an hors d’oeuvre, or to garnish another dish; though the word quenelle has also come to mean other preparations, such as ice cream or a sweet dairy mousse, served in that shape. Olney points out that if the quenelle is to be used in this way, or as “a supporting wall” for another filling in a ramekin or terrine, it would be wise to decrease the quantity of cream and increase that of the egg white.

But not every stuffing has to be as fine as that, though in many cases the inclusion of egg makes sense, purely as a binding agent. A stuffing for roast chicken is probably the most famous. You do get sausage meat stuffings for chickens and Christmas turkeys. That’s a very British approach; I prefer to base a roast chicken stuffing on onion and herbs in line with the (also very British) classic sage and onion stuffing. But that’s only the starting point of onion with butter, a liquor (whether wine or an

arresting spirit such as brandy, whiskey or a liqueur) which is cooked away because you want its flavour, not all of its moisture; herbs (not necessarily sage: rosemary, parsley, thyme, oregano, and/or spices); additional ingredients to give it body, such as nuts, diced vegetables, and of course breadcrumbs or the now maddeningly ubiquitous Panko crumbs which, though fine and desirable, aren’t the be-all and end-all of what can be crumbed.

Like the sadly neglected mousseline forcemeat, the terrine seems to have all but disappeared. A decade ago, back in Cape Town from England, I traipsed store after store in search of one – any – terrine, by which I mean the actual dish in which the preparation of the same name is cooked or set. A couple of dozen shops later, I finally found one. It is a long, narrow, rectangular ceramic dish, something like a loaf tin perhaps, with a neatly fitting lid. It is filled with great care and according to precise rules, and covered with foil before the lid is put on and slow, gentle cooking in a bainmarie.

Ah to have that tradition brought back to a world in dire need of gentler, more thoughtful things and ways. Like the most famous stuffed dish of Chinese cuisine, the dim sum, steamed dumplings filled with delights such as pork, shrimp, bamboo shoots and/or water chestnuts; the Greek calamari called kalamaria yemista (stuffed squid); Italy’s ravioli and cannelloni; stuffed tomatoes or peppers in many cuisines from Mexico to the Middle East; or South Africa’s own vetkoek. Comfort cuisine in a world gone mad; we need it like we need hugs, smiles and reassurance.

Life, said Shirley Conran, is too short to stuff a mushroom, but the world has changed since she said that, not that she was to be taken quite so literally. But in dark times, we need light; when the clouds roll in, we need warmth and succour. The pandemic ushered us into our kitchens, had us closing the windows and locking the doors, getting the old recipe books out and trying to remember the kinds of things our parents and grandparents and theirs used to make.

We can stuff mushrooms, make imaginative and delectable stuffings for golden-roasted chickens, and even find granny’s old terrine and dust it off, or fine a new one online (shopping has improved since my sad terrine shopping expedition a decade ago) and make stuffings and terrines the new sourdough. We can step out again, unmasked, but there are still many things worth staying indoors for in this world. Try my recipe for a stuffed and roasted crown of chicken here. DM/TGIFood