Gauteng departments at odds over demolition costs of Ma... 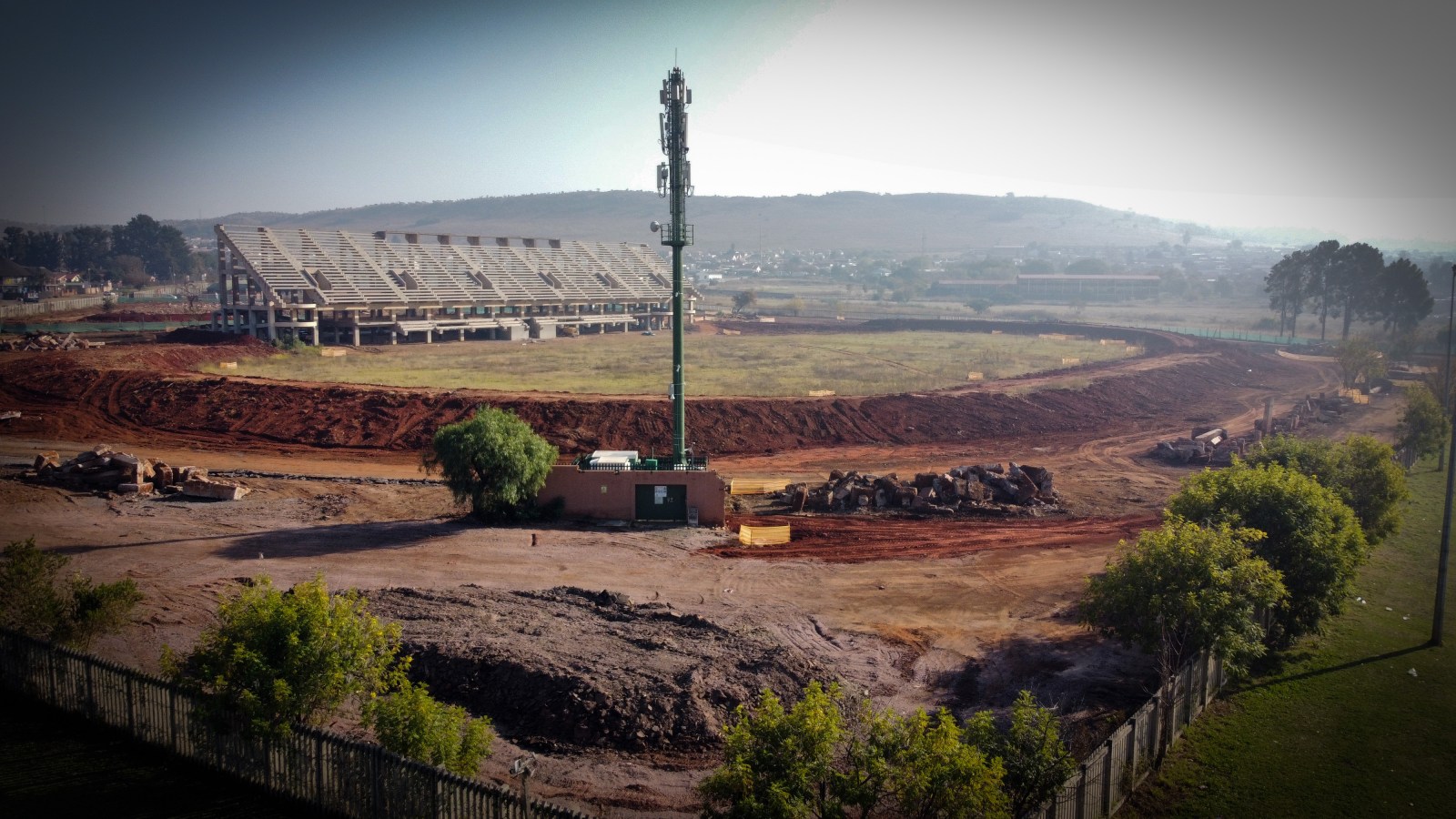 Tshwane residents hoping to see the demolition and subsequent rebuilding of the ill-fated HM Pitje Stadium in Mamelodi are growing more disillusioned by the day.

The original HM Pitje Stadium, which was built by the apartheid government in the 1960s for the Mamelodi community, was demolished in 2009 by the Gauteng government. The plan was to rebuild it into a modern facility that would serve as a training ground for some of the teams participating in the 2010 Soccer World Cup.

The stadium wasn’t ready in time for the tournament and, when eventually completed in 2011, it was discovered to be so poorly built that it couldn’t be used at all.

The stadium was abandoned and taken over by nyaope addicts who turned it into a drug den. Thieves and vandals stripped it to its foundations, stealing all the metalwork and bricks that had been used to build it.

Now, all that remains of the stadium is a derelict grandstand which the Gauteng Department of Sport, Arts, Culture and Recreation has been promising to demolish for years.

Two Gauteng government departments are at loggerheads over the cost of demolishing the grandstand.

The provincial sport department and the department of infrastructure development (DID) disagree about the payment due to Maziya General Services, a company that was contracted to demolish the crumbling grandstand.

The sport department confirms that it is responsible for covering the demolition costs, but is disputing the figure quoted by the DID, saying it exceeded the budgeted amount.

Apparently, a revised “descoped activity schedule” was submitted by the DID to the sport department, which it is still assessing.

Sport MEC Mbali Hlophe’s spokesperson, Nkosana Mtolo, explained to Daily Maverick that the sport department considered the amount proposed by the DID too high, and had been asked to reduce it.

“The bickering between the sport department and the DID has led to the contractor, Maziya General Services, not being paid its dues and subsequently abandoning the demolition project a month ago,” said Kingsol Chabalala, DA shadow sport MEC.

Both departments seem reluctant to reveal how much money is at stake.

Previously, DID’s spokesperson, Bongiwe Gambu, was quoted in Daily Maverick’s story, “Tshwane’s Stadium that never was”, as saying the demolition of the HM Pitje Stadium would cost R26-million.

However, in her “Right of Reply” article on 20 May 2022, sport MEC Mbali Hlophe insisted that the stadium would be demolished for R24-million.

According to the DA’s Chabalala, another factor that led to Maziya General Services abandoning the demolition project was that certain community leaders in Mamelodi demanded that criminal gang “Boko Haram” be involved in the work.

The outside involvement would have seen Maziya being compelled to give 30% of the profits to this construction mafia. It is believed that the company chose to give up the project rather than be forced to work with gangsters.

DID spokesperson Bongiwe Gambu refused to acknowledge that there had been a delay in demolishing HM Pitje Stadium, insisting that the demolition contract was awarded only last year (15 December 2021). However, she has not produced documents disproving the claim that the tender was awarded to Maziya General Services back in 2019.

Gambu said that demolition had gone ahead. “Only the main pavilion is outstanding (to be imploded).”

Regarding the alleged attempted involvement of “Boko Haram” in the demolition project, Gambu replied: “We  cannot confirm that.”

Gambu revealed that “consultants” on the project had already been paid R445,000 by the Gauteng sport department for their work, and confirmed that the contractor (Maziya General Services) had not been paid anything yet.

Gambu declined to specify the nature of the work done by the “consultants”.

Regarding non-payment to Maziya, Gambu said it was not the responsibility of the DID to pay the contractor, but that of the Gauteng sport department.

In response, spokesperson Nkosana Mtolo admitted that it was his department’s responsibility to pay Maziya, but that it could not afford the amount quoted by the DID.

“Whilst our department is a client on this project and responsible for payment, we cannot make payment due to the fact that the contractor was appointed by DID on a contract amount which is greater than our department’s approved control budget; an issue which has received much public interest as the cost is too high.

In a written reply in the legislature dated 22 April this year, MEC Hlophe confirmed that consultancy and scope work on the demolition project was done by two companies referred to as MMQS Mace and Kanda Design/SVR consortium over three financial years since 2018/19, amounting to a total of just over R1.8-million.

According to Hlophe, the scope of work for the Kanda Design/SVR consortium is to assess the stadium, produce a report with recommendations, cost estimates based on the recommendations, demolition permit, and concept design for redeveloping the HM Pitje Stadium, including cost estimates for redevelopment. This scope had been completed, according to Hlophe.

In the case of  MMQS Mace, Hlophe said its scope is to produce procurement documentation for a company that has been contracted to demolish the stadium, supervise the contractor and facilitate project closure. The latter had not yet been completed at the time of Hlophe’s written reply.

Regarding the rebuilding of the stadium, Mtolo told Daily Maverick: “The department is still in the process of securing relevant funding to rebuild the stadium.”

In her written reply in April, Hlophe said the sport department was engaging the Gauteng Infrastructure Financing Agency on the possibility of funding the redevelopment of the stadium.

Responding to the lack of progress in demolishing the HM Pitje Stadium’s grandstand, the DA’s Tshwane caucus chairperson Jacqui Uys said: “This is yet again an example of ANC failure and corruption in Gauteng. Compare this with the work done by the Tshwane DA-led government regarding the Pilditch Athletics Stadium refurbishment project, as well as the Caledonian Soccer Stadium project. In both projects, money was spent responsibly and within project timelines.”

Tshwane’s MMC for Social Development, Peggy de Bruin, said the refurbishing of both stadiums was done under the guardianship of the City of Tshwane.

Meanwhile, South African National Civics Association chairperson Abram Mashishi decried the fact that there was still no progress on the demolition of the HM Pitje stadium.

“The community of Mamelodi has been yearning for the refurbishment of this stadium for years now. Failure to demolish the stadium is clearly an act of corruption and corruption delays service delivery.

“Let the culprits in this case be arrested so that justice can take its course, finish and klaar,’’ said Mashishi. DM