The seven South Africans set to swim the English Channe... 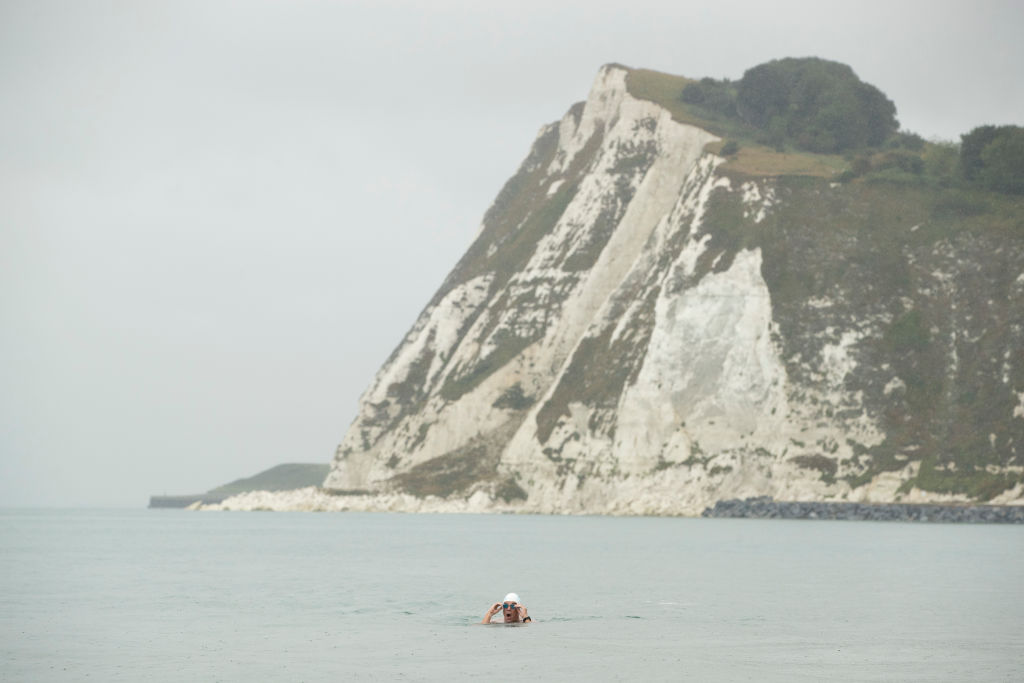 With a world-class, cold-water swim training venue just up the coast from Cape Town, sheer national ‘gees and the canny seamanship of local skippers, South African open-water swimmers are smashing their way across the English Channel.

South Africa’s reputation as one of the top three countries in the world for producing English Channel swimmers could receive a boost this year. Seven locals are set to dare that daunting 32km sleeve of water between Shakespeare Cliff or Samphire Hoe in England, and Cap Gris-Nez on the French mainland.

And all seven (as well as an English woman who came out to do a Robben Island swim recently) have insisted that they want one specific couple to be their seconds on the boat while they swim.

That couple is Bloubergstrand’s Big Bay Events director, Derrick Frazer and his wife Debbie, who between them have seconded 19 Channel swims, skippered more than 1,000 Robben Island swims, and trained all eight swimmers.

In order of crossing, the swimmers are Peet Crowthers, Ross Duncan, Jon Vickers, Kat Persson, Lee Saudan (from the UK), Troy Mayers, Michelle Weber and Josh Ackerman, most of them assisted in training by Big Bay Events.

Joburger Crowthers may actually have swum by the time you read this — he’s on standby for the end of July. It’s the third year he has tried to get a slot, after missing out due to Covid restrictions in the previous two years. He says he is feeling strong: “Obviously, I am closer than ever, so I am very excited to go.”

Next up, Ross Duncan almost lost his chance to swim when he tested positive for Covid recently. He has since received the all clear to travel to the UK, and swim in early August.

Cape Town’s Vickers says he is ready and waiting, and that it’s just a matter of keeping the shoulders turning and “maintaining” until he gets to the UK next month. Mayers says he has been forced to coin a phrase to explain his dramatic, fluctuating emotions — Channel Fever.

“I go through moments of pure excitement, and then I go through meltdown, where I ask what am I doing, it’s too far, I’m out of my depth. I completely lose the plot and I get moody and go into my own head. I can get a bit snappy with people. I don’t know if anyone else has experienced that.”

Mayers says he hopes his shoulders can carry him from England to France, but that everyone in his Channel Swim WhatsApp group has put in massive mileage and is taking things very seriously.

“I’ve run marathons, I did Two Oceans once, but I have never trained for anything like this before. I am sure this is how the Special Forces train. I wake up, I swim, I go to work, I leave work early, I go swim some more. Eat, sleep, train, repeat.”

All eight will be tapering down in the next week or so, depending on their swim window.

SA 10km open-water Olympian, Franschhoek’s Michelle Weber has set her sights on a sub-nine-hour English Channel swim. And while she acknowledges that it is all but impossible to make a call like that due to the whims of Mother Nature on the day, she says she is itching for a long swim. She reckons that on a good day, she has an 8hr30 in her. That’s seriously fast, but anyone who has seen Weber swim knows what she’s like in the water.

Frazer explains that together with a long summer base training window in warmish water, tidal conditions in Langebaan, an hour and a half’s drive from Cape Town, mimic the tidal conditions expected on a Channel swim. The word has got around and swimmers from all around the world come to Langebaan to attend Frazer’s swim camps, where he acclimatises the body to increasingly challenging swims, including night swims and the requisite six-hour Channel qualifier swim.

Swimmers build up to around 50km a week, including pool time, towards the end of the programme, meeting interim goals along the way, such as a six-hour swim and then an eight and a 10-hour swim. That tells you a lot about the individual swimmer’s recovery ability, nutritional needs and general progress. And he is sitting on an 80% Channel swim success rate.

“You have to be Robben Island swim-fit, and then my programme takes a year from there. A lot has to do with Langebaan, but it’s also all the things I have picked up over the years. It’s not rocket science. I just learn from all the mistakes and add in all the things that do work. And then you just have to tell people what they have to do.”

In the 19 times he has seconded a Channel swim and the 1,000+ times he has skippered a Robben Island swim, not to mention countless other serious open-water routes, including Cape Point and False Bay, Frazer is no stranger to being cussed by swimmers.

He says swimmers who put in the distance in the cold water around the Cape Peninsula have already removed a big mental block — the temperature — by the time they get to Dover Beach.

“Then all that’s left is the distance. Seventeen or 18 degrees is nothing for our swimmers. The biggest thing is that the swimmer trusts us on the boat. They can stop trusting in themselves, but so long as they trust me, we can calm them down. To that end, we tell swimmers beforehand where they are likely to have a meltdown.”

Cape Long Distance Swimming Association chair Shoneé Cornelissen says that the swimmers have already done all the hard work. “I always say, find a theme song and enjoy the swim. You are an inspiration to us all.” DM/ ML