Nieuwoudtville: A blooming marvel to behold in the spri...

Nieuwoudtville: A blooming marvel to behold in the springtime 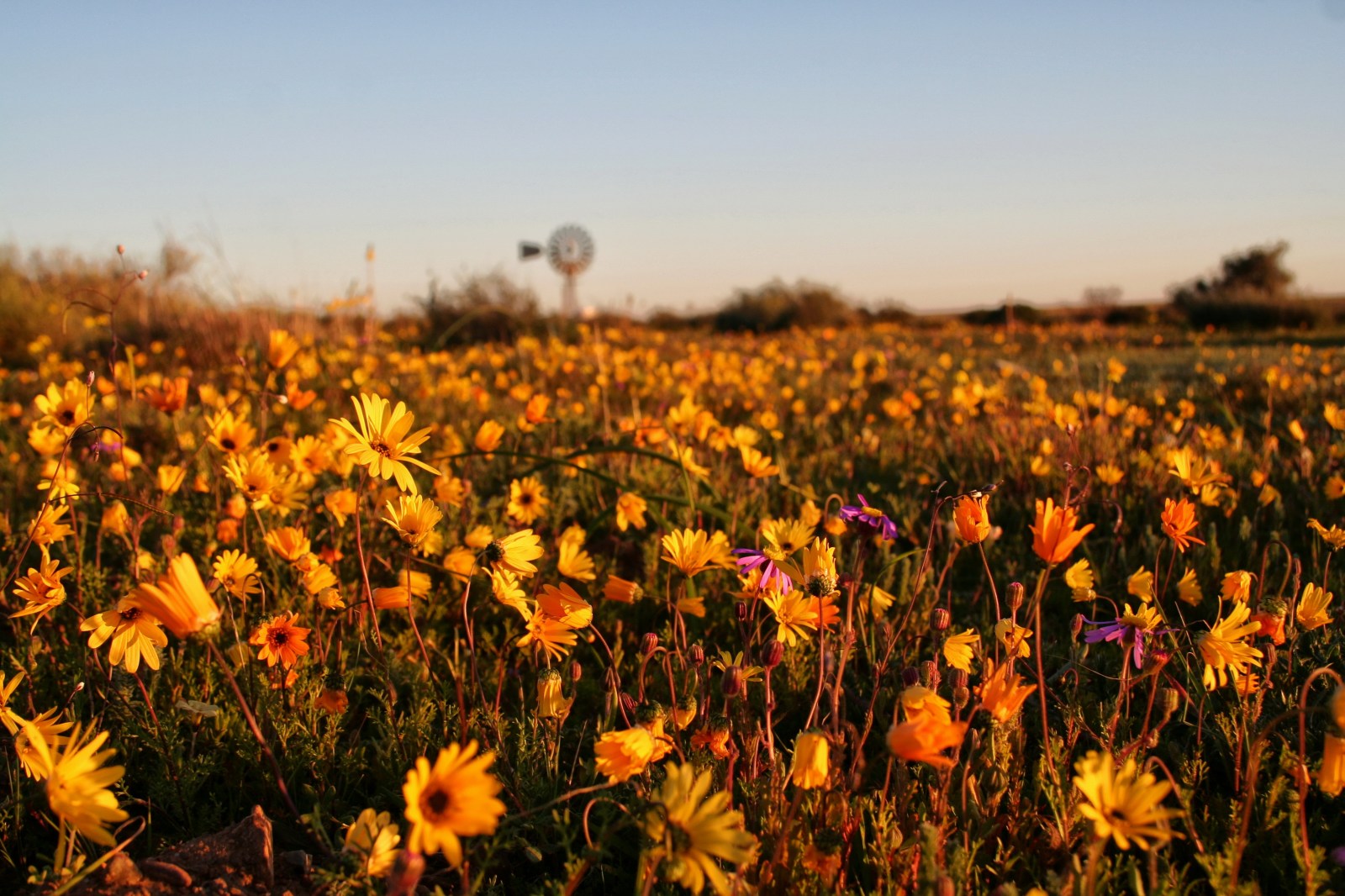 Southern Namaqualand, where every farm is carpeted with flowers in the spring. Image: Chris Marais

Nieuwoudtville is a place to which botanists and ecosystems specialists return again and again and where flower tourism had its roots.

Nieuwoudtville in southern Namaqualand is renowned for its botanical wealth, and has been dubbed the “Bulb Capital of the World”.

Something in the soil and climate encourages the proliferation of geophytes, tubers, rhizomes and corms – fat-rooted plants that absorb and store water seasonally.

Nieuwoudtville is a place to which botanists and ecosystems specialists return again and again. However, the bulk of visitors to this region are known as “flower tourists”, and they come for the incredible springtime blooms. They are tuned into the ever-changing landscapes, entire hillsides and valleys of colour waving gently in the breeze.

The pioneer of flower tourism in Namaqualand was a Nieuwoudtville farmer called Neil MacGregor. As a keen photographer, he first took pictures of landscapes and then focused increasingly on individual plants. From the 1960s onwards, inspired by what he saw through a camera lens, he turned his energy to preserving the botanical treasures growing on his farm, Glenlyon.

“Initially, I identified what I thought were the most sensitive spots, and I fenced them off,” he said in an interview before his death in 2010. “That’s where I made my first serious mistake. After a while, I noticed that the plants outside the fenced areas were doing better than the ones inside.

“And then I realised, of course, this area is not called the Bokkeveld for nothing. It used to be full of springbok, gemsbok, all sorts of herbivores. Animals are a vital part of the ecosystem. They prune plants, remove dry residue and they’re also Nature’s way of compressing seeds into soil.”

So MacGregor started using his Merino sheep to duplicate what the game used to do. It was an imperfect system, he admitted, because sheep graze at only one level, whereas the buck would have grazed at many different levels.  Even so, he fine-tuned his grazing system to the point where Glenlyon became a destination for botanists from all over the world, including Sir David Attenborough while filming his documentary The Secret Life of Plants in the early 1990s.

In 2007, MacGregor handed the farm over to the SA National Botanical Institute.

The farm Glenlyon is now the 6,000-hectare Hantam National Botanical Garden, thanks in large part to Merino sheep and the fact that several ecosystems collide here. Its schizoid geography means that within a 20km radius, you find the northernmost reaches of fynbos colliding with the Succulent Karoo, intersected by a dolerite sill larded with unique bulbs and geophytes. And even more amazing, there is Renosterveld, the rarest vegetation type in South Africa.

Nieuwoudtville receives quite generous rainfall, around 350mm a year, while just below the plateau, the Knersvlakte, hardly 30km away, only gets about 150 mm.

There are more than 40 accommodation establishments in the Nieuwoudtville area, from guesthouses to caravan parks. Each one is listed on the local tourism website, which also includes dining spots and activities. DM/ ML

In case you missed it, also read Kenhardt: The former outlaw town with a sunny future