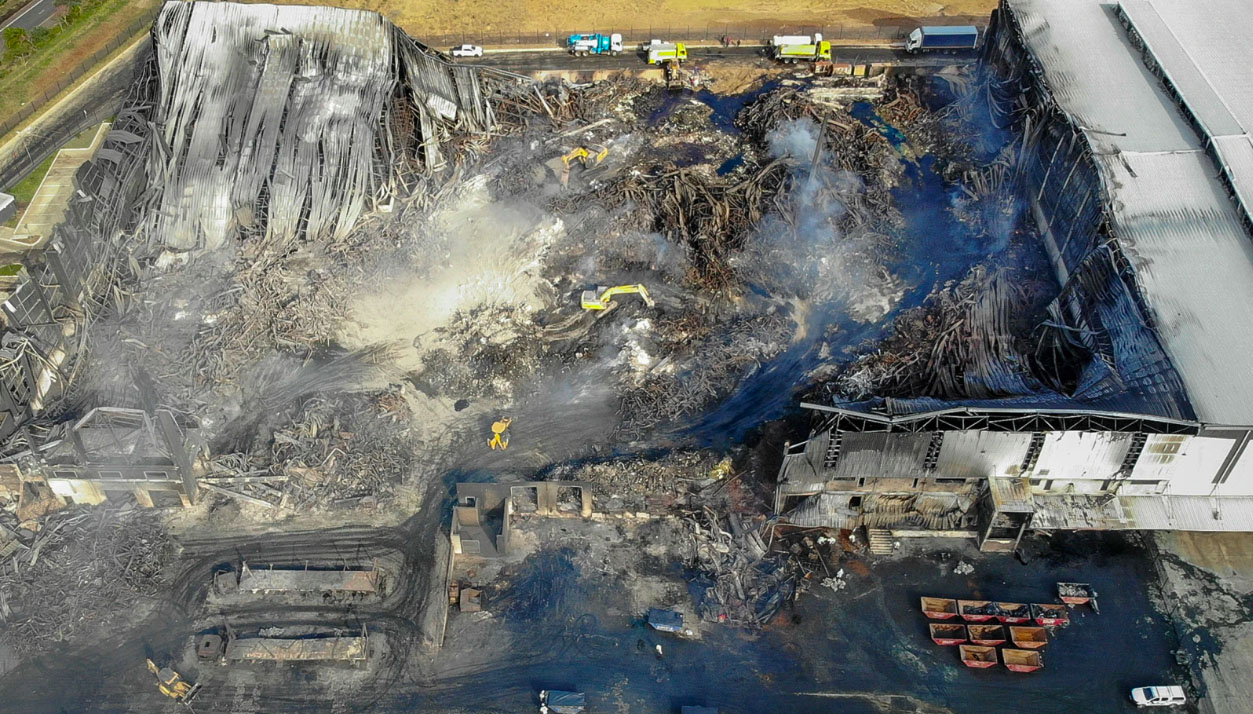 The multinational UPL agrochemicals and farm poisons group has held another closed-door meeting with a forum of Durban community stakeholders to discuss the human health and environmental costs of the Cornubia pesticide warehouse explosion and fire — but the media was banned from attending at the behest of the company.

Shortly before the meeting at UPL’s corporate offices at 7 Sunbury Crescent in La Lucia on 23 July, Our Burning Planet sought written clarity from the company on whether it welcomed the presence of the media to report on the discussions — and if not, the reasons for its opposition.

The company sought to dodge these questions, claiming it had been “agreed by both parties” (UPL and the Cornubia Multi-Stakeholder Forum) that the meeting would not be open to the media.

But the forum had, in fact, pushed strongly for journalists to attend an open discussion to ensure accurate reporting and direct access to information. Behind the scenes, however, UPL attorney Norman Brauteseth threatened to cancel the meeting if this writer — or any other journalists — pitched up.

“The attendance by Carnie is becoming a side show that will seriously sour relations. Can someone please get it under control?” Brauteseth fumed in a message to the forum.

The Multi-Stakeholder Forum (MSF) was set up by the government in October to be “inclusive and representative of all stakeholders” to “create an environment for interested and affected parties to engage meaningfully with each other, the authorities and UPL South Africa (Pty) Ltd”.

It includes a wide variety of public stakeholders who have been demanding more direct access to information from both the company and the government about the aftermath of the 12 July 2021 arson attack and explosion at the Cornubia warehouse, which engulfed nearby residences and businesses in clouds of toxic smoke for at least eight days.

The water-borne release of large quantities of farm poisons also led to the death of nearly four tonnes of fish in the Umhlanga estuary, and a prolonged closure of several Durban beaches due to concerns about contamination from some of the 5,000 tonnes of highly poisonous pesticides, herbicides, solvents and other farm products stored at the UPL warehouse.

Jeremy Ridl, a Durban environmental attorney and convenor of the 26-member forum, has confirmed that he contacted UPL before the meeting this weekend to suggest that the media be invited to attend — but was told “in no uncertain terms” by UPL that media were not welcome and that the meeting would be called off if any journalists were to attend.

Rico Euripidou, an environmental epidemiologist from the groundWork environmental justice group who attended the meeting, said he was surprised by UPL’s “silly” stance.

“I told them (UPL) that they had scored another own goal by excluding the media. It’s so silly. It would have been very useful for journalists to attend and hear first-hand about the extent of the remediation work so far by (UPL’s environmental and scientific consultants).

“They seem to be scared of the media and still think that they can direct their terms of engagement with the public.”

UPL’s reluctance to engage with the press and public stakeholders affected by the explosion — other than via media releases and queries channelled through its public relations consultants (Resolve Communications) — has been evident from the very outset of the Cornubia disaster.

Last August, during an official inspection in loco of the Cornubia warehouse by the National Assembly’s Portfolio Committee on Environmental Affairs, UPL’s Africa regional head, Marcel Dreyer, confronted this writer, demanding to know who had given him “permission” to attend the inspection, even though the assembly’s proceedings are open to the media and the public.

UPL and its attorneys have also delayed meeting the Multi-Stakeholder Forum for several months. It did not attend the launch of the forum on 23 October and thereafter “declined” to meet forum members, relying on the legal argument that the forum’s interim terms of reference had not been duly signed off by Ravi Pillay, KwaZulu-Natal’s MEC for Environmental Affairs.

Therefore, the forum did not really exist formally — UPL also believed it was trying to usurp the functions of government bodies to whom UPL was legally accountable

Finally, just short of a year after the explosion, it held an inaugural meeting with a small group of forum members on 30 June 2022 to “explore how both parties can work together moving forward”.

At the second meeting this weekend, UPL consultants delivered several presentations to forum members on the progress made over the past year on remediation of the pollution, along with studies on air pollution and health.

Since Our Burning Planet was barred from attending, no first-hand account can be provided here — other than directing readers to this media statement issued by UPL’s public relations consultants.

According to UPL: “It was agreed by all participants that the meeting was constructive and helpful. There will be discussion on the timing and form of future engagements, particularly with regard to the public health risk assessment process, and the need to finalise and implement the remediation action plan.

“UPL South Africa is proud of the significant progress that has been achieved over the past year and remains committed to working with all stakeholders, including the MSF and government, when it comes to the ongoing rehabilitation work that continues on and around the warehouse site.”

But does this “commitment to working with all stakeholders” include the media? DM/OBP