Durban residents challenge UPL: ‘Stop ignoring us. We are not legal ghosts’ 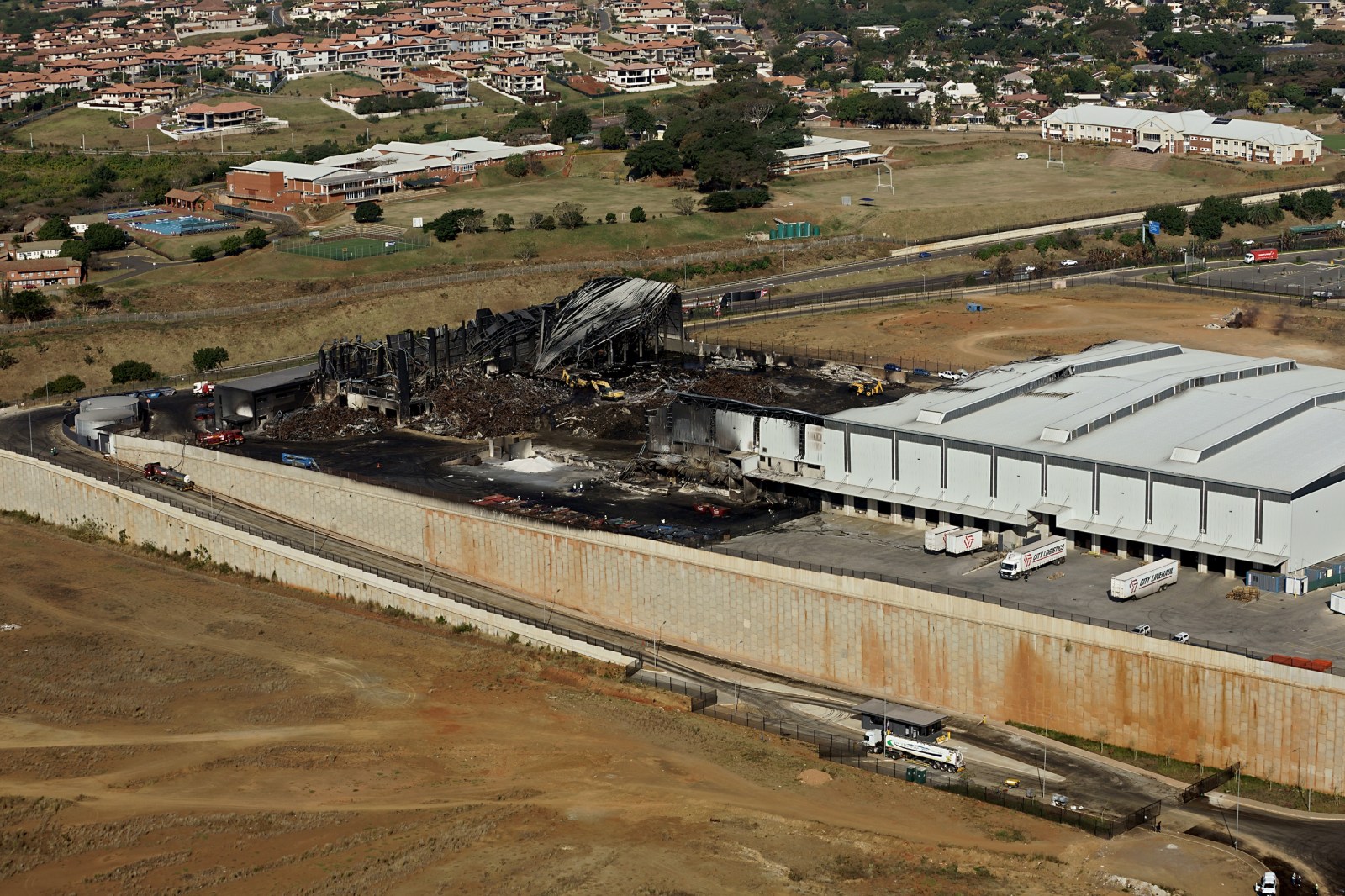 The remains of the UPL warehouse with neighbouring homes and schools visible behind. (Photo: Steve McCurrach)

Exasperated by the apparent legal stalling tactics from the UPL agrochemicals company, elected Durban community representatives have invited the company to a one-on-one meeting to discuss the aftermath of the disastrous July 2021 chemical spill and explosion at Cornubia.

The meeting has been requested by the 26 members of the Cornubia Multi-Stakeholder Forum, set up in October at the recommendation of Parliament’s Portfolio Committee on Environmental Affairs, with the support of national environment minister Barbara Creecy and her KwaZulu-Natal MEC counterpart, Ravi Pillay.

Creecy said the idea behind the forum is to “ensure meaningful engagement between authorities and the public, and to act as a conduit for the dissemination of information to communities affected by this incident”.

But in a recent open letter, the community representatives complained that UPL still refused to recognise them or their right to be consulted on issues that affect them, following the 12 July chemical fire involving more than 5,500 tonnes of pesticides, solvents and other agrochemicals.

UPL commercial director Jan Botha countered with a responding letter, denying that his company had “refused” to meet them. It had, however, “hesitated” to meet because it was worried that the forum could be given “untenable“ legal powers – also suggesting that they were merely a steering committee with no legal standing.

Now, in more polite language, the forum has suggested that UPL should ditch the haughty, legalistic tone and meet face-to-face if it’s genuine about addressing community concerns.

In a letter to Botha on May 27, the elected forum members said, “We note that you continue to deny the existence of the multi-stakeholder forum when you state that, after six months, we have still ‘not been established’, simply because final ‘terms of reference’ have not been adopted.

“We assure you we exist,” they said in a letter, copied to Creecy, Pillay and UPL’s Durban-based attorney, Norman Brauteseth.

“We are a diverse group with considerable relevant expertise to offer on the long road to making good the harm that has been caused to communities and the environment by your company.

“We hereby request a meeting with you and your team of lawyers and consultants at any time and place mutually convenient to discuss matters with us directly, so we both avoid ‘litigating via the media’.

“We do not understand your claim that we have been given powers that ‘would usurp the functions of the statutory bodies to whom UPL is legally accountable’.

“No such powers exist, because they have not been given to us – not in any directive, or in any terms of reference. Perhaps at the proposed meeting, you could explain what you mean.”

Noting that several thousand tons of toxic chemicals had been released into the air, soil and water close to densely populated residential areas, the 26 members said:

“Our forum is doing no more than providing a platform for stakeholders to exercise their constitutional right of access to information, and to participate in decisions that affect them, the environment and the public interest, and ultimately their right to hold those responsible for the disaster resulting from the ‘incident’ at your warehouse to account.”

They said they were grateful for the leadership shown by MEC Pillay in recognising the civil society groups that formed immediately in response to the incident, and his efforts to unite them through the establishment of the forum.

They also welcomed the commitment made by Pillay and Creecy that their departments and officials would be open and transparent with the community “and that everyone involved in the incident would be held accountable where appropriate, including government”.

“We look forward to hearing from you.”

Asked to comment on the latest letter, the company said: “UPL will be responding to the interim MSF directly, and has no comment at this stage.” In a previous response on 23 May, Botha said his company recognised the role of the forum and that “once it is properly constituted”, UPL looked forward to “engaging with it in a proper manner when that occurs in the future”. DM/OBP

Durban residents challenge UPL: ‘Stop ignoring us. We are not legal ghosts’