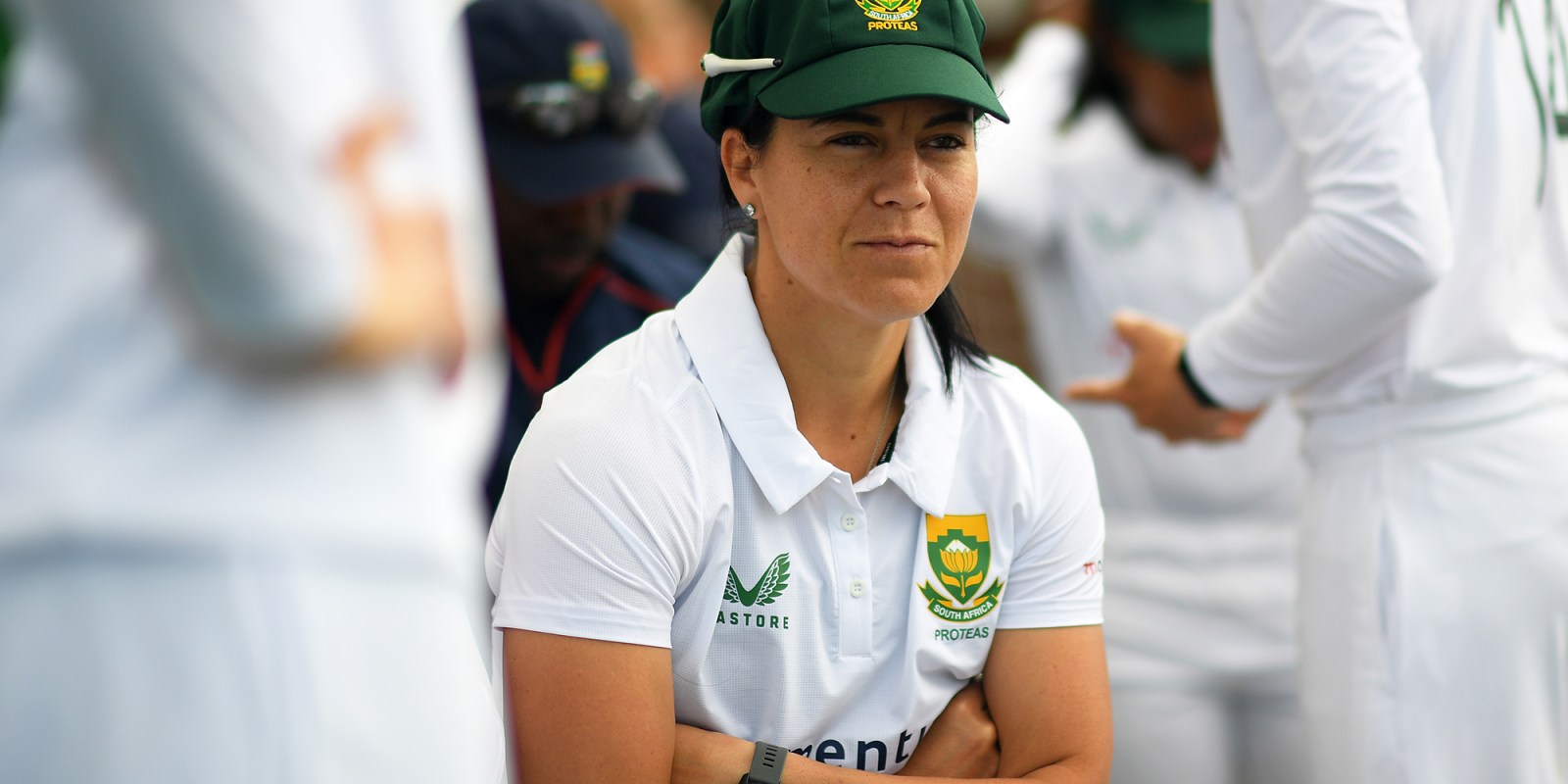 After a tough tour to England, the Proteas women have to pick themselves up for an assault on the Commonwealth Games.

Proteas star all-rounder Marizanne Kapp will not return to the South African squad in England for the Commonwealth Games starting on Thursday in Birmingham.

Kapp left South Africa’s recently concluded all-format tour to England – before the start of the three T20Is – citing family reasons as she travelled back home to Gqeberha.

The all-rounder was in excellent form with the bat, scoring 193 runs in the once-off Test match and 147 runs in the three ODIs against England.

Meanwhile, stand-in captain Suné Luus and fast bowler Shabnim Ismail, who both missed the final T20I on Monday, will both be available for the Proteas first Commonwealth Games match against New Zealand on Saturday.

“[Sune Luus and Shabnim Ismail] will be ready. It’s just precaution from the medical [team] to make sure they’re 100% ready for the first game,” said Moreeng.

Luus, who only bowled limited overs across the tour to England due to a finger injury, is also expected to be ready to turn her arm over at the quadrennial event.

The Proteas women went winless in their tour to England, drawing the Test match and being whitewashed 6-0 in the white-ball series (three ODIs and three T20Is).

“The performances have been there, but not enough as a collective for us to be able to make the impact that we would have liked on this tour,” said Moreeng after the Proteas suffered a 38-run loss in the final T20I on Monday.

South Africa’s batting was inconsistent throughout the tour. Captain Luus particularly struggled to acclimatise to the English conditions, averaging more than eight in England and only passing double digits twice — both scores came in the Test match (27 and 10).

“We’re a very proud team. Don’t get me wrong … we’re just not very proud of the results that we’ve seen, because it’s not something we want to get used to,” said Moreeng.

For various reasons, the Proteas had a number of senior players absent for the entire tour or large parts of the tour, including regular captain Dané van Niekerk, Mignon du Preez, Kapp, Ismail and Lizelle Lee, who retired mid-tour.

Despite the results not going their way, Moreeng said there were positives to take from the tour, pointing out the performances of the younger players who were blooded, such as Delmi Tucker, Nadine de Klerk, Lara Goodall and Anneke Bosch, in particular.

“There have been a lot of players who haven’t been playing regularly in the side … this encourages us moving forward because, as a team in transition, we mustn’t lose sight of the fact that opportunities will be given to youngsters and it’s going to require a bit of patience for them to start finding their feet and give us the performances we can get from them,” said Moreeng.

“Thus far, it has been good. Bits and pieces here and there, but not as consistent as we would like as a collective … but there are definitely players who are putting up their hands and giving us encouragement going forward.”

Nonkululeko Mlaba, who turns 23 on Wednesday, is another youngster who improved as the tour progressed. She recorded career-best figures of three for 22 runs in Monday’s final T20I.

“When [Mlaba] was identified, we knew she’s someone who is going to give us a lot of these kinds of performances. It is a work in progress going forward, because she’s still a youngster finding her feet at international cricket,” Moreeng said of the left-arm orthodox spin bowler.

The Proteas now travel to Birmingham, England, where they will participate in the Commonwealth Games. Although the Games start on Thursday, the Proteas’ first match is on Saturday.

“The turnaround is very short, but there are a lot of positives we are taking, and we can work on making sure we’re ready for the first Commonwealth Games [match],” said Moreeng.

“We know going in that these are once-off games, and every game will be played like a knockout final. With us, it’s to ensure with each and every game to stay in the moment.”

South Africa are in Group B with hosts England, New Zealand and Sri Lanka, with the top two teams in each group qualifying for the semifinals.

“Anything can happen … it’s T20 cricket – one over can change the game. It’s a tough group, but the good thing about the group is that we are aware of what they can do. We know them extremely well … we know what kind of cricket they play and the style they play,” added Moreeng.

“The good thing for us is we’ve been in these conditions for a while … we’ve acclimatised well and everyone is ready to go. We should have a clean bill of health in the squad to be able to make sure we select the best possible team for the conditions to compete from the first day.” DM