My advice to Banyana Banyana: Play the man, not the bal...

My advice to Banyana Banyana: Play the man, not the ball 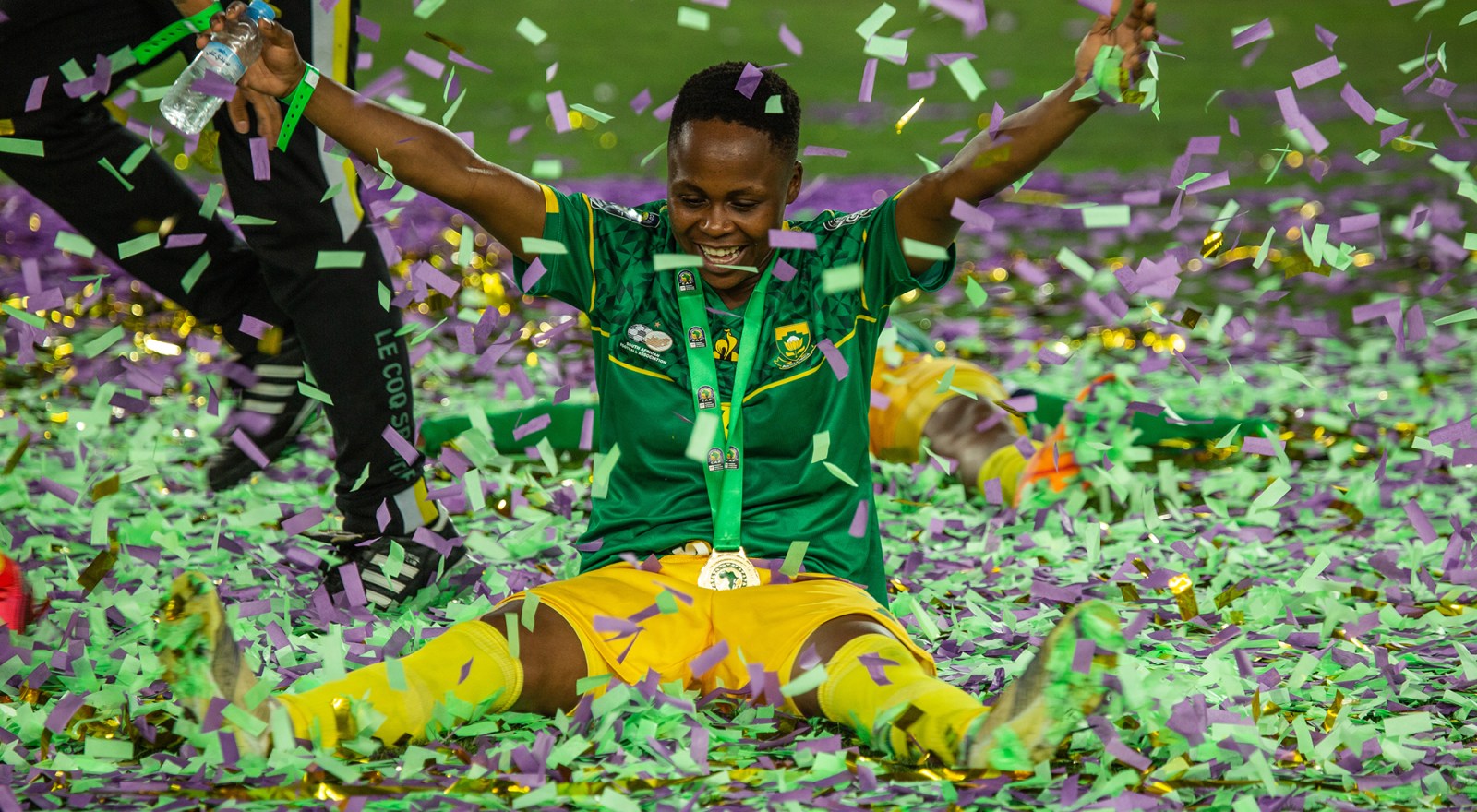 Let’s do a little soothsaying because I have a dark suspicion of what is going to happen now. Banyana Banyana arrived back in SA on Tuesday and were rightly heralded for a fabulous achievement: winning the Women’s Africa Cup of Nations. A good crowd turned out for the winners, and we forgot about Eskom for at least an hour.

Their big win in Morocco might be the highlight of Banyana Banyana’s career so far, but they have been a high-achieving team for some time, albeit with the occasional hiccup.

While they got thrashed by Holland earlier this year, they beat a host of other good teams, including the one fielded by Nigeria, to win the Women’s Africa Cup of Nations. But from a branding point of view, victory in a tournament of this size changes everything — often in ways they players themselves don’t fully appreciate at the time.

My dark suspicion is that some guy with a very flash car and an even flashier smile is going to present himself to the players with what he will describe as “a plan”. The “plan” will be to “secure their financial future”. There will be some token representation of financial expertise, including one or all of the following claims:

I don’t think you have to be a great psychologist to recognise that sportspeople are particularly prone to the winner’s curse. The same obsession and focus needed to succeed at a high level in sport can be harmful when applied with the same vigour to your lifestyle and savings.

The poster child who demonstrated both sporting brilliance and off-field financial disaster was American football player Warren Sapp, who earned $82-million during his 13-season stint with the Tampa Bay Buccaneers and managed to blow it all. At the time of his bankruptcy, he had $826.04 in his account. During the auction of his house’s contents, it was discovered that he had a huge and very expensive tennis shoe collection (note the obsession) and a lion-skin rug (note the ridiculousness).

For sportspeople, investing has the same pitfalls as it does for ordinary people, but it’s all speeded up because, although the earnings stream can be huge, it’s also typically short.

The earnings trajectory of sportspeople can give them a false sense of security; if you are earning that much, then buying hugely expensive cars doesn’t seem out of place at the time.

That too is a speeded up version of the savings profile of most people out there; you tend to assume your earnings will continue at the highest level you achieve.

Some financial advisers of sportspeople say one of the biggest challenges for professional athletes is managing relationships with friends and family. Athletes feel an obligation to give back, often because they feel a bit guilty about earning so much more than their loved ones. Boundaries, as with third-party professionals, are crucial as always.

Fortunately, as far as Banyana Banyana is concerned, the sports administrators have, with great wisdom, taken care of this situation by making sure the players earn very little. That happily obviates the financial burdens they might feel if they were earning, say, the same as the men’s team.

Each squad member will receive, for the tournament, approximately R577,000 each, with R9.2-million coming from the prize money and bonuses from the South African Football Association, while Sports Minister Nathi Mthethwa has kicked in a bonus of R5.8-million from his department.

As my Maverick Citizen colleagues pointed out this morning, this compares to the R520,000 that the national men’s team, Bafana Bafana, received in 2019 just for reaching — not winning — the quarterfinals in the Africa Cup of Nations.

My guess is that from a branding point of view, the Banyana Banyana players have more going for them than the Bafana Bafana players — and not just because they actually win competitions. The available product range out there is large and the pool of players who have reached this level is probably smaller. Just my guess.

Anyway, congratulations to the Banyana Banyana team. I really hope they find financial advisers of the non-bullshitter variety. BM/DM