Banyana Banyana and gender parity: a test for South Afr... 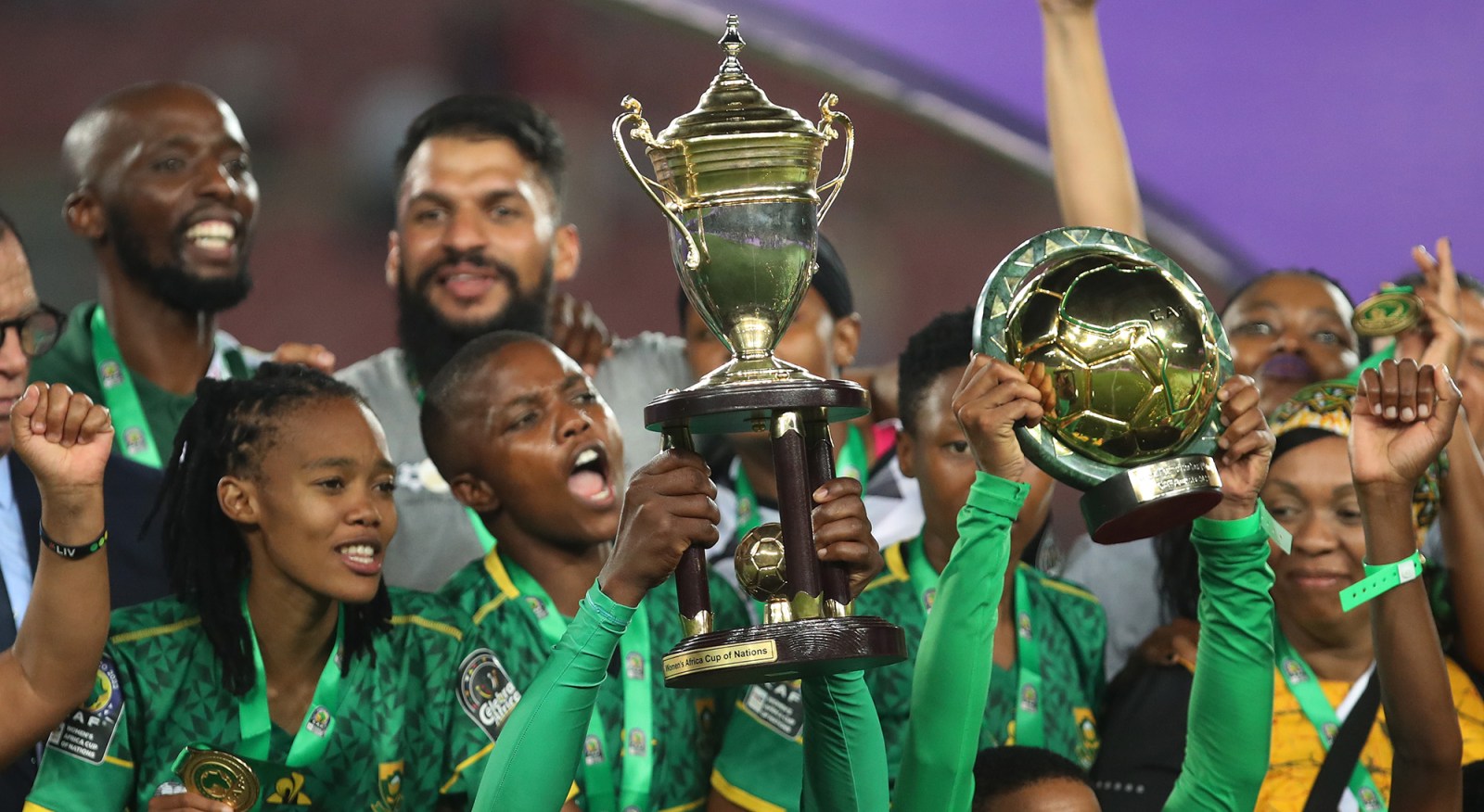 Banyana Banyana have made the country proud, yet while everybody loves a winner it seems not everyone is as enthusiastic about ensuring equal and fair remuneration of winners. This victory has brought into sharp focus the gender disparities that still exist despite a Constitution that guarantees that no one should be discriminated against based on their sex or gender.

This week got off to a spectacular start with the news of South African women’s soccer team Banyana Banyana winning the Women’s Africa Cup of Nations, and that they have also qualified for the Fifa Women’s World Cup 2023. A massive feat under normal circumstances, but even more so considering the hurdles the team has overcome. They have faced gross underpayment and sometimes no payment at all, an issue ascribed to unequal gender practices.

For winning the cup, the South African Football Association (Safa) will pay the players R400,000 each in bonuses, compared with the R520,000 that the national men’s team, Bafana Bafana, received in 2019 just for reaching, not winning, the quarterfinals in the Africa Cup of Nations.

The Commission for Gender Equality spokesperson Javu Baloyi  described the unequal bonus structure as a “slap in the face” for Banyana. “It is not in the spirit of gender equality and parity… We call on the Safa leadership and the department of arts, culture and sports to look at this issue as a matter of urgency. We cannot have Safa delegates getting excited when the Banyana Banyana win but the remuneration is not the same as the men’s senior team.”

It is clear that gender politics in South Africa has a ways to go in terms of  being ventilated and equalised. According to a 2021 report by Statistics South Africa, the employment and payment gap between men and women persists, with women’s unemployment sitting at 34% and men’s at 31.4%. Research by the United Association of South Africa also showed that women in South Africa earn between 23% and 35% less than men despite existing legislation to stop workplace discrimination based on gender.

Read more in Daily Maverick: “South Africa has many mountains to climb to achieve gender equality by 2030”

Pronouncing on gender equality, the United Nations affirms that: “Gender equality was made part of international human rights law by the Universal Declaration of Human Rights, which was adopted by the UN General Assembly on 10 December 1948. That milestone document in the history of human rights recognised that ‘all human beings are born free and equal in dignity and rights” and that “everyone is entitled to all the rights and freedoms set forth in this Declaration, without distinction of any kind, such as race, colour, sex, language, religion… birth or other status’.”


And yet, according to UN statistics, on average women still earn 20% less than men globally. In terms of women in law-making positions, as of 2021, only 25% of all national parliamentarians were female, showing a marginal increase of 14.7% from 11.3% in the 27 years since 1995.

This shows that the South African gender gap is higher than the global average, and that there is an undervaluation of work that women do, despite their additional burden of often being primary providers of unpaid care work to family members.

In 2020, Oxfam released an annual report, Time to Care: Unpaid and underpaid care work and the global inequality crisis, which showed that women and girls put in about 12.5 billion hours of work a year valued at $10.8-trillion but remained at the bottom of the food chain. Most of this work goes unrecognised and therefore unpaid or underpaid.

Read more in Daily Maverick: “Africa is not a country: One size does not fit all in the fight for gender equality”

Banyana Banyana reached the highest levels of footballing excellence on the continent only to receive sub-par remuneration, while Bafana Bafana did the bare minimum and were not even crowned continental champions yet received superior remuneration. What does that say about society?

One can only infer that to be a woman is to know struggle; in fact it seems to be par for the course. Even when there is no plausible reason for struggle to exist, even when international statutes guarantee your right to equality and the Constitution – the highest law in our country – says you are entitled to equal treatment and may not be discriminated against, the struggle persists.

While Banyana Banyana may seem to be enjoying public support right now, the true test will be the continued advocacy for equity. Further, an examination is required to eliminate gender inequality in South Africa. The athletes cannot be exceptionalised to the detriment of millions of other women who face similar struggles in the workplace. We have the legal framework to mobilise around gender parity in order to realise the call by the UN Entity for Gender Equality and the Empowerment of Women for Gender equality today for a sustainable tomorrow. DM/MC