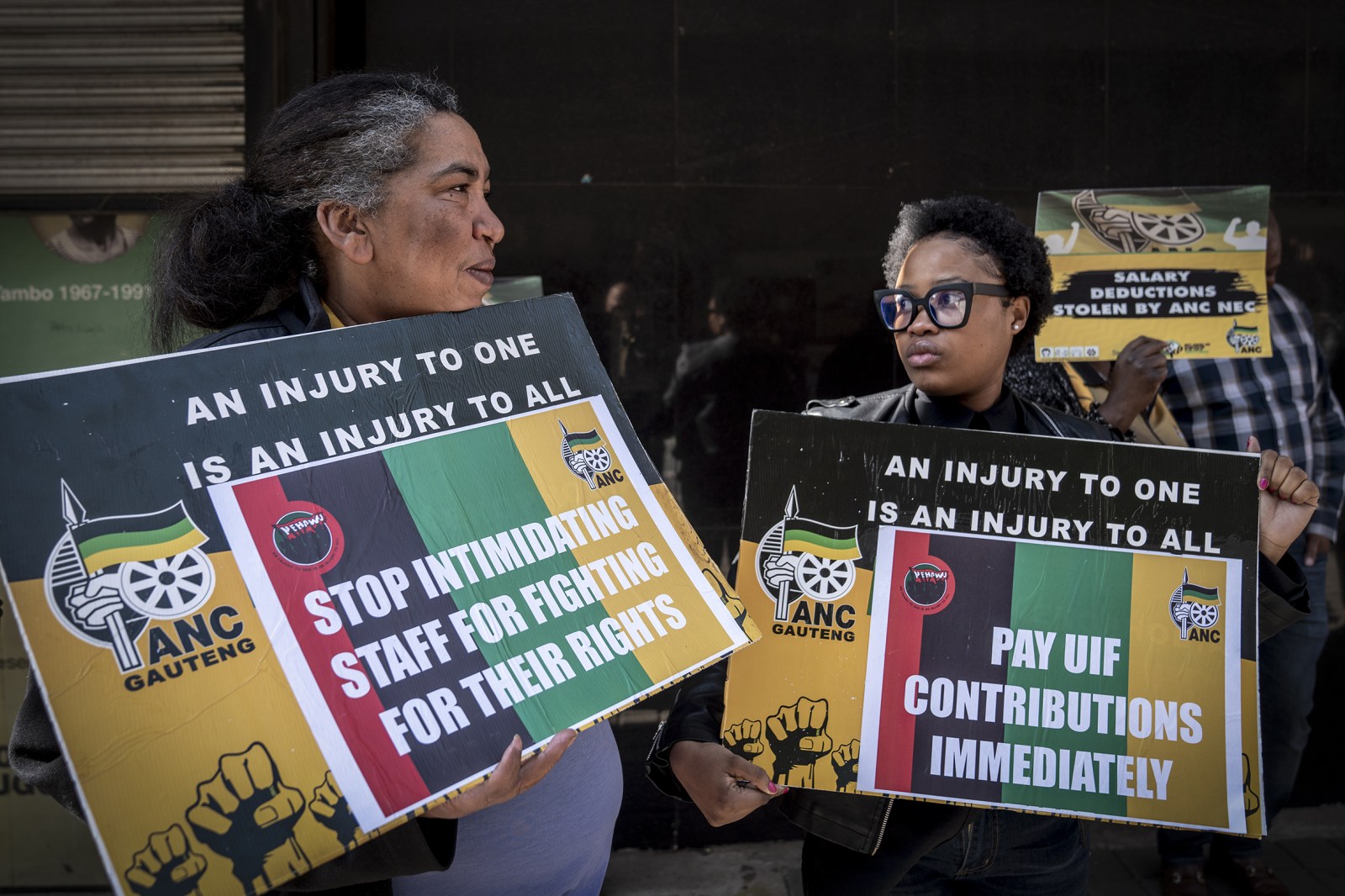 The ruling party in KwaZulu-Natal is running on a significant deficit and faces court action from a supplier who rendered services dating back to 2016. The cash-strapped party has suffered national financial woes leading to the non-payment of salaries. Picketers are now threatening to interdict the policy conference, scheduled to start on Thursday.

In the political report delivered at the ANC’s provincial conference over the weekend, it was revealed that they were running at a deficit of R7.5-million deficit, which excludes the R3.4-million which they owe Kairos Communications for services rendered during the 2016 local government elections.

The province has been affected by the Political Party Funding Act, which they say was a deterrent for potential donors who do not want to be revealed.

Speaking to delegates over the weekend, former provincial treasurer Nomusa Dube-Ncube said while the party does respect the Act, the province does have concerns that it might infringe on the country’s democracy.

“Admittedly the office of the provincial treasurer received calls from many potential donors, who expressed their concerns about the possibility of names being published by the Electoral Commission in the quarter disclosure report. Their concerns were not about illegal practices, but because of their confidentiality which they believed was important for their business.

“Having said that, we do accept and believe that there is a need to strengthen our democracy, enhance our transparency and for political parties to be held responsible through the act. But, on the other hand, the reality is that potential donors are also withholding their contributions, which on its own is a serious threat to democracy,” she said.

In terms of the Political Party Funding Act, which came into effect in April 2021, parties are required to disclose all donations of R100,000 or more. The Electoral Commission has been mandated to publish all the declarations made by the parties on a quarterly basis.

The Act has previously been referenced as one of the reasons why the ANC has been inconsistent with paying staff salaries.

ANC employees and representatives of the ANC staff picketed across the country on Monday 25 July to protest the late payment of salaries and the party’s failure to pay medical aid and provident fund contributions.

Unpaid staff are threatening to interdict the national policy conference — scheduled to officially commence on Thursday at Nasrec — should their salaries not be paid by then and their other demands met. The ANC has committed to resolving the issue in the coming days.

“We will be at the conference solely for picketing. We have an impression that some believe that this can continue without the staff compliment and for that reason great to them but we will be there picketing and highlighting the plight of ANC staff. We are discussing several options including interdicting the very same policy conference,” according to Thamsanqa Ncokwane, a representative of the ANC employees at a protest outside Luthuli House on Monday.

“More effort has been put into resolving the problem of inconsistent and unsustained payment of staff — not only the salary but also the benefits that go with it. In the past few weeks, the officials had a special session to deal with the particular matter to come up with sustainable solutions. We had hoped that as things were corrected by the end of May we will not be in this situation again but we are here.

“It is great distress for us as the NEC and ANC that our staff is not happy because what is due to them is not provided. We are doing everything possible led by the officials to resolve the matter in the next day or two. There have also been negotiations with management that some of the funds exclusively set for the conference should go towards relieving what is owed to our staff,” she said.

This is despite the head of ANC treasurer-general’s office Keith Khoza, telling Daily Maverick that the issue of ANC staff’s unpaid salaries will not affect the scheduled conference.

According to Ncokwane, staff have not submitted another memorandum to the ANC, as their demands remain similar to those submitted in June last year. Ncokwane added that the implications are far-reaching this time around.

“Today we decided to come back to the picket line because not all of our issues raised in the memorandum last year have been addressed. The issues remain as they were even though from now and then there will be some attempt to resolve — particularly the issue of salaries, but it’s still not consistent and does not resolve staff issues and that has a far-reaching implication on those dependent on it. It’s not just about salaries; there are creditors we also need to pay. It is just not normal that our feeling is the leadership is not paying much attention to the issues.”

Protestors told media they will continue to picket at the policy conference in Nasrec as of Thursday. DM