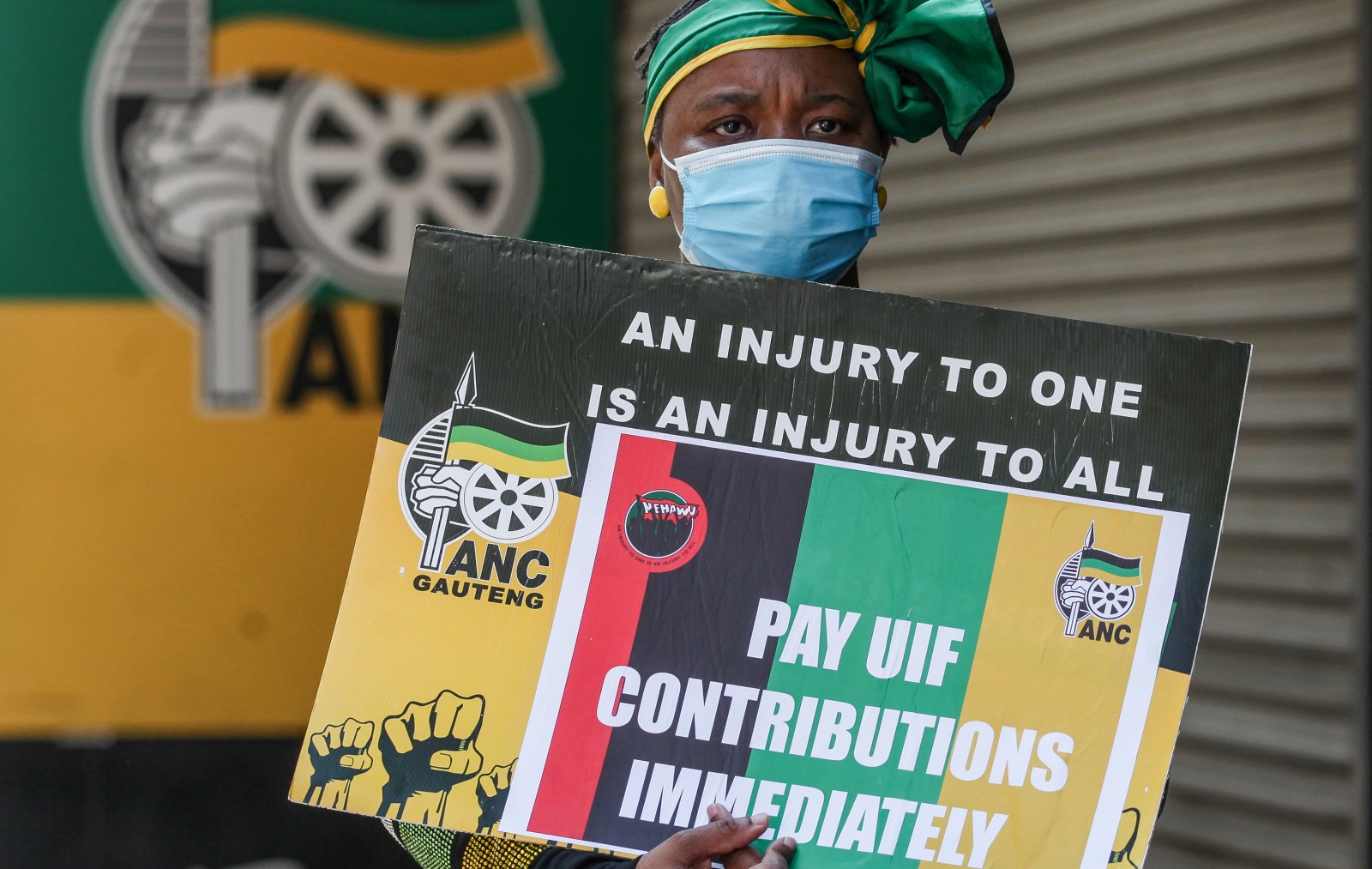 For the past four years, people employed by the ANC have been intermittently protesting and staging go-slows in the hope of getting their employer to pay them. Now, the non-payment of salaries is threatening one of the party’s key events.

With the ANC’s national policy conference scheduled for next week at Nasrec in Gauteng — expected to be attended by thousands of delegates — staff at party headquarters, Luthuli House, have called for the event to be postponed after they weren’t paid their June salaries.

Daily Maverick has learnt from ANC staff representative committee chairperson Mvusi Mdala that a culture of non-payment of wages has not only affected workers at party headquarters, but also in branch offices in the Western Cape and North West.

It’s not only June salaries that have gone unpaid. Apparently, this has been an issue for at least four years.

“I am also affected by it… it is a very unfortunate situation and we are highly disappointed with the treatment we are getting from this uncaring leadership of the ANC,” said Mdala.

“We have seen them running conferences from one province to the other, spending money which is more than enough to pay its staff. But they say they don’t have money.

“That indicates one thing to us… that they continue not to care about the welfare of staff members of the ANC. Their only concern is to get elected to positions.”

Explaining the extent of the crisis, Mdala said: “We have about 12 families whose loved ones were working for the ANC and who have passed on in recent years, but to date, their provident funds have not been paid out because the employer has failed to pay its contributions for the past four years… some of these deceased ANC staff were breadwinners.

“Some of our staff can’t send their children to school… others have lost their hard-earned investments, houses and cars. Yet the situation is not getting any better — it’s worse.”

Khoza said the upcoming national policy conference would not be delayed because staff had not been paid: “The scheduled conference will continue its business while the ANC tries to find donations to fund the staff salaries.”

“Staff salaries not being paid on time is a result of donation shortages, because we rely on them to pay salaries… we only owe salaries for June. We will pay staff when we get the donation,” he said.

Political analyst Sandile Swana says the ANC’s attitude to non-payment of staff or suppliers of services speaks volumes about its attitude to managing state funds.

“The ANC’s financial character is characterised by financial delinquency… it’s like a mother drinking alcohol with household income, but the child has not eaten for days — that is the type of leader of society that South Africa has.”

Swana says the ANC’s financial crisis consists of two related issues: First, the comrades who work in the ANC want to earn salaries comparable to those earned by people working for the state; and second, the ANC’s hiring policies and payroll need attention. There is overstaffing and overpaying in some areas.

“The ANC is in a deep and long-term financial crisis as an organisation relative to its capacity to pay its creditors and staff. This is not a crisis that can be solved in a short space of time.”

Swana continued: “In fact, they probably have to retrench between 50% and 60% of their staff. They probably also have to reduce their salaries to levels comparable to those of other NGOs — because the ANC is also an NGO. Salaries and skills in the ANC have to correspond.

“Since the 1990s, the ANC has been infiltrated by opportunists, careerists and general criminals who are in the party for money. It’s hard to tell who is in the ANC for the politics.”

Meanwhile, Mdala said the ANC staff representative committee would meet on Friday to determine a plan of action to ensure that the salary situation was resolved. DM