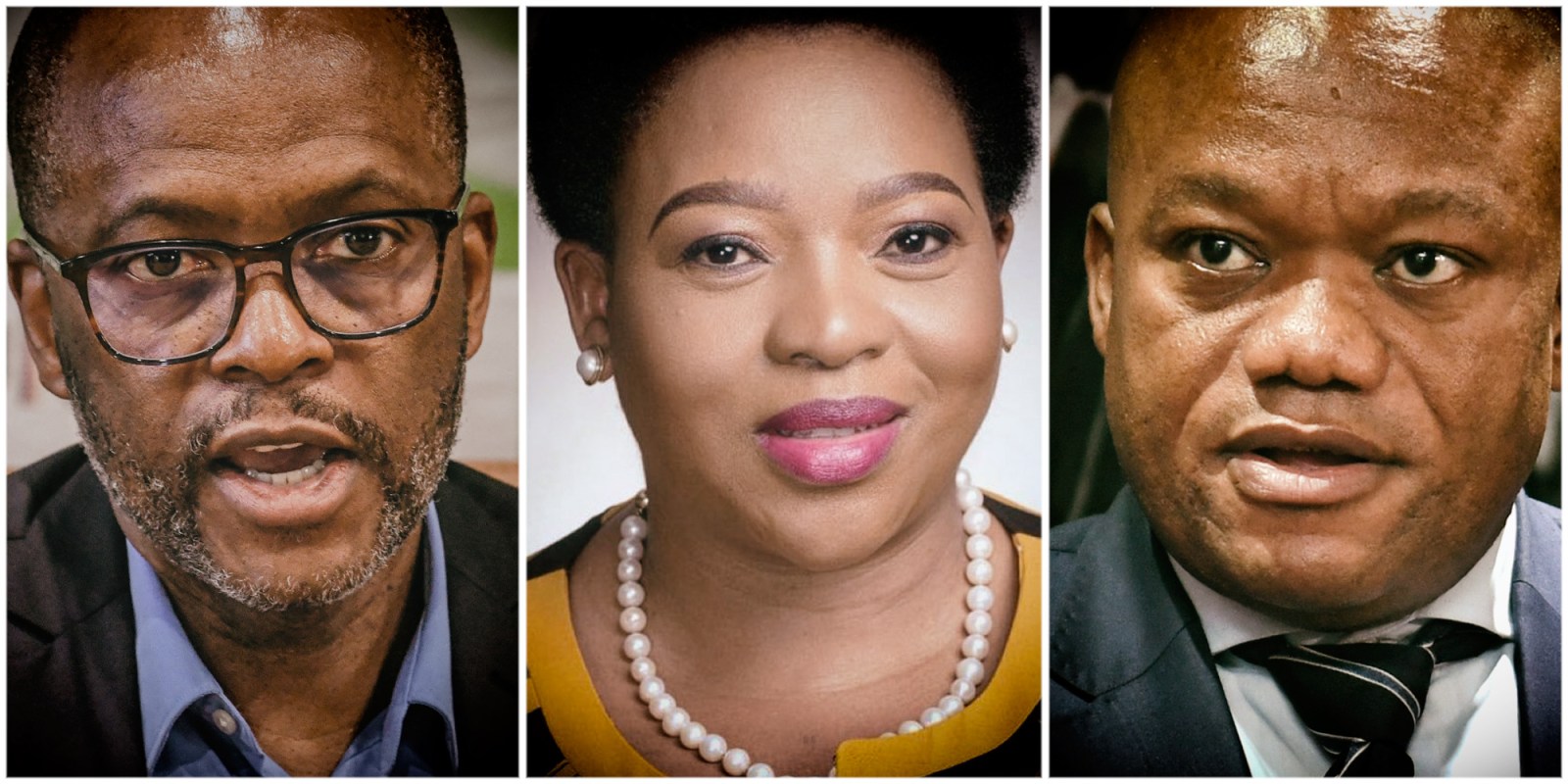 The outcome of the ANC’s much-anticipated 9th provincial conference in KwaZulu-Natal this weekend could have far-reaching implications for the ruling party, and perhaps even for the country.

If there is ever going to be a change at the top within the ruling party or the country — such as the removal of President Cyril Ramaphosa — the ANC leadership in KwaZulu-Natal (KZN) that will emerge after this weekend’s conference will have a significant say in determining such outcomes.

The conference will also determine the political futures of several leaders, including the former health minister, Zweli Mkhize, whose career was upended last year after he was linked to the Digital Vibes scandal.

The conference will also affect the current ANC leader in the province, KZN Premier Sihle Zikalala, as well as several others who are on his slate, plus those who are on five opposing slates.

KZN is the party’s biggest province in terms of numbers, and the so-called Radical Economic Transformation (RET) forces — which are opposed to Ramaphosa’s leadership — wield considerable influence.

Out of the 11 regions in KZN, the RET-aligned leadership controls nine. If ever there were to be a serious challenge to the current leadership of the party, KZN would be a hotbed of campaigning.

Because KZN is the biggest province in terms of numbers, it has previously played a kingmaking role in the ANC’s elective conference, which takes place in December this year. However, the province’s influence has been waning in recent years amid deep divisions. For the first time since the advent of democracy, there is no one from the province in the ANC’s top six.

In the days leading up to this weekend’s conference, it was clear that at least three candidates — Sihle Zikalala; KZN MEC for Finance and long-serving ANC leader Nomusa Dube-Mncube; and Sandile Zungu, an ambitious business mogul — would contest for the position of provincial chairperson, although other nominations for the position can be made and endorsed from the conference floor.

Other names on slates that have been flighted include ANC provincial executive member Sboniso Duma; the ANC’s former director-general of KZN, Nhlanhla Ngidi; and KZN MEC for Transport, Peggy Nkonyeni.

The name of corruption accused, former Durban mayor Zandile Gumede, has also been linked to contestation for the position of provincial treasurer.

Many of these candidates claim to have the support of the powerful RET faction of the ANC, which has staunchly supported former president Jacob Zuma. But one analyst, Prof Bheki Mngomezulu of the University of the Western Cape, believes that Zikalala and his supporters have alienated themselves from the RET faction for not showing complete loyalty to Zuma, especially during the time of his imprisonment on charges of contempt.

A weekend of horse-trading

Never before has there been such contestation for positions in the province, as it had become the norm for regions and branches to lobby one another and come up with one candidate per position, or possibly two candidates who would fight it out.

At one stage, there were five candidates punted for every one of the five top positions, including that of provincial leader (chairperson). Due to the ANC’s process of electing leaders, no debates have been held to test the candidates on the myriad challenges facing the party and the province. So the final selection will be down to backroom deals and horse-trading.

Xolani Dube, a Durban-based political analyst with the Xhubera Research Institute, predicts that incumbent provincial leader Sihle Zikalala — and most of those on his slate — will emerge victorious.

“In this conference, it will be Sihle against the rest. First of all, it is difficult to win against the chairperson (Zikalala) and provincial secretary (Mdumiseni Ntuli), especially if they are on the same slate.

“Another reason is that the other leaders should have met and consolidated a slate against Zikalala, but they failed to do that in time and now it is too late.

“Also, Nomusa Dube (KZN Finance MEC) started very well on her campaign, but then it faltered. I think her campaign team let her down and they failed to galvanise support for her.

“Sandile Zungu is an outsider without a clear constituency in the ANC to allow him to mount a successful challenge against seasoned politicians like Zikalala,” Dube said.

The stakes are high

Prof Bheki Mngomezulu was more circumspect. He said there were too many vested interests going into this conference and that any of the candidates could emerge as the winner.

“The stakes are very high and any one of the leaders can win. The province is the biggest in the ANC and the level of contestation is a sign that so much is at stake.

“Sandile Zungu, business leader and owner of AmaZulu FC, has a lot of clout and doesn’t have political baggage. He can also win. Nomusa Dube-Mncube enjoys the support of some people within the RET faction, and she can also win. So we don’t know who is going to emerge.

“Things will become clearer after the nominations have been made and we know for sure who will be the real contenders,” he said.

Mngomezulu said the conference will also be important for Zweli Mkhize.

“The manner in which Mkhize was forced to resign [as health minister] did not go down very well with some people, especially those in KZN.

“The result of this conference will determine what happens when the ANC holds the national conference in December. If the RET faction wins this (KZN provincial) conference, people like Mkhize might have a lifeline as the RET might nominate him to stand for the presidency of the ANC, and other provinces can follow suit. As long as he is not charged. If he is, he may not be able to contest for positions.”

The ANC leadership that emerges from this weekend will have the mammoth task of turning around the party’s faltering electoral fortunes in the province.

Daily Maverick elections analyst Wayne Sussman said it would be interesting to see how the new leadership intends dealing with the challenges.

“I think the 2021 local government election was the lowest point for the ANC — it was clear that other supporters stayed away and some of them decided to get behind parties like the IFP and the Abantu Botho Congress.

“The challenge for the new leadership is to unite the party in KZN, which is easier said than done.

“KZN has had several challenges ranging from the July riots to the floods this year. But we have to remind readers that it is one thing to go below 50% and lose power. The ANC will believe that even if it goes below 50%, it will still be able to convince smaller parties to govern with it.

“But if the ANC brand continues to suffer and lose support, it might be a poisoned chalice for other parties to form a coalition with it, because the next time voters decide to punish the ANC, those parties will be punished with it,” Sussman said. DM