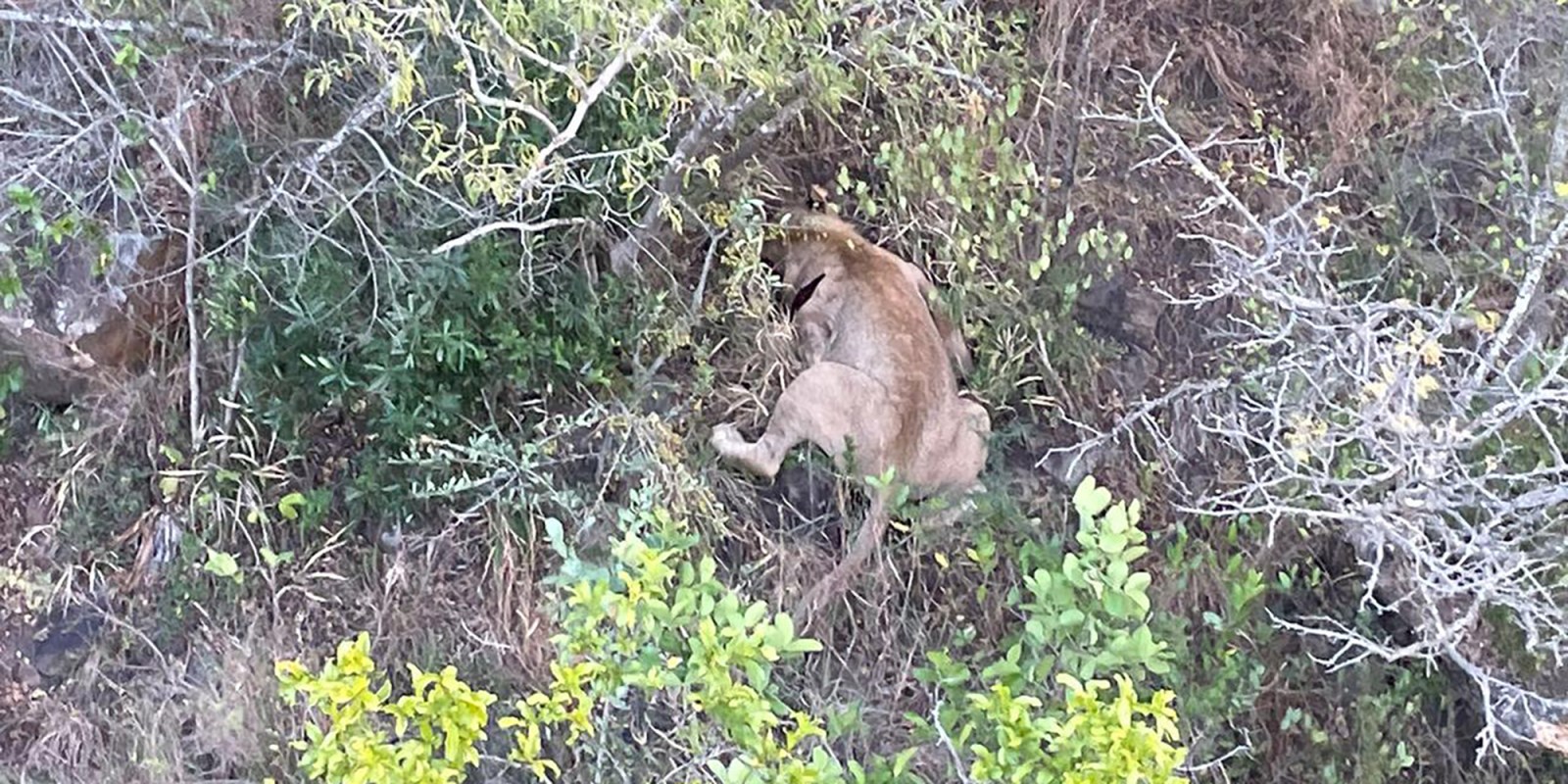 Six lions were killed by Ezemvelo KZN Wildlife staff who used a helicopter to track down a pride that had escaped from the Hluhluwe-iMfolozi Park and killed cattle belonging to members of surrounding communities. (Photo: Supplied)

Wildlife rangers have shot and killed at least six lions outside the Hluhluwe-iMfolozi Park, raising renewed concern about community safety and the poor condition of fencing around the flagship Big Five game reserve in KwaZulu-Natal.

Six predators were killed by Ezemvelo KZN Wildlife staff who used a helicopter to track down a lion pride that had escaped — at least three times — from the 96,000ha park over a period of less than a week.

During this time, the lions killed at least six cattle belonging to members of the Okukho and Nqulwane communities.

According to Ezemvelo spokesperson Musa Mntambo, the lions returned of their own volition after the first break-out. When they broke out a second time, Ezemvelo drove them to the park boundary using a helicopter. Staff then lowered the fence to allow them to reenter the reserve.

However, when the pride escaped for a third time, around 2am on Friday, a helicopter was deployed at first light to track them down, using location data from a tracking collar fitted on one of the lions.

Mntambo said four animals were destroyed soon afterwards and the other two were tracked down and shot in the afternoon.

“The six lions had killed six cows before they were destroyed, and the number of cows killed may rise as some community members still have to take stock.

“Most of them have been recently living in fear of their lives, which made them even scared of venturing to the areas they use as pastures for their livestock.

“The community’s anger was mounting, as it was feared that the lions had lost the fear of human beings,” said Mntambo.

While the decision to shoot the lions was based on their repeated escapes and the threat they posed to both people and domestic livestock, the killings have nevertheless sparked concern around the shoddy condition of sections of the park’s game-proof fence, and the lengthy delays in securing an adequate budget and contractors to repair damaged sections.

According to population estimates posted for public information at Hilltop camp at the weekend, there are — or were — an estimated 56 lions in the park.

It is understood that another 10 lions were shot and killed in the Nqolotshe area just outside the park about two years ago, when they also escaped through holes in the fence

The latest shooting of another six lions represents a significant percentage of these specially protected predators.

One local resident expressed relief today that the immediate danger to people had been averted.

Nevertheless, he expressed sadness that the animals had been shot — an action that would have been unnecessary if the boundary fence had been secure.

The source said it was essential to urgently repair the boundary fence for the good of both the community and the wildlife.

Ezemvelo has suggested that the most recent escape occurred partly due to fence-cutting linked to subsistence poaching.

There have been unconfirmed reports that several other lions have been shot and killed in recent months after similar break-outs — claims that have been denied by Ezemvelo.

In an official statement, Ezemvelo said local community representatives had been flown to the sites of the shootings to verify that the breakaway lions were now dead.

“The decision to destroy this pride of lion was taken following several community protests that resulted in a group of community members cutting the fence and staging a sit-in inside Hluhluwe-iMfolozi Park (HiP).

“They threatened to not only sit inside HiP until the (provincial government) resolved their issues, but also to hunt and kill any lions they saw.”

The group met with the MEC for Economic Development, Tourism and Environmental Affairs, Ravi Pillay, on 12 July and several resolutions were taken, including that:

“It is important to note that 94 people were recently employed as fence-liners. A meeting on Tuesday, 19 July 2022, has been scheduled with iNkosi Mlaba of Nqulwane and Nhlungwane areas; iNkosi Zungu of OKhukho area and iNkosi Zulu of Ngolotshe and Masokaneni.

“The meeting, which will be also attended by Izinduna from these areas, will discuss a number of issues, including the employment of 21 people belonging to each Induna within the above,” the Ezemvelo statement read. DM/OBP