Pride of lions shepherded back to Hluhluwe-iMfolozi Par... 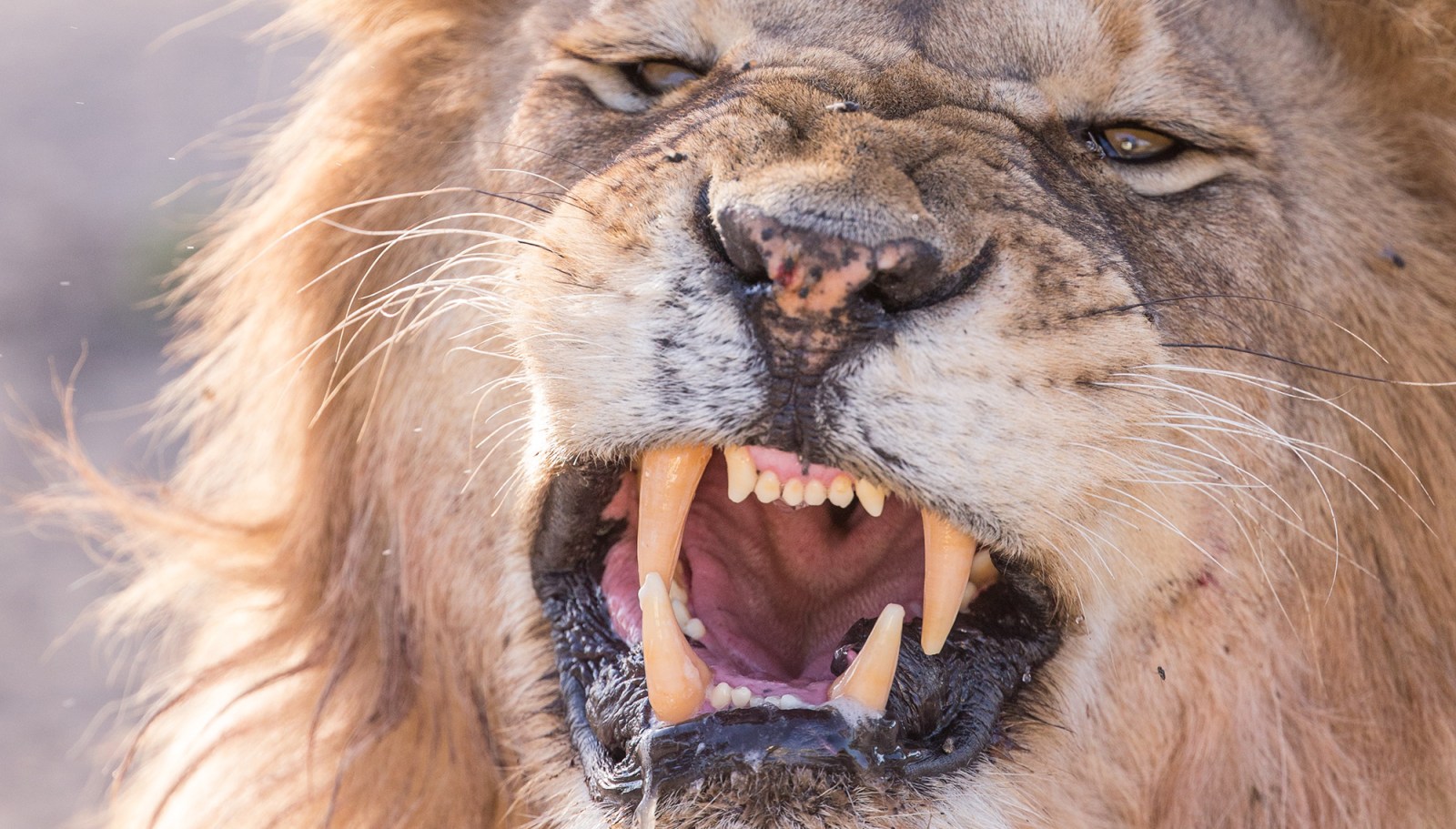 A pride of lions has been shepherded back into the Hluhluwe-iMfolozi Park after killing at least five cattle in the neighbouring Okhukho area, near Ulundi in KwaZulu-Natal.

The pride of five lions is thought to have escaped from the western section of the 96,000 hectare Big Five game reserve last week to hunt domestic cattle grazing close to the park boundary fence.

Ezemvelo KZN Wildlife spokesperson Musa Mntambo said the lions were believed to have crawled under a damaged section of the boundary fence adjoining the Okhukho rural community on 5 July, where they attacked and killed five cattle before returning to the park.

The predators (some fitted with tracking collars) escaped again about a day later, but were driven back into the park by Ezemvelo staff, with the help of a helicopter.

However, angry community members are demanding that park managers take more effective measures to ensure that lions, and other wild animals, remain in the park.

Msizi Myaka, spokesperson for the Okhukho Community Civil Organisation, said local residents were “continuously living in danger and facing the daily possibility of being mauled, killed or their livestock decimated by lions”.

“[Last] week alone, we have recorded more than five consecutive cases of livestock eaten by a pride of lions that escaped from the Hluhluwe-iMfolozi Park. A few months ago, it was elephants that were roaming in the community vicinity.

“These incidents were reported to park officials and KZN Ezemvelo Wildlife, but they have failed to take preventive measures that limit lions from escaping the park,” he said.

Over recent years, the conservation agency has been criticised for its apparent failure to ensure the integrity of large sections of the boundary fence.

In August 2019, a pride of 13 lions escaped from the park, while another breakaway lion was shot in the Melmoth area in March 2020.

In February 2021, the killing of three runaway elephants reignited concern about the continued multimillion-rand delay in securing the boundary fence of the park, which was proclaimed as a wilderness sanctuary in 1895.

Last year it emerged that at least R43-million has been spent to fix the fence over recent years, but the problems had not been resolved and a further R99-million was needed to properly secure Hluhluwe-iMfolozi and 12 other Ezemvelo parks and nature reserves.

When five elephants broke out from the western boundary early last year, staff managed to shepherd two of them back into the park using a helicopter, but the other three elephants walked about 7 kilometres from the boundary and were later shot dead by Ezemvelo KZN Wildlife staff.

Park authorities said they were worried that the animals were close to a nearby village and that further attempts to chase them home could make them scatter and endanger the lives of residents.

The park has a population of more than 900 elephants, and a contraception project began in 2014 to control the burgeoning numbers.

Four years ago, the Auditor-General reported there had been allegations of “mismanagement” of fencing projects at the reserve since at least October 2015, which subsequently led to disciplinary and criminal action against implicated individuals.

Following the most recent lion breakout, Ezemvelo insisted that its staff acted swiftly to limit the danger.

“The first escape report received was on Tuesday [5 July] when there was indeed destruction of livestock. Officials investigated the matter, including making contact with the owners of the cows.

“It is reported that this very same pride of lions escaped the park again on Wednesday night or Thursday morning. Since then, our officials have ensured that the lions returned to the park and closed the gap at the river crossing where they had escaped.”

Asked to comment on whether the lions escaped due to poor fence maintenance, Mntambo said: “Ezemvelo has never denied that there are sections of the park that have poor fencing – but the recent escape was not because of poor fencing.

“The fence had been cut by people, probably who wanted to access the park for hunting. The lions were close to this fence when they noticed the cattle that were grazing nearby, and that led to the escape.

“If we had all the budget we need, we would have strengthened all the HiP fence and probably made it electrical. We are hopeful that we may soon be in a position to employ community members as fence line monitors.”

This would help to alert park managers to any future escapes, and to react quickly.

“Fortunately, the pride of lions that escaped [last week] had collars and we could easily monitor their movement. We know when they were out and we are certain that they are now inside the park. We are currently engaging the affected communities to discuss their compensation as per the applicable policy,” Mntambo said.

Last year, the Democratic Alliance (DA) voiced concern about the deteriorating relationship between Ezemvelo and some communities due to fence-related problems.

The party said it had received information that some Ezemvelo staff had also received death threats.

“Whereas management failures are certainly to blame for the poor fencing, sources have also indicated to the DA that certain members of local communities are deliberately cutting the fence. This is an attempt to both lure animals out of the park to be poached and to gain fence repair work opportunities.” DM/OBP