Wales have a chance at creating history against Boks 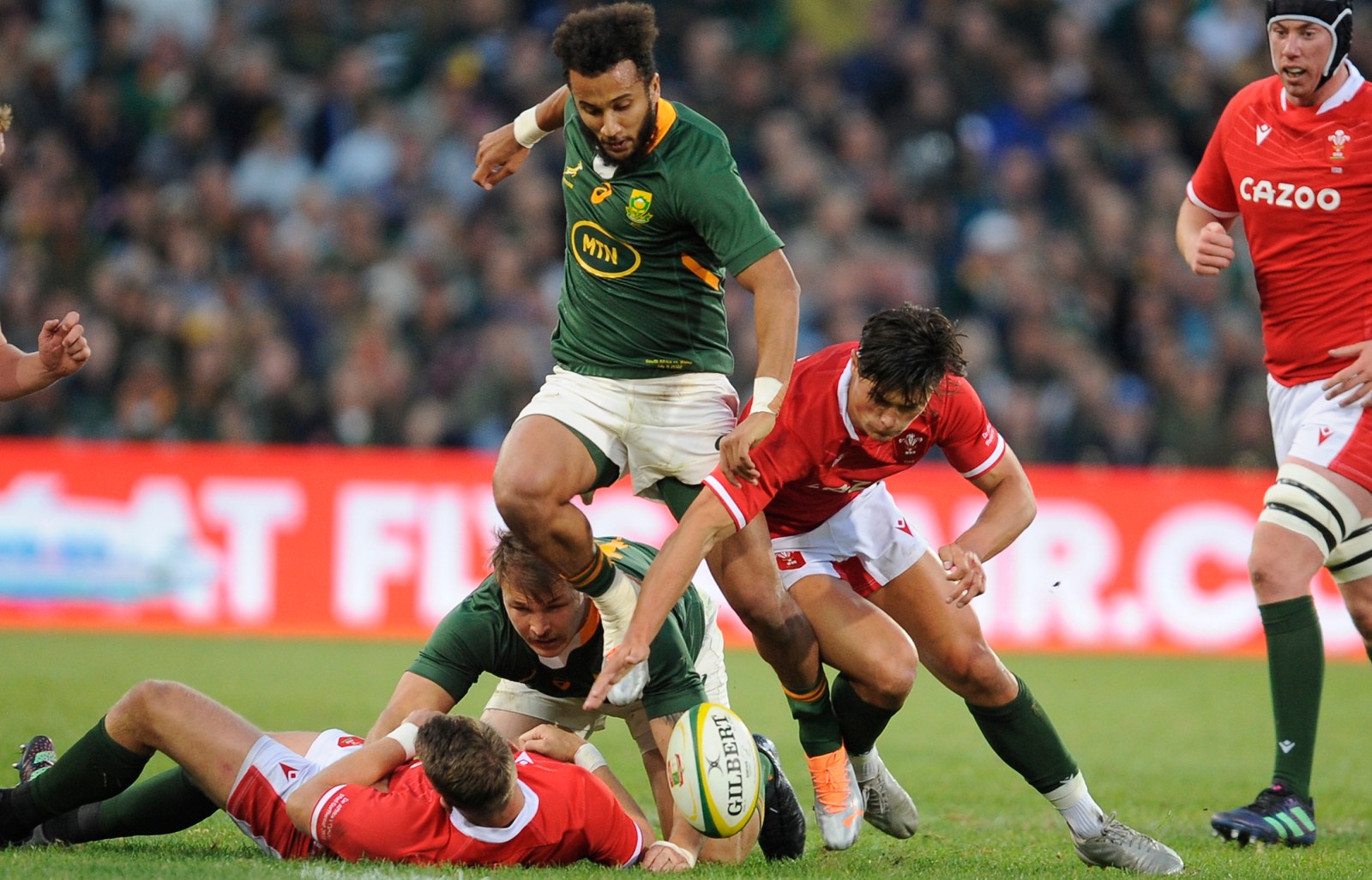 For the second year running it all comes to the final Test of a three-match series for the Springboks. This time Wales are hoping to take the big scalp.

In 2021 the Springboks came back from 1-0 down to beat the British & Irish Lions 2-1 in an acrimonious, ill-tempered, Covid-riddled series that played out in a soulless Cape Town Stadium.

One year on and it’s Wales that could come from 1-0 down to create history and win a series against the Springboks in South Africa for the first time. The final denouement of this far happier series, that has so far played out in front of capacity crowds in Pretoria and Bloemfontein, will culminate at a joyous Cape Town Stadium on Saturday.

Wales had never won a Test in South Africa in 11 previous attempts stretching back 58 years before last week. A 13-12 win in Bloemfontein, thanks to replacement flyhalf Gareth Anscombe’s touchline conversion of Josh Adams’ late try, won the day.

Bok coach Jacques Nienaber gambled by selecting a callow side for Bloemfontein in an effort to build depth with a view to Rugby World Cup 2023 where the Boks will be under pressure to defend their title.

It looks like a poor decision in hindsight, although for 78 minutes it appeared he might have gotten away with it. But Test rugby is not sentimental, and lack of experience told in the end as Wales hauled themselves to the brink of history.

Of course, had Nienaber selected his most experienced and senior team, it might not have won in Bloemfontein anyway. But for a coach that plays percentages better than most, his decision statistically lowered the chance of winning.

Whether Nienaber believes that the answers he sought and hopefully found last week was worth it, will only be revealed in time. The questions that the Bok coaching staff wanted answers to, is unclear.

For instance, how could they make an assessment of scrumhalf Grant Williams’ performance, who made his debut on the wing for the final 10 minutes of the match and finds himself out of the mix this week?

If Wales go on to win the series the Boks will be under monumental pressure for the remainder of the year. While the matches have been close (the Boks came from 18-3 down to win the first Test 32-29 at Loftus with their experienced bench winning the game) Wales have momentum and confidence.

They arrived in South Africa on the back foot after a poor Six Nations that ended in a home defeat against Italy. They were low on confidence when they touched down in the Republic.

But a strong first Test showing, where Wales profited from a rusty Bok performance, boosted the tourists’ morale. Damian Willemse’s injury time penalty to win the match stung the tourists, but if anything, Wales left the match knowing it was one they should have won.

When Wayne Pivac’s team then saw 19 changes to the Bok match 23 for the second Test and included six new caps, it didn’t take a genius to figure out that Wales puffed up a little more.

The Boks, who were lucky to win the first Test and who would almost certainly have been better in the second had they kept the same team, presented a chance. Wales took that chance — just — thanks to a strong final quarter. Now they stand on the brink of rugby immortality.

Beast in front of Wales

Despite winning a Test for the first time in South Africa, which made this tour a success regardless of the final outcome, Pivac and the players want more. They have belief thanks to their own performances and the Boks’ slight arrogance in this series.

“We’re very pleased to come into this week with something to play for, which in the past hasn’t happened,” Pivac said at his team announcement.

“It’s a hell of a beast that is in front of us. But if we could win this game it would definitely be the highlight, I would imagine, of the players’ careers to date, certainly mine because we’ll have created history and won a series in South Africa.

“You may not see that again for a long time because it’s taken us this long to win one Test match. Doing it two weeks in a row, that would have to be the highlight.”

With the Boks back to full strength and 56,000 people at the stadium behind the home team, it will be a hostile environment for Wales to scale this rugby Everest.

But like they did in Pretoria, they will be aiming for a fast start to take the crowd out of the game. If they silence the stadium and shake the Boks’ belief early on, they have a chance.

Nienaber has understandably reverted to the bulk of the squad that won the Lions series to complete what was supposed to be a straightforward job.

A fit again Pieter-Steph du Toit, who endured a quiet comeback to Test rugby last week, retains his place at blindside flank. Jasper Wiese is back at No 8 with captain Siya Kolisi at openside, reuniting the loose trio that started the second Test against Lions, which the Boks won 27-9 a year ago.

The only major surprise was the elevation of scrumhalf Jaden Hendrikse to the starting lineup over Faf de Klerk who drops to the bench.

Hendrikse was solid, if unspectacular in the second Test. De Klerk, who was not at his sharpest in the first Test, will add to the experience and poise that the Boks can provide from the bench.

Willie le Roux is also among the reserves. Perhaps nobody did more to change the course of the first Test than Le Roux, whose 25 minute cameo at Loftus was supreme.

The famed bomb squad is primed for the decider with seven stalwarts among the eight reserves in a now familiar six/two split between forwards and backs.

Boks selections have been a talking point in the series, but what is being overlooked is how ruthless Wales have been with the few opportunities they’ve created.

Wales are not a side to take massive risks. They play much like the Boks, looking for field position and relying on a strong tactical kicking game and efficient set piece to create pressure.

What has set them apart though, is that they have been ruthless in taking the few chances they’ve fashioned. In six visits to the Boks 22-metre area in the series, Wales have come away with four tries and two penalties.

In the first Test alone, the Boks made six visits to Wales’ 22 and scored three points. The trend continued in Bloemfontein.

Quite simply, The Boks have lacked cutting edge in crucial positions while Wales have been gluttons in devouring the few opportunities they’ve cooked up.

If that trend continues in Cape Town, it could be an embarrassing day for Springbok rugby.

But if this Bok side have shown anything over the last few years, it’s that it never knows when its beaten. When the Boks’ execution of their gameplan is accurate, no team can live with them.

Wales have a chance to create history, but the outcome will have more to do with how the Boks play than how Wales performs. DM