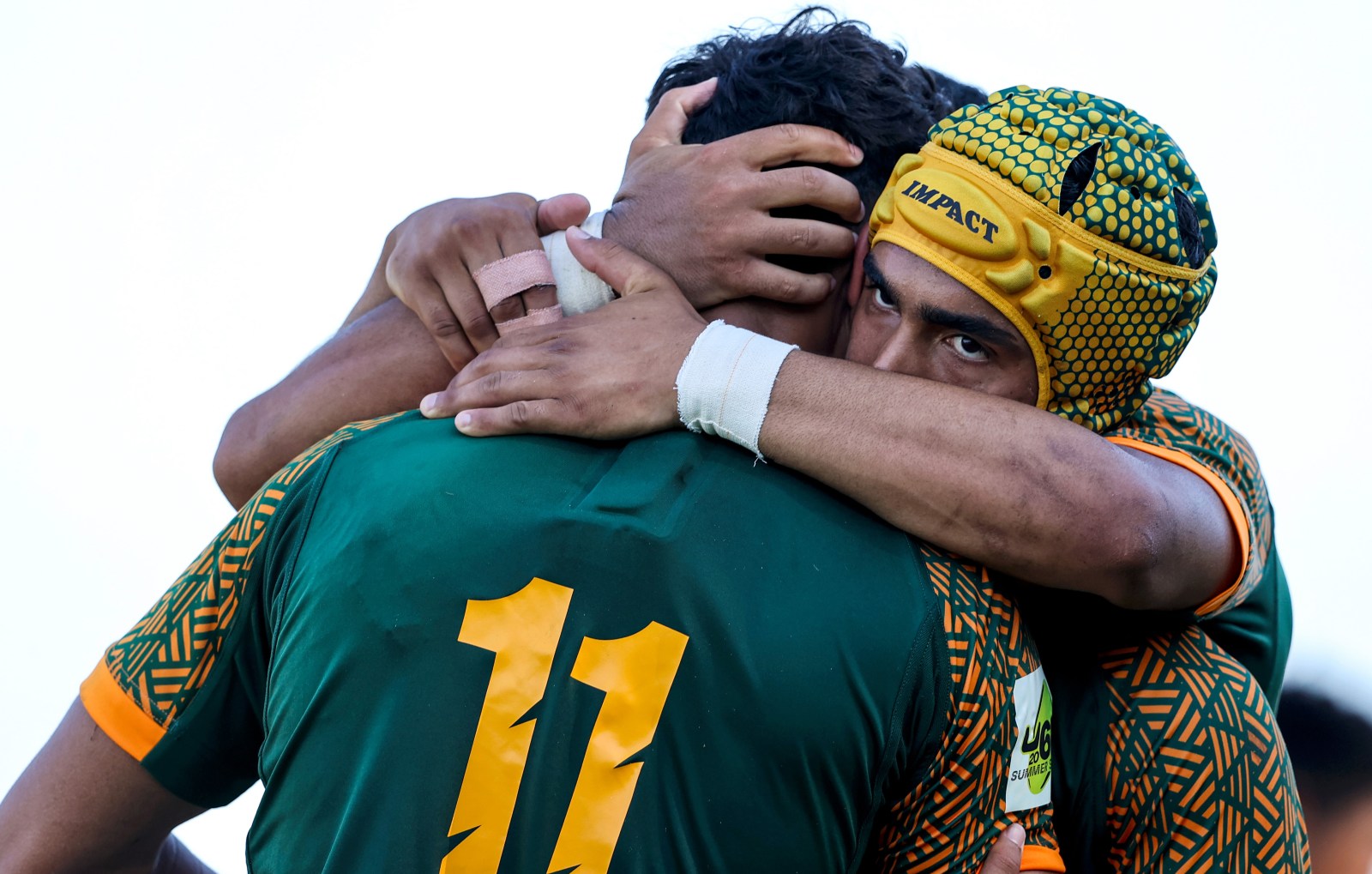 The Junior Springboks were utterly dominant throughout the Six Nations Summer Series, culminating yesterday with their best performance yet.  South Africa thumped Group B table toppers, Wales, 47-27 after leading 26-3 at halftime.

The win saw the Junior Boks lift the Summer Series title as the only unbeaten side left in the competition.

In the group stage matches, the South Africans looked flat at times — possibly owing to playing together competitively for the first time compared to their opponents, who all played a junior Six Nations tournament earlier this year — however, they were always the better-drilled team.

They knew what they were doing, the systems were in place, and if anything was lacking it was either the execution or the intensity, not the gameplan.

This is thanks, in no small part, to the work done by head coach Bafana Nhleko.

“This group put in so much work right from the start and I am so pleased they got their reward. They’re an amazing group and everyone is just so eager to learn and improve, and then to execute that on the field,” said Nhleko after the final win over Wales.

Nhleko and his assistants have been planning and putting together the processes for their successful Summer Series since the start of the year but only gathered as a team for the first time at the start of May in Stellenbosch.

“The success is a reward for a long process and it’s been a wonderful journey for the players since we assembled as a training group in Stellenbosch,” Nhleko said.

While their Summer Series opponents were competing against each other in the Junior Six Nations, Nhleko was ensuring his troops were battle-hardened by playing warm-up games against Western Province, the Stormers, the Griquas and the Cheetahs, among other senior teams.

“We haven’t played international rugby this year and for us to be standing here (after winning the final against Wales) speaks volumes for what the boys have achieved and the work behind the scenes,” said Nhleko.

“This group put in so much work right from the start and I am so pleased they got their reward. They’re an amazing group and everyone is just so eager to learn and improve, and then to execute that on the field.”

The under-20 World Championships were cancelled last year so this was the first tournament that Nhleko could sink his teeth into. Nhleko, who only took over the reins as head coach of the Springbok under-20s, from Chean Roux, at the start of 2021, has had an impressive start to his life at the helm. Although he has heaped praise on those around him for the team’s recent success.

“Our SA Rugby Academy programme, and then this Summer Series in Italy, required a huge amount of detailed planning and I want to thank our entire management — from the coaches, medical, technical and conditioning staff — for making everything work so effectively during this period of time.”

The under-20 Rugby Championships is set to commence again next year, after a three-year absence. The Junior Boks have a few 18 and 19-year-old players within their current ranks who will be eligible to play again next year.

“The biggest thing for (the 18 and 19-year-olds) is the incredible lessons from this experience and going home a bit hungrier, to be better — and perhaps they’ve put themselves in a position where they will be in the mix again next year,” the coach said.

Junior Springbok captain Sacha Mngomezulu said playing in the U20 Summer Series was a dream come true for him and the team.

“Not too long ago, we didn’t even play rugby, so credit to World Rugby and the Six Nations for staging this excellent tournament. They allowed the boys to create life-long memories.” DM