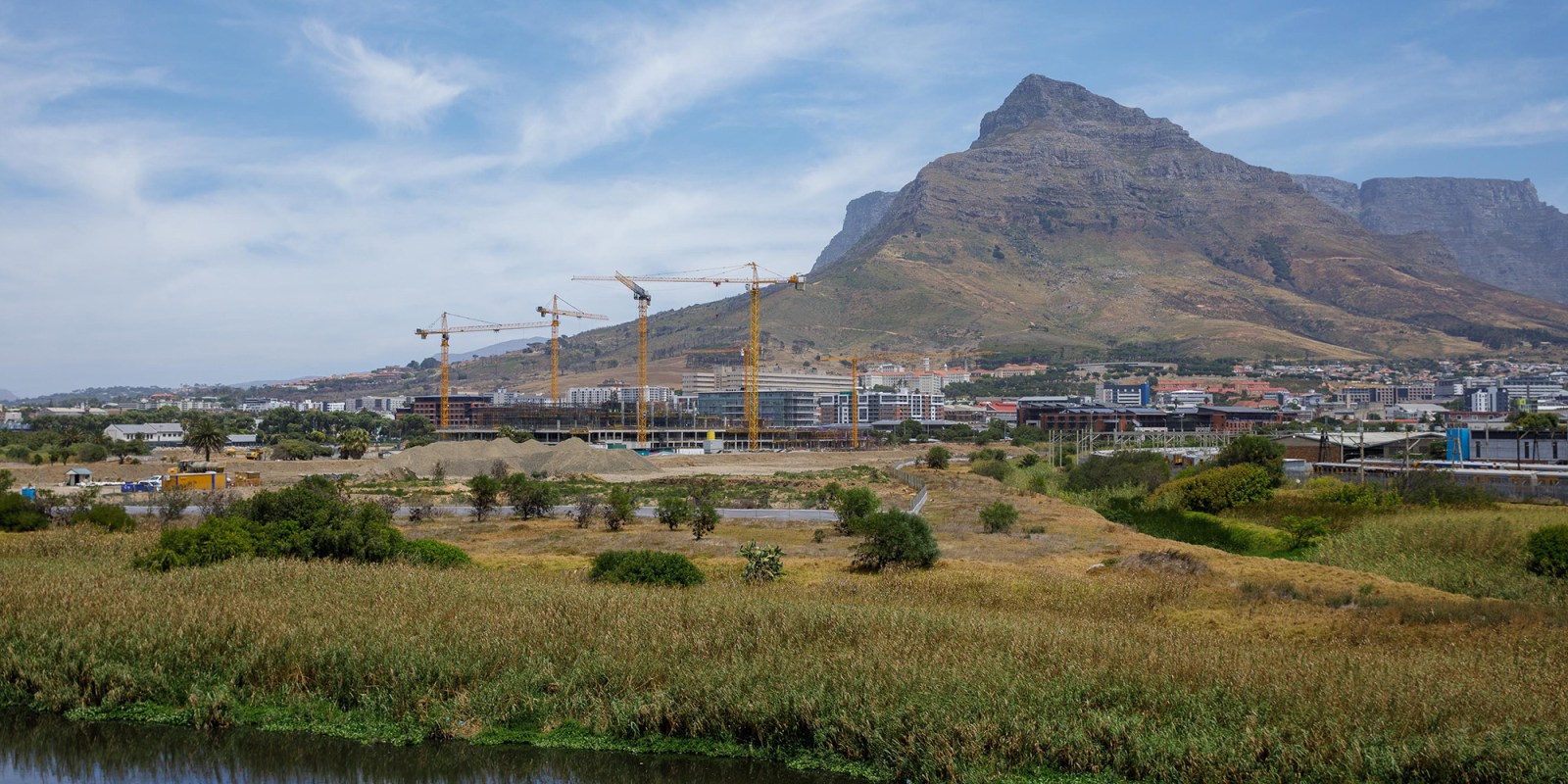 After weeks of resumed construction on the urgently interdicted Amazon Africa headquarters, contempt of court papers have been filed against the developer.

The Observatory Civic Association (OCA) and Goringhaicona Khoi Khoin Indigenous Traditional Council (GKKITC) on Friday filed the papers on the basis that the developer, the Liesbeek Leisure Properties Trust (LLPT), was in defiance of Western Cape High Court Judge Patricia Goliath’s interdict order, which ruled that no construction was to continue until meaningful consultation had been carried out by the developer.

Filings have been made against some members of the LLPT, the City of Cape Town, the Western Province’s minister for local government, environmental affairs and development planning, as well as the Western Cape First Nations Collective, a faction of the First Nations.

About two weeks ago, the LLPT publicly announced that it was conducting “remedial work” on the construction site and was continuing to carry out work on the structure. The developer said it was proceeding on the basis that it was appealing against the urgent interdict at the Supreme Court of Appeal. The City of Cape Town and the Western Cape provincial government joined the efforts to appeal against the decision.

In her ruling, Judge Goliath said economic benefits could never override the rights of the First Nations people. She further prohibited the developer “from undertaking any further construction, earthworks or other works on erf 151832 (the site), Observatory, Western Cape” until the high court reviews the relevant approval decisions.

The Liesbeek Action Campaign, consisting of the GKKITC and OCA, said the continued work on the interdicted site was not permissible and that the argument of continuing construction until the final appeal judgment is heard, was “incorrect”.

Tauriq Jenkins, the high commissioner of the GKKITC, told Daily Maverick that they had filed the court papers in order to end the “miscarriage of justice” occurring at the River Club development.

“This is a show of hubristic arrogance at its worst, where it would appear that the LLPT thinks it can be a law unto itself. In our view, a heritage crime has been committed, and this unabridged exhibition of coloniality and contempt is a miscarriage of justice,” Jenkins said.

“We are expecting them to be found guilty of contempt of court and hence get a prison sentence,” Gertrude Fester, honorary professor at the University of Cape Town’s Centre of African Studies/San and Khoi Unit and coordinator of the A/Xarra Restorative Justice Forum, told Daily Maverick.

Fester added that there were two major concerns over the case: “Respect for the environment; it is a fragile environment, one which had been desecrated over the centuries. It is land sacred to the First Nations.”

The LLPT said that it would ask the court to dismiss the application. It said the construction work was not contravening the law and that the decision had been suspended until the matter was heard in the Supreme Court of Appeal.

“The LLPT therefore categorically denies the accusation that it is in contempt of court as there is no basis for this allegation. It will now be for the Western Cape High Court to decide on the matter,” the developer said. DM/OBP