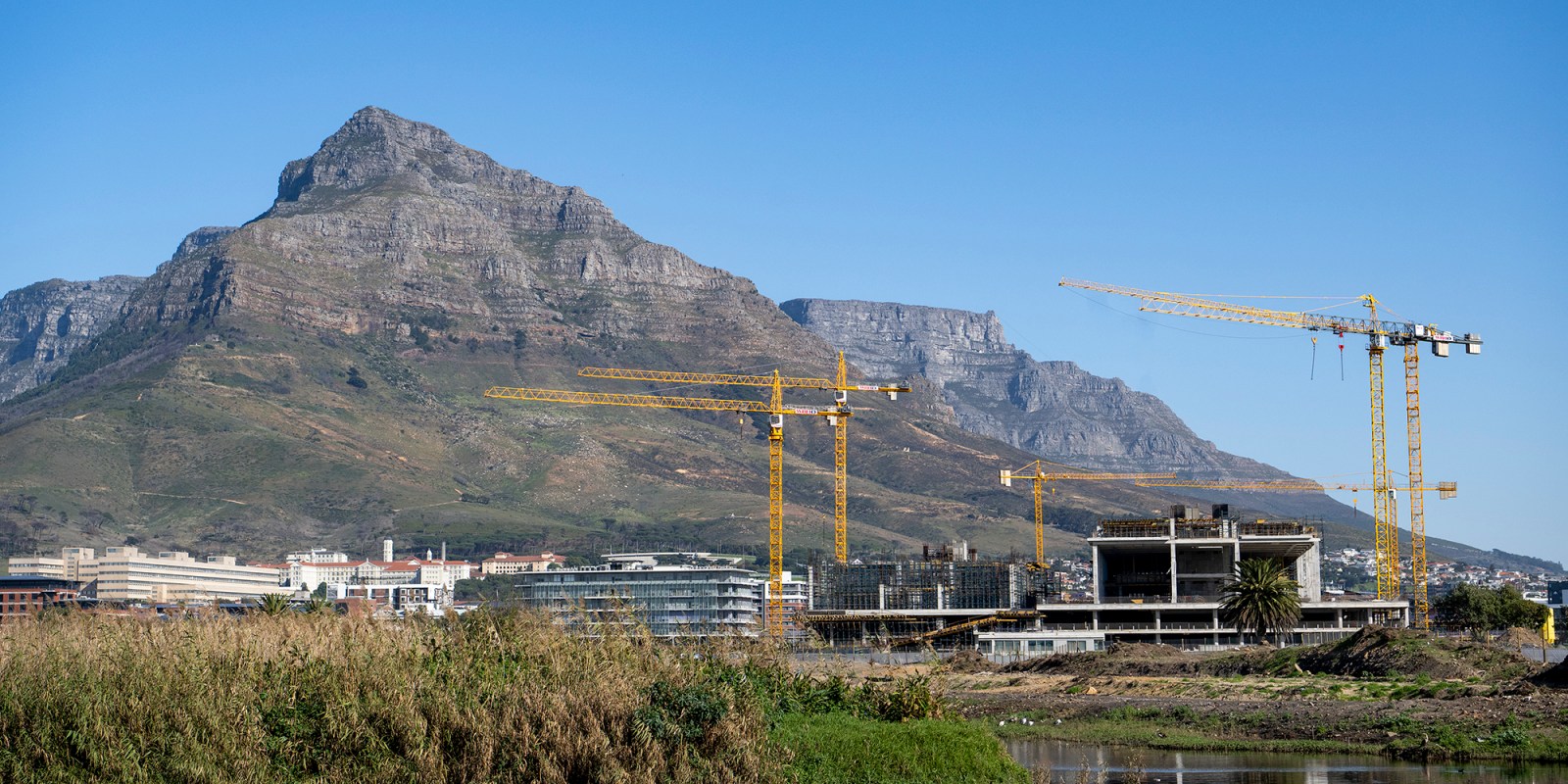 Work on the property development that was to house Amazon’s Africa headquarters has continued despite a successful application in March by the Goringhaicona Khoi Khoin Indigenous Traditional Council to stop the project.

The Liesbeek Leisure Properties Trust (LLPT) development that was to house Amazon’s Africa headquarters has resumed what it describes as “remedial work” at the River Club site. This, after the development was halted through an urgent interdict by a group of indigenous Khoi people.

In a statement, trustee and spokesperson for the LLPT James Tannenburger said work around the now halted development would consist of rehabilitating the riverine corridor by re-naturalising a 25-40 metre eco-corridor along the Liesbeek River.

“This follows the rehabilitation work that commenced last month on the riverine areas surrounding the property in order to carry out work approved in the environmental and municipal planning authorisations, and to mitigate any public health, environment and safety risks in the current rainy season,” Tannenburger said.

The Liesbeek Action Campaign has called the approval from authorities “patently false” and called the claim “incorrect”.

According to Leslie London, chair of the Observatory Civic Association (OCA), any construction on the site is interdicted. Any work related to construction is in violation of the interdict and places the LLPT in a position to be prosecuted.

“If they want to prevent damage to the site – which is entirely the result of them proceeding with construction before the court could review the decision – then it’s entirely their doing.

“They’ve infilled the river and now they have to unfill it because it’s a threat. They’ve realised it’s going to do a lot of damage on site. Now they’re presenting it as if they’re doing a lot for the environment, when actually they’re just cleaning up their mess,” London told Daily Maverick.

The LLPT development was halted after the Goringhaicona Khoi Khoin  Indigenous Traditional Council (GKKITC), alongside the OCA, applied for an urgent interdict to stop the project.

The applicants filed the interdict on the basis that they had not been fairly consulted over the development, which was being built on land of great heritage and significance to the indigenous group.

Deputy Judge President Patricia Goliath granted the applicants the interdict, putting a halt to the R4.6-billion project that had already been under construction for eight months.

In a letter to the Liesbeek Leisure Properties Trust’s lawyers, Cullinan & Associates Inc – who represent the applicants – asked the LLPT to specify the nature of the work they refer to as “remedial work”. The legal firm also asked for an explanation of why the work is not prohibited by the urgent interdict.

The respondents have claimed that balance of convenience tests were not applied, as well as lack of consideration for the significant economic, social and heritage benefits that the development would provide.

Also highlighted in the application for leave to appeal was the plight of 750 now jobless workers who had been employed on the site.

The South African Federation of Trade Unions (Saftu) criticised the trust for “blaming” environmental and civic activists, the Khoi and San people for the job losses.

“Predictably, workers are being forced to pay the harshest price for the greed and recklessness of private capital,” Saftu said in a statement.

“Rather than accept responsibility for its failure to adequately consult indigenous groups before embarking on the construction phase of this risky enterprise, the developer is choosing to lay the blame of its failures at the feet of the activists and indigenous groups who opposed the project.

“They continue to attempt to appeal the court’s decision while simultaneously forcing workers to bear the consequences of their own negligence,” Saftu said.

The OCA’s Leslie London said that should the response from the LLPT’s lawyers fail to clarify the nature of the continued work around the development, the trust would be in contempt of court.

“Of course, they might claim that they are preventing a disaster while doing something else … but we will be monitoring them,” London said. DM/OBP