Black Magic in a jar: Now you see it, now you don’t

Black Magic in a jar: Now you see it, now you don’t 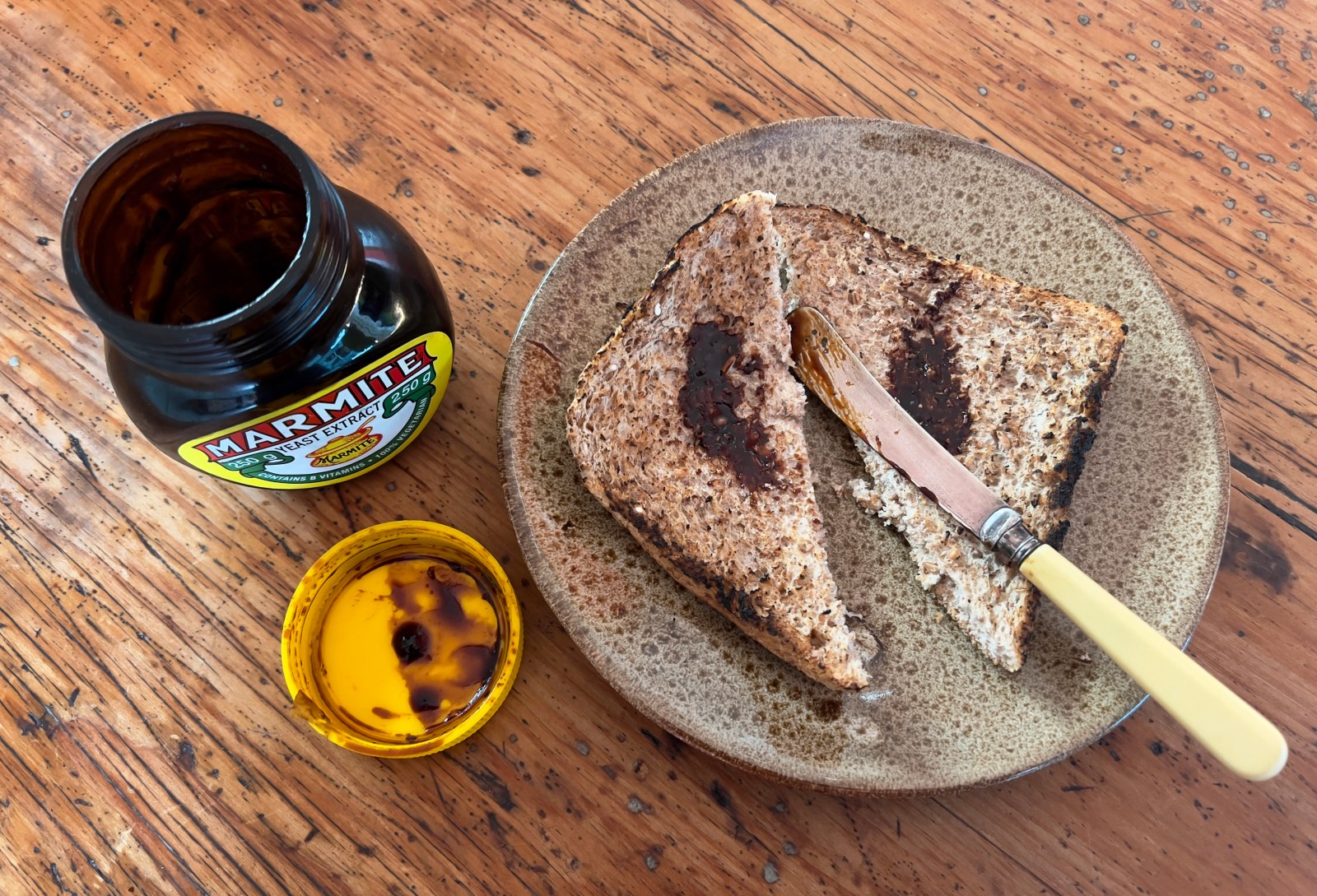 When the last Marmite jar is empty, and so are the supermarket shelves between the Bovril and the place where the fish paste used to be, life can be rather depressing, especially when the lights are out too and you can’t even toast your bread. (Photo: Tony Jackman)

It comes and goes, ebbs and flows; depending on where you look, South Africa’s much loved spread is available. Or not. What’s (still) going on?

For a while there, we thought Marmite was toast. But it isn’t. Sometimes. Or depending on where you live, or how well connected your local supermarket is with the supply chain. Or whether all your neighbours and friends got there before you and emptied the shelves. Or whether you want to make toast or are happy with plain bread. With Marmite on. Or without. Depending.

I think most people would agree, Marmite is better on toast than bread. If you’ve ever wondered who thought of cooking bread twice, and making it even better, here is a fascinating history I found while procrastinating.

I love toast. “It is impossible not to love someone who makes toast for you,” said Nigel Slater OBE, who wrote a book titled Toast: The Story Of A Boy’s Hunger, and calls himself “a cook who writes”. I love toast so much I even tried to put bread in the toaster in the middle of load shedding (daytime, give me some credit) when I was in the kitchen making a load shedding sandwich. You know, for a side toast, the crust, with lots of butter.

The Marmite has been a situation for quite some time. I’ve written about it here and here, and TGIFood editor Tony Jackman here. If you don’t feel like clicking through, here’s a quick recap: During previous lockdown levels, when alcohol was banned, the essential Marmite ingredient – brewer’s yeast, a by-product of beer manufacturing – was unavailable, causing a shortage of the spread. Sourcing enough to meet the demand remains a challenge, one which has, we were told, been exacerbated by the shortage of another raw material: soda ash. (Whatever that was about has never been satisfactorily explained; at best, it needs to be taken with a pinch of salt, if not the last scraping of Marmite.)

It’s been a dismal two years for fans of the dark salty spread. They’ve been greeted with empty shelves, then shelves with other toppings spaced out to fill the gaps. Retailers, you’re not fooling anyone. Bovril began to make its way back, but as a Marmite substitute the public is just as divided as those for and against the OG. Some have grudgingly turned to it in desperation or resignation, and perhaps they even like it. More than Marmite? Not many will admit it. Loyalty runs strong with these humans.

The absence of Marmite has had an enormous amount of media coverage, which is wonderful when extracting comments from manufacturer PepsiCo and major retailers is harder than blood from a stone. Business Insider had a piece in May 2022 which used the phrase “pent up demand for Marmite” and while likely accurate, amused me as a description. In that story, Deborah-Ann Sharwood, communications lead at PepsiCo Sub-Saharan Africa, is quoted as saying the spent yeast problem had been stabilised as of the previous week. (In my March 2022 story, SAB said the yeast was no longer a problem from their side.) Sharwood also cited the KZN flooding as having an impact on supply. An utterly terrible disaster, the floods seem to be a convenient excuse for just about any shortage of anything, anywhere in this country. Along with Eskom, nobody need bother going to work at all. Put your hand up if you’ve never used load shedding as an excuse to sit in the garden and drink a beer before it gets warm in the fridge, and put off a deadline. Never have I ever.

The ongoing problem with Marmite is that it’s extremely challenging to catch up with the backlog of demand. As fast as it’s made and stocked in the shops, the hordes swoop in and buy it all, scuttling out with jars clutched against their chests, eyes feverish as they hightail it home with their stash.

“Stock has now started filtering back into retailers – however, there is a major pipeline of demand which needs to be filled. As soon as the shelf is stocked, people buy up the stock,” Sharwood told Business Insider two months ago. For the record, I have been hounding her for more than a week for updated comment, to no avail.

I conducted a highly scientific survey on the Facebook group, Cape Town Eats, where the members are very forthcoming. Apart from the clever clogs and smartypants in the UK and US who cheerfully trumpeted about the abundance of Marmite in their countries (thanks guys, very happy for you), a gratifying majority of respondents said yes, they could indeed buy Marmite. Some posted pictures of rows of jars, and many shared the places where it is available, ranging across various suburbs from north to south. I have no doubt there are secret WhatsApp groups sharing similar information, like the booze and cigarette black market of 2020, but if you haven’t been invited to one of those, check out Cape Town Eats. One member even said he had found fish paste but there are limits to even the nicest person’s generosity and he declined to say where.

The Marmite is out there, you just need to hunt and gather it. And when you find it, let us know. DM/TGIFood

The writer supports The Gift of the Givers Foundation, the largest disaster response, non-governmental organisation of African origin on the African continent.