Philippi East homes in the dark as technicians fear for... 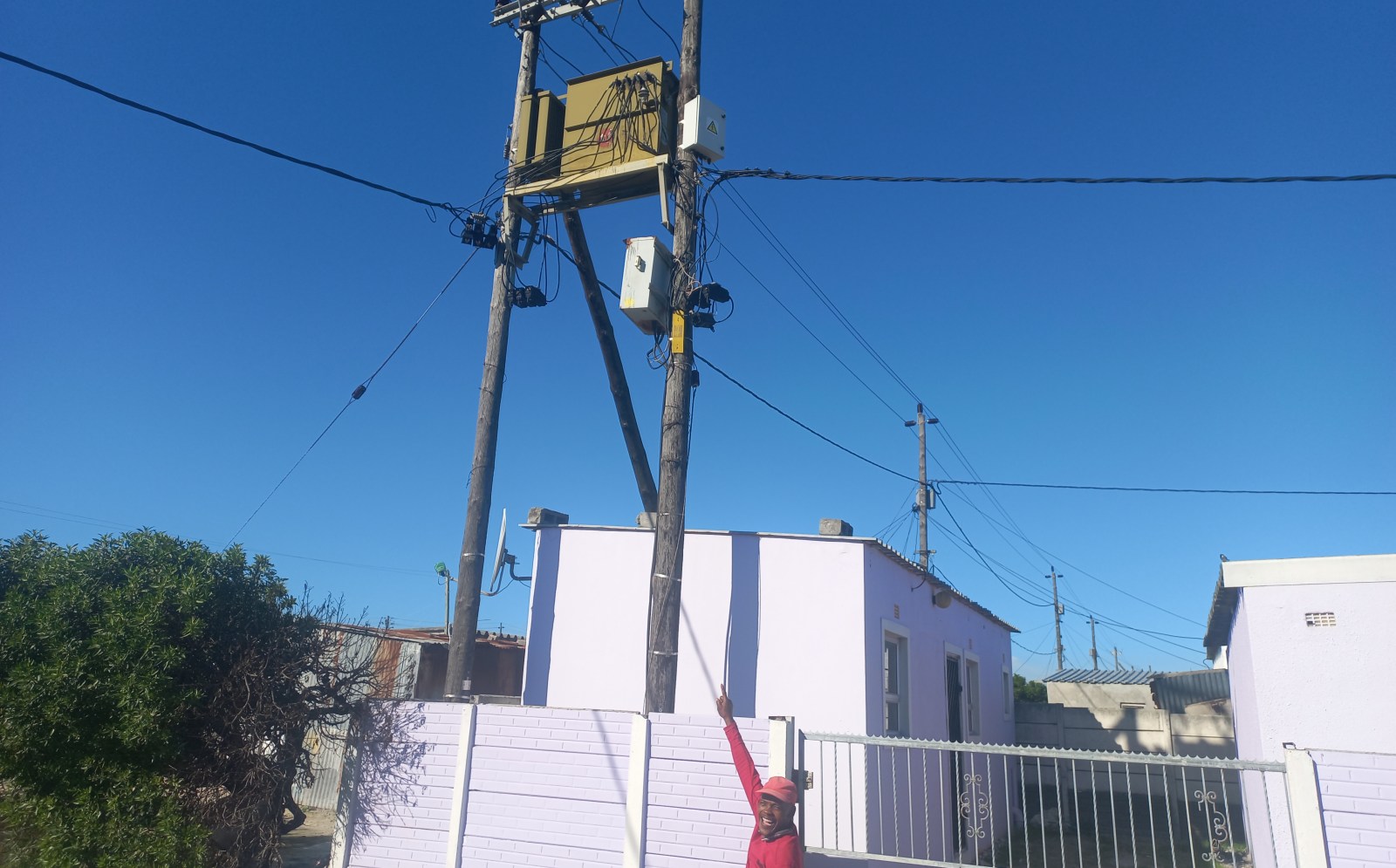 This is one of the transformers in Philippi East that has been faulty for two months. However Eskom and the City say the area is not safe enough for them to send people to do repairs. (Photo: Siphokazi Mnyobe)

Eskom and City of Cape Town say it’s not safe to do repairs in the area following recent attacks on field staff members.

Families in Philippi East, Cape Town, say they have been without electricity for nearly two months and technicians fear to come to the area to fix problems.

Homeowners are complaining that their meter boxes trip because the system is overburdened by illegal connections. They say they battle to get Eskom or City of Cape Town technicians to come to the area.

Nontyatyambo Mkhizana, who lives in an RDP house, says she has now resorted to connecting electricity illegally to her house because her electricity meter has been broken for weeks. She and other residents have had to throw away food and meat that spoiled in fridges during the outage.

“Many people are complaining of power cuts and Eskom has forgotten about us,” she says.

Mkizana says she used to spend R150 per month on electricity. In the first month after her electrical box tripped, she spent R400 on paraffin.

A local electrician has been charging residents about R150 to come and fix their meters when the City and Eskom do not come out. The man, who asked not to be named, says that since the load shedding started this year, he has assisted households in every street in the community.

Ward councillor Mbonisa Chitha told GroundUp that when he notifies the City and Eskom of residents’ complaints, Eskom tells him that it is not safe for their workers to come to the area.

“Eskom often tells us to find people to escort workers into the area and keep them safe while they work. When no residents volunteer, they delay coming here,” says Chitha.

In a statement, Mayco member for Energy, Beverley van Reenen, said staff had been attacked in June. “Last month, the City’s electricity staff were attacked and robbed of their cell phones and tools in the Philippi farm area. A City staff member suffered cuts to his hand, leaving him traumatised and the vehicle damaged.”

The City says it now has to hire security guards to accompany electricity staff and contractors who are doing repairs in some areas. DM