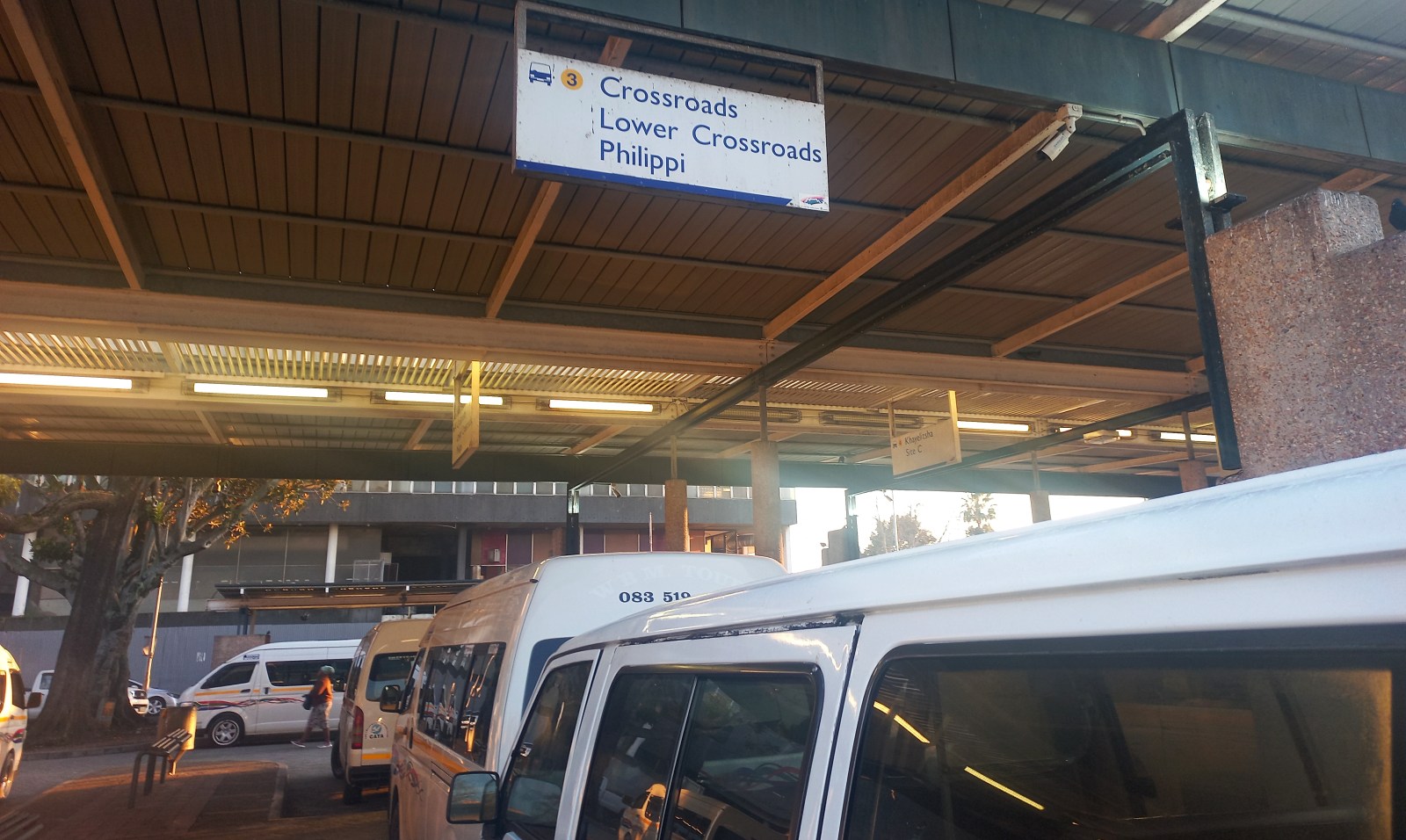 Taxi operators have stopped transporting people into Philippi East, Cape Town after 4pm after a number of drivers were attacked and robbed. (Photo: Siphokazi Mnyobe)

Taxi operators in Philippi East, Cape Town have stopped transporting residents into the area after 4pm. This decision was taken late last year after numerous incidents of drivers being robbed and mugged by criminals during evening drop-offs.

“Community members and safety forums in Philippi must stand up and demand more police visibility. It is not our duty as taxi associations to ensure public safety,” says Nkululeko Sityebi, public relations officer of the Cape Amalgamated Taxi Association (Cata).

He says that drivers no longer want to risk their lives to transport people to Philippi East. He says taxi drivers were being robbed at gunpoint with criminals firing shots in the air just to scare them.

“The drivers have had enough … The association supports taxi drivers’ decision not to enter the area,” he said.

Makhosandile Tumana, spokesman for the South African National Taxi Council (Santaco), says their drivers were also no longer going into the area because of the high probability of something happening to their members.

Tumana says they previously met the station commander of Philippi East Police Station to try and reach a solution to no avail. “We alerted the Station Commander about our taxis being robbed. He promised that police vans would be visible during peak hours in the area, but that never happened.”

In response to our questions about policing and crime rate in Philippi, Captain Frederick Van Wyk from the Western Cape provincial Media Centre said that they could not disclose policing tactics but added that they were working with local community groups.

“Sufficient patrol vehicles are deployed in the area to provide an effective service to the community. The police are conducting patrols, stop and search operations, vehicle checkpoints and are at certain times supported by traffic officers,” he said.

Commuters are dropped off outside the Philippi East Police Station. They either have to pay for private car taxis (Amaphela) offering shared rides or walk the distance to where they stay.

Commuters we spoke to are not happy about this.

Dineo Siyona, lives in Lower Crossroads and works in Wynberg. After work she has to phone her brother to get her at the police station after 7:30pm so he can walk home with her.

“I understand where the taxi drivers are coming from, but the area isn’t safe for us who live here.” She says residents have given up on reporting incidents to police fearing retribution or nothing being done about the case.

Another resident, who asked that their name be withheld, said this decision by taxi drivers is costing her more than she can afford to pay for transport each month.

She takes a sedan taxi (iphela) at 7am from her house to the taxi rank which costs R10. She says that money could rather be used to buy bread for her children.

A street committee member in Philippi East told GroundUp that the increase in crime in the area has not only chased taxis away but many landlords and renters have also abandoned their properties. She pointed out several empty flats and RDP houses in Lower Crossroads.

“These houses are now left vacant for the thugs to use them for their dirty dealing,” she said. DM