The Eswatini massacre one year on – lest we forget

The Eswatini massacre one year on – lest we forget

Eswatini’s King Mswati III and his government have no remorse. It has been a year and they have not had the humility nor humanity to extend their condolences to each and every family that lost their relative during the massacre. (Photo: Bess Adler / Bloomberg via Getty Images)

Wednesday, 29 June marked the first anniversary of the Eswatini massacre of more than 80 protesters who were calling for democracy. Tomorrow, in the safety of the shadow of the Constitutional Court, a group of activists will hold a commemoration.

One of Eswatini’s leading activists is Khulekani Msweli, who leads the Vuvulane Orphans and Vulnerable Children’s Outreach Foundation.

This week on Facebook he took time to remember that fateful day and those who lost their lives.

“On this day, 29th of June 2021, the blood of young and old emaSwati soaked our land in a deadly massacre that we had never ever seen before in Eswatini’s recent history. This is a day to commemorate all those that lost their lives and those that were maimed due to the atrocities that were committed on this day.”

“If I may take a moment to remember.

“The dark and cold night skies, from the cities to the rural towns, were illuminated by raging fires. These were not just any fires but fires of outright anger and protest against a brutal regime that has kept its citizens in a perpetual state of oppression, that has been guised as a peaceful monarchical democracy.

“That false peaceful bubble was fully burst when the government of Eswatini leashed out its military and police forces onto its citizens, in the name of restoring peace and order. They shot to kill, in broad daylight, with no shame whether it was an innocent child or not, and threw others into the raging fires.

“From that day forth, nothing was to ever be the same again, in Eswatini, all because we, the people of Eswatini, petitioned demands, to the government, for political reforms in how we are governed. MPs were imprisoned and another in exile, more citizens continued to be assaulted and harassed.

“The absolute powers vested on the king no longer served the needs of the people but only a select few, thus change had to come.

“HM King Mswati III and his government of Eswatini have no remorse. It has been a year and they have not had the humility nor humanity to extend their condolences to each and every family that lost their relative during the massacre. Instead they continue to threaten more brutal force on us, the citizens, and are stalling much-needed national dialogue.

“Leadership is a quality that requires a lot of wisdom and compassion. When fellow citizens have died so brutally and carelessly, you try to unite the nation. Instead, the government shut down the internet and went on a whirlwind media spin to absolve themselves of the blood on their hands.

“It was lie after lie after lie. With limited online communication, the outside world was shut out from the truth. Luckily, because I use direct satellite internet WiFi, my connection could not be cut off, so I was able to keep the international media houses fully aware of what was going on.

“During all that mayhem, a moment of reckoning came when I got a phone call from HRH Princess Sikhanyiso, who in her capacity as ITC minister had ordered the shutdown of the internet and had falsely claimed, during a BBC interview, that the people were murdered by mercenaries.

“As I have a long history of friendship with her, I knew that this was going to be a very highly charged phone call. She needed to hear my side of the story and I needed to hear hers. I was brutally honest with her, as I have always been, condemning all that had happened on her watch, that of her cabinet colleagues and the king.

“It was an emotional and sincere conversation that left me with a lot of sadness and pity towards her, a young woman born into the wrong family and brought up in the most toxic environment (with only one purpose – to please the king) that has set her up for eternal hatred and sadness. 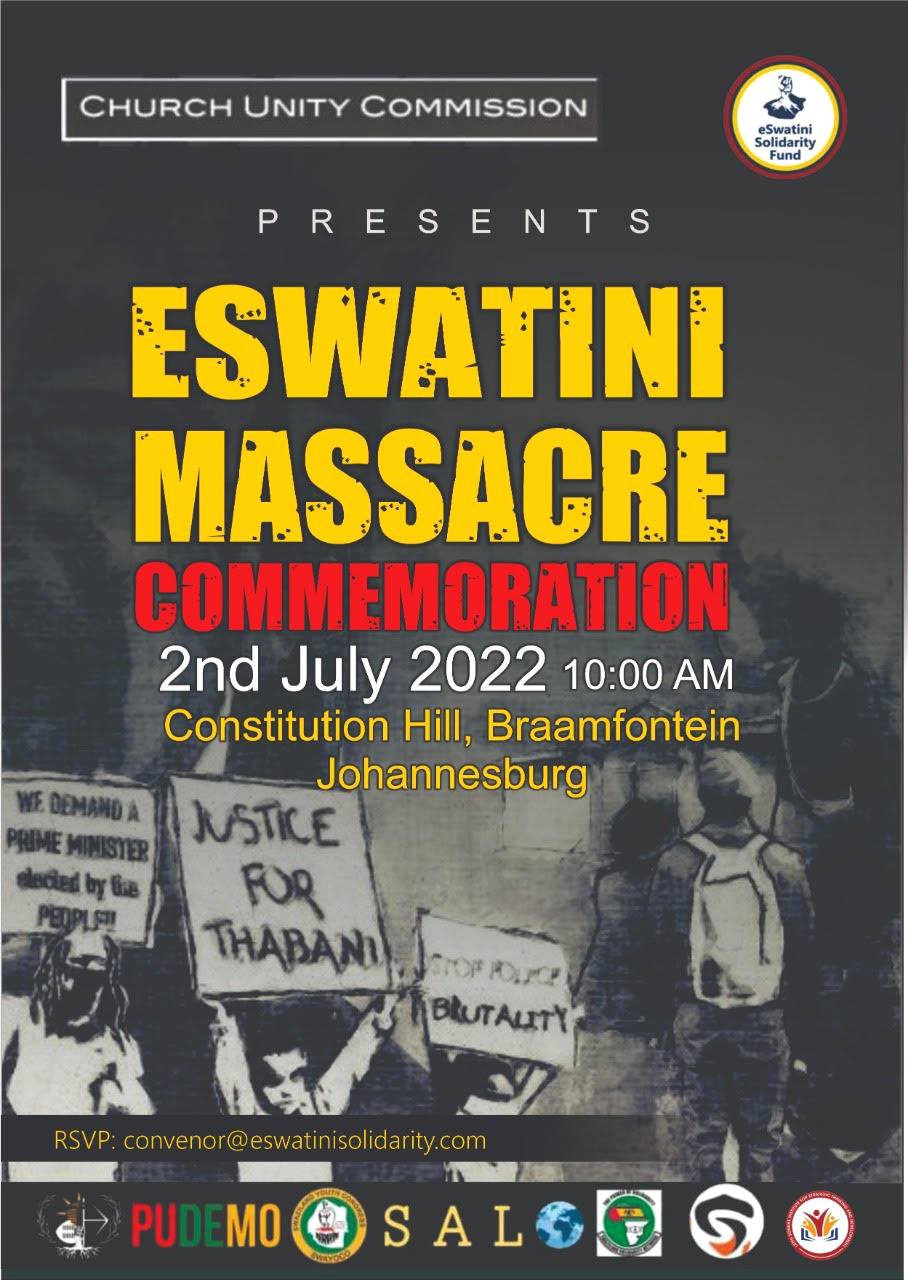 “Several days after that call, I sent her a message reminding her that the reason I had never asked her for any favours, materially or otherwise, was so that I could always speak my mind to her, because her hangers-on and bootlickers would never tell her the truth in the way I do, unfiltered and without fear.

“After those conversations, I hoped that a national dialogue would bring us closer to the solutions because both sides of the fence had something to contribute.”

Despite promises of intervention by the SADC Troika, led by President Cyril Ramaphosa, efforts to institute a genuine national dialogue and democratise Africa’s last absolute monarchy have so far come to nothing.

While the world comes to the aid of countries like Ukraine, the people of Eswatini have been left on their own. Two of its MPs, Mduduzi Mabuza and Mthandeni Dube, still languish in prison. There is deepening poverty. There is no prospect of justice for the protesters gunned down in 2021. An unknown number of activists remain in prison.

This week in Eswatini, the anniversary was marked by a stay-at-home. One source told Maverick Citizen that in the week before:

“The security forces were armed and rolled out in full force across the country to police the streets and most major roads were closed. The opposition and resistance have changed stance, and knowing they will be met with lethal force, and then weeks of brutal repression and arrests, people are just very scared.

“Overnight there was a student group poignantly trying to scatter stones, hit and run, in places where the  killings took place, to represent those who were killed.

“The opposition have opted for commemorations of the dead from last year’s massacre and an informal national holiday to honour them – while keeping people safe at home. So, most shops were closed and most people stayed home across the country.”

Nevertheless, according to human rights lawyer Thulani Maseko (read our February 2022 interview with him here), “the day was a great success as the people decisively stayed away from work, a show that Tinkhundla and the King are no longer in control of the country.

“They have long lost all legitimacy and credibility. They no longer have the love of the people. They rule through force and the barrel of the gun.”

But despite the threats the Swaziland Multi Stakeholders Forum, an alliance of civil society organisations, and the Swaziland Political Parties Assembly sent a petition to the prime minister calling for “democratisation through a negotiated process, justice and accountability for the June 2021 massacre”, defying a continued ban on petitions.

In the public interest and to ensure that it is read by the government in South Africa and the SADC, we publish the petition below. DM/MC

Petition to PM by Kevin Flynn on Scribd