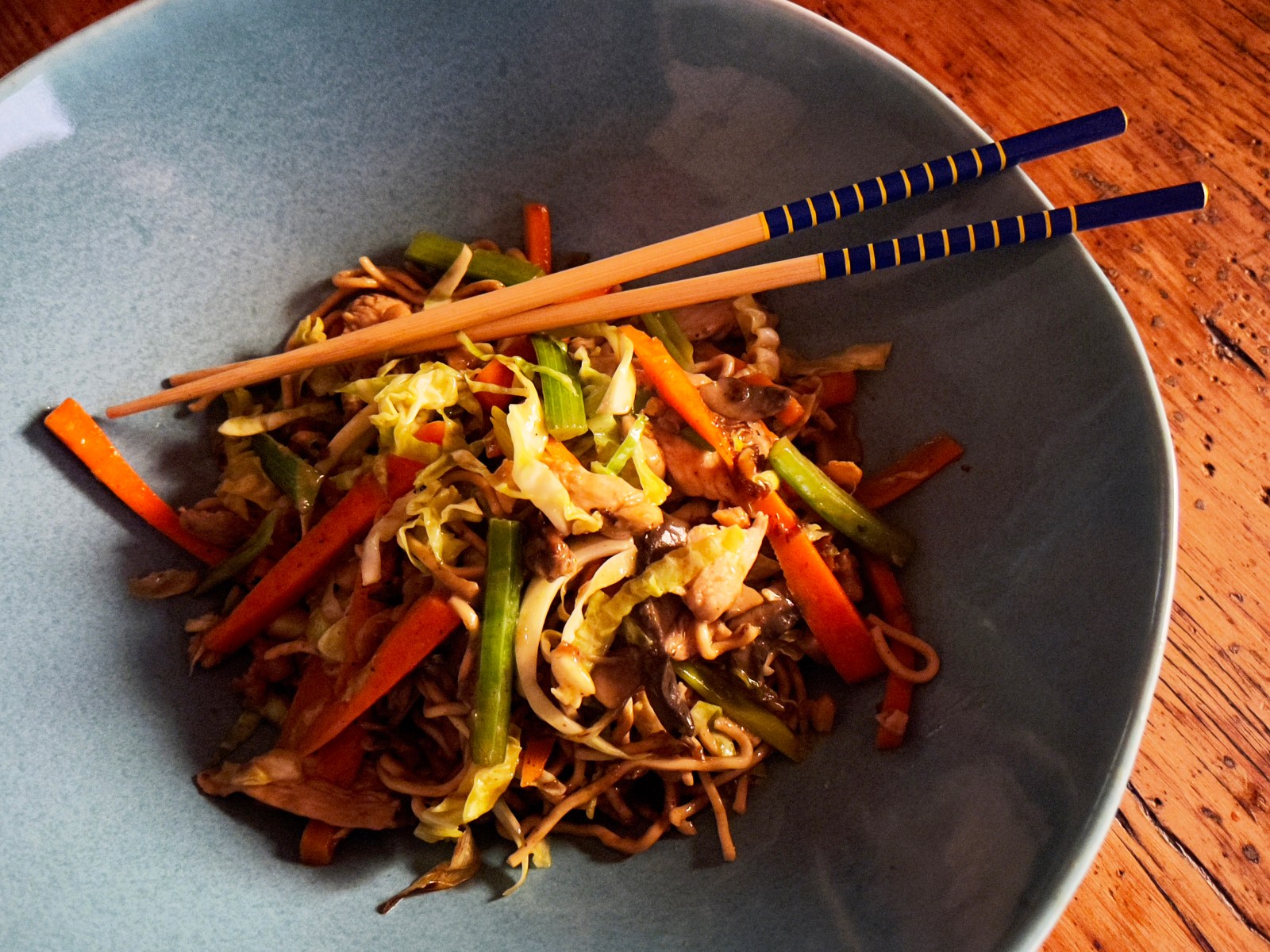 It was everybody’s choice as a light meal in a Chinese restaurant in the 70s and 80s, but it’s been around for much longer than that. There’s a variation of chow mein in many countries on every continent. And it’s a quick and satisfying meal to run up for a family supper.

When people left their homes in China for the gold rushes in California and Melbourne in the latter half of the 19th century, they took their cuisine with them. It was a time when the centuries-old Qing dynasty government pursued the growth of a Chinese diaspora, in the understanding that this was, as Wikipedia puts it, a bridge to foreign knowledge and overseas investment. It would bring a material return, but the people would remain in their new countries and cities and enrich their new local cultures.

The UN records more than 10-million Chinese-born people in the diaspora, and that doesn’t count those born abroad. Chinese travelled everywhere, for disparate reasons, and everywhere they went their cuisine went with them. Thailand, with the world’s largest diaspora community, has more than nine million Chinese. Singapore is the only country where Chinese are the majority of the population, at 76%. New York’s metropolitan area is home to the largest Chinese community outside of Asia. Europe’s largest Chinatown is in Paris. Peru has the biggest Chinese community in South America.

And Chinatowns abound. Binondo in Manila, Philippines, is the oldest, established in 1594. San Francisco’s and Melbourne’s are among the oldest on the planet, both the result of gold rushes. California is the US state with the most Chinese by far, though New York is the American city with the highest Chinese population, with Chinatowns abounding including three in Queens and another three in Brooklyn. From Liverpool and Dublin to Trinidad and Tobago, from New Delhi to Kathmandu and from Lagos to Johannesburg, there are Chinatowns that lure us with the unmistakable aromas of delicious foods cooked in a wok.

Not least among these dishes that have traversed the world is chow mein, or more traditionally chaomian, which became a staple of Chinese restaurant menus everywhere, often adapted to local tastes and ingredients. The American style often has carrot and celery along with chicken, beef, pork or shrimps; in India it consists almost entirely of vegetables but sometimes also paneer (cheese); in Mauritius it has become incorporated into the national cuisine as mine frire, while in Peru it is part of the mainstream cuisine and a dish known as tallarin saltado which contains chicken and red peppers, often tomato.

And noodles remain, and should remain, at the heart of it, no matter what your variations are. Chow refers to stir frying, while mein refers to noodles; so chow mein at its simplest is a noodle stir fry. In traditional Cantonese chaomian the noodles are fried until crisp, though chow mein in much of the world has them only tossed with vegetables in a chow mein sauce for which condiments are mixed with cornflour.

For my recipe, I have gone with egg noodles, which are traditional, along with cabbage, carrots, celery, spring onion and mushrooms. I also used both chicken and shrimps, while the sauce endeavours to be perfectly traditional, as the noodles and that sauce are really what it’s all about.

You can chop and change as you like, as long as you retain the noodles, the sauce (with its cornflour), the cabbage, spring onions, garlic and ginger. For the rest, you can play around to find what you like best.

For the chow mein sauce:

Have two bowls or bakkies next to the stove to put cooked items in while you work.

Mix the sauce ingredients with the cornflour, using a whisk.

Coat the chicken strips in 1 Tbsp of this sauce and leave it to marinate for 10 minutes or more. Pat the defrosted shrimps dry with kitchen paper and mix with 1 Tbsp of the cornflour mixture. Keep the remainder of the sauce to be used later.

Prepare the noodles according to the packet instructions and drain.

Heat a splash of peanut oil in a wok on a moderately high heat.

Add garlic and ginger and stir fry until they start to turn golden. Remove and add more oil.

Fry a few chicken strips at a time, stir frying constantly for about 2 minutes, then remove.

Toss the shrimps in the pan for a minute and remove.

Add the carrots and celery and stir fry until slightly softened but still retaining some crunch. Remove.

Add the cabbage and spring onion and stir fry for 1 minute (it should not become too limp). Place this in the second container as it will be tossed with other ingredients right at the end.

Now stir fry the mushrooms and remove those to the first container.

Add the drained noodles to the wok with the remainder of the sauce and a splash of water and stir fry for a minute or two.

Add the contents of the first container back and toss through for 30 seconds or so.

Toss the cabbage and spring onions through and serve immediately. DM/TGIFood