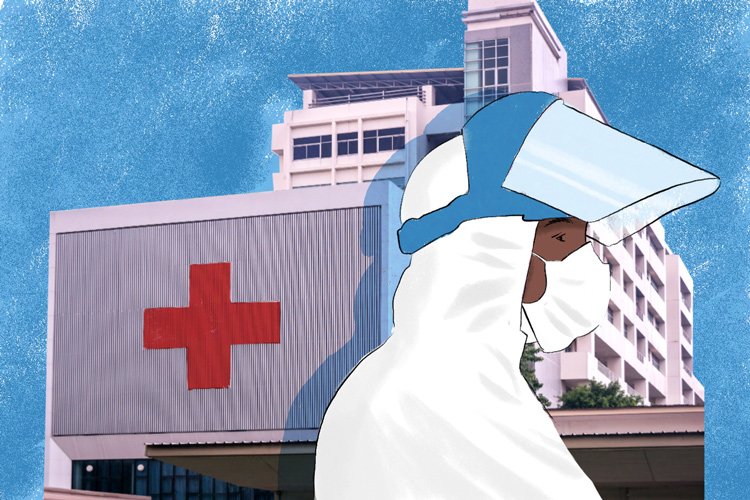 Section27 says there is no coherent approach between facilities and even within hospitals treatment depends on having luck with the official on duty. (Illustration: Lisa Nelson)

Two-year-old Zimbabwean boy died after state hospital denied him treatment because his mother had no birth certificate.

The rights of immigrant and undocumented women and children to access free healthcare in South Africa will be put to the test in a court challenge launched by Section27 in the Gauteng high court in Johannesburg.

In December 2019, two-year-old Sibusiso Ncube died of poisoning after he was refused treatment at Charlotte Maxeke Hospital because his Zimbabwean mother could not instantly produce his birth certificate or pay R5,000, says an affidavit in the court case.

This was not an isolated incident according to Umunyana Rugege, executive director of Section27.

“Since 2013, Section27 has been repeatedly approached by pregnant migrant women and children under six, who have been denied access to free health services. This is perpetuated through discriminatory subordinate laws and practices,” Rugege says in her affidavit.

“They have routinely been denied access to the health care services, or they are pressured into signing acknowledgements of debt and undertakings to pay for services.”

Section27 wants all the relevant ordinances and regulations scrapped. It also seeks an order that the Minister of Health issue a circular to all provincial health departments recording that all pregnant or lactating women, and children under six, who are not members of medical aid schemes and who have not come to South Africa to obtain health care, be entitled to free health services at any public health establishment, irrespective of their nationality and documentation status.

Rugege says that while the National Health Act does not place any limitation on the right to free health services, there are a range of subordinate laws and practices implemented at hospitals that impose conditions requiring proof of nationality and financial means.

“These laws and practices are unlawful,” she says.

Rugege cited other examples, such as a pregnant asylum seeker who was denied treatment after she was injured in a robbery. She was told she had to pay R2,000 before a “file could be opened” at Steve Biko Academic Hospital.

Two months later, when she was eight months pregnant and went to Charlotte Maxeke, she was told she had to pay R20,000 if she wanted treatment and give birth at the hospital. Only after Section27 intervened, was she given an appointment, but the night before it she lost her baby.

Another Zimbabwean woman whose child needed emergency surgery was forced to sign an admission of debt for more than R34,000 at the same hospital. Then when he needed further surgery, it was denied because of the outstanding debt. The woman was further told that she would have to pay R5,000 for admission and R50,000 for the second surgery.

Again Section27 intervened. But in March, when the mother took him back for a check-up, a nurse addressed everyone in the queue and told them that foreign nationals would not be attended to if they did not have money to pay. The mother, and others, left without being seen.

The application is supported by the Jesuit Refugee Service, The Southern African HIV Clinicians Society, and Doctors Without Borders; all are expected to file affidavits soon. Rugege says these will highlight discriminatory institutional policies and systematic xenophobic practices and attitudes that have “detrimental and sometimes fatal consequences”.

“There is simply no coherent approach at different public health establishments … even within a single establishment, different officials treat patients differently,” she said. Access to health care depends on who is on duty that day. On “lucky days” people will gain access without any trouble.

The respondents — the MEC and Gauteng health department head, the Minister and Director-General of Health — have 15 days to file notices of opposition. DM