Children’s rights to basic nutrition must be put at t...

Children’s rights to nutrition must be put at the centre of food systems, conference is told 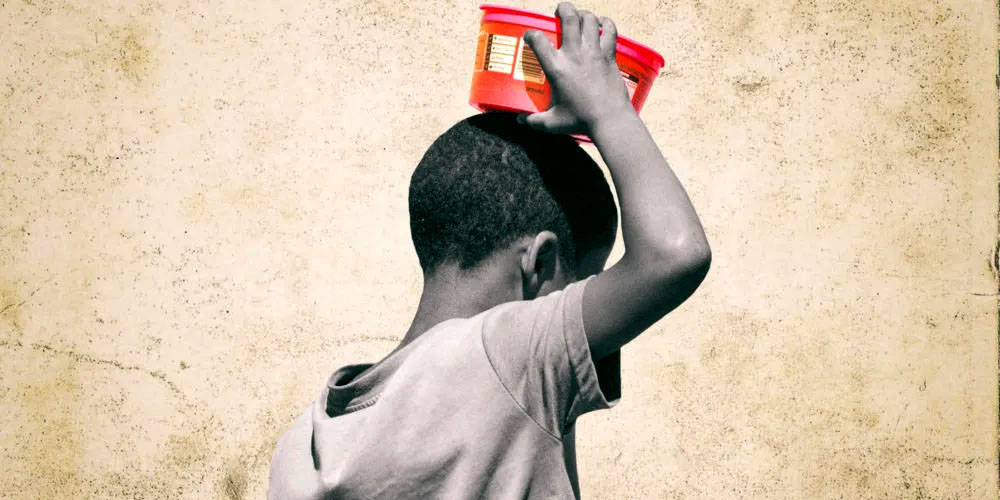 Children’s rights to food and adequate nutrition took centre stage on Thursday evening at the Agriculture, Nutrition and Health Academy Week hosted jointly by Stellenbosch University and the London School of Hygiene and Tropical Medicine.

Dr Chantell Witten of the University of Western Cape started her presentation by asking everyone to observe a moment of silence for the young people who died at the Enyobeni tavern in East London at the weekend. She said that when the children of the community were asked why they went to the tavern, they said it was because the invitation said they were going to receive free food and alcohol.

“Who should be the disruptors? Who are we disrupting? And when are we going to disrupt hunger in South Africa? Who is championing children’s right to basic nutrition? Because, as you know, it is in the Constitution.

Witten told the audience that in 1994 South Africa had one of the most advanced nutrition policy programmes with the support of the World Health Organization and the United Nations Children’s Fund.

However, Witten reminded the audience that the child support grant in South Africa came after a report she helped to compile in 2001 about malnutrition in Mount Frere in the Eastern Cape.

She said the late Professor David Sanders contacted the minister of social development and told him that children were being admitted to hospital  because they had no food at home.

According to Witten, Sanders told the social development minister: “Unless we’re going to help the gogos [grandmothers] who are looking after most of these children, we won’t be able to fix malnutrition in South Africa.”

Witten said a 2016 report revealed that stunting in South Africa was at 27%, double the global average. This meant that many South African children would never be able to develop fully, which compromised their education and future work opportunities and caused premature morbidity and mortality.

“We still have not been able to crack the first feeding and that is breastfeeding. You cannot fix any of the nutritional profile issues that we are talking about unless we tackle breastfeeding, and South Africa has the lowest breastfeeding rates on the African continent and in the middle-income countries.”

Witten said that until we can talk about and tackle this issue, we will not be able to address stunting.

Obesity on the increase

She also said that obesity was increasing in South Africa at a rate three times higher than the global average due largely to the consumption of ultra-processed foods.

“The biggest issue we are addressing is poverty … it’s holding people in hunger.

“The state has an immediate obligation to respect, promote and fulfil children’s right to basic nutrition. We need to bring the retailers and food producers into the conversation.”

Nzama Mbalati, the programme manager at Heala, said that when referring to child nutrition the definition needed to be expanded to include a child while still in utero, which would extend to the nutrition of pregnant women.

“Food is a very sensitive issue,” said Mbalati. “It’s an issue that violates people’s dignity; there is a need to understand cultural and social constructs to food.

“Why [are there still] children that are dying of malnutrition? I don’t think we have politicised food enough. It’s important we build political power and proximity to the issue.”

He said there needed to be greater collaboration in order to realise food justice.

Anne Marie Thow, from the University of Sydney, highlighted that there needed to be an interrogation of who governs food systems and what drives policymaking in these systems.

“We have to acknowledge that the decisions and policies that surround food systems are made in economic sectors. [They are] made by the Department of Trade and Industry, the departments of agriculture and fisheries, and finance, and for these sectors, industry is the stakeholder.”

Thow said industry influences and shapes food policy because it speaks to the government’s concerns about growth and employment, which results in minimal regulation.

“We have to challenge who holds the knowledge of functional food systems, particularly when it comes to children,” Thow stressed. She said there was, however, “a growing recognition that industry is not achieving on any of its outcomes in terms of livelihood for farmers and workers throughout the value chain, its environmental impact and the most vulnerable in society’s nutrition and wellbeing”.

Thow said South Africa would not achieve fundamental changes unless the food system is reformed. DM/MC