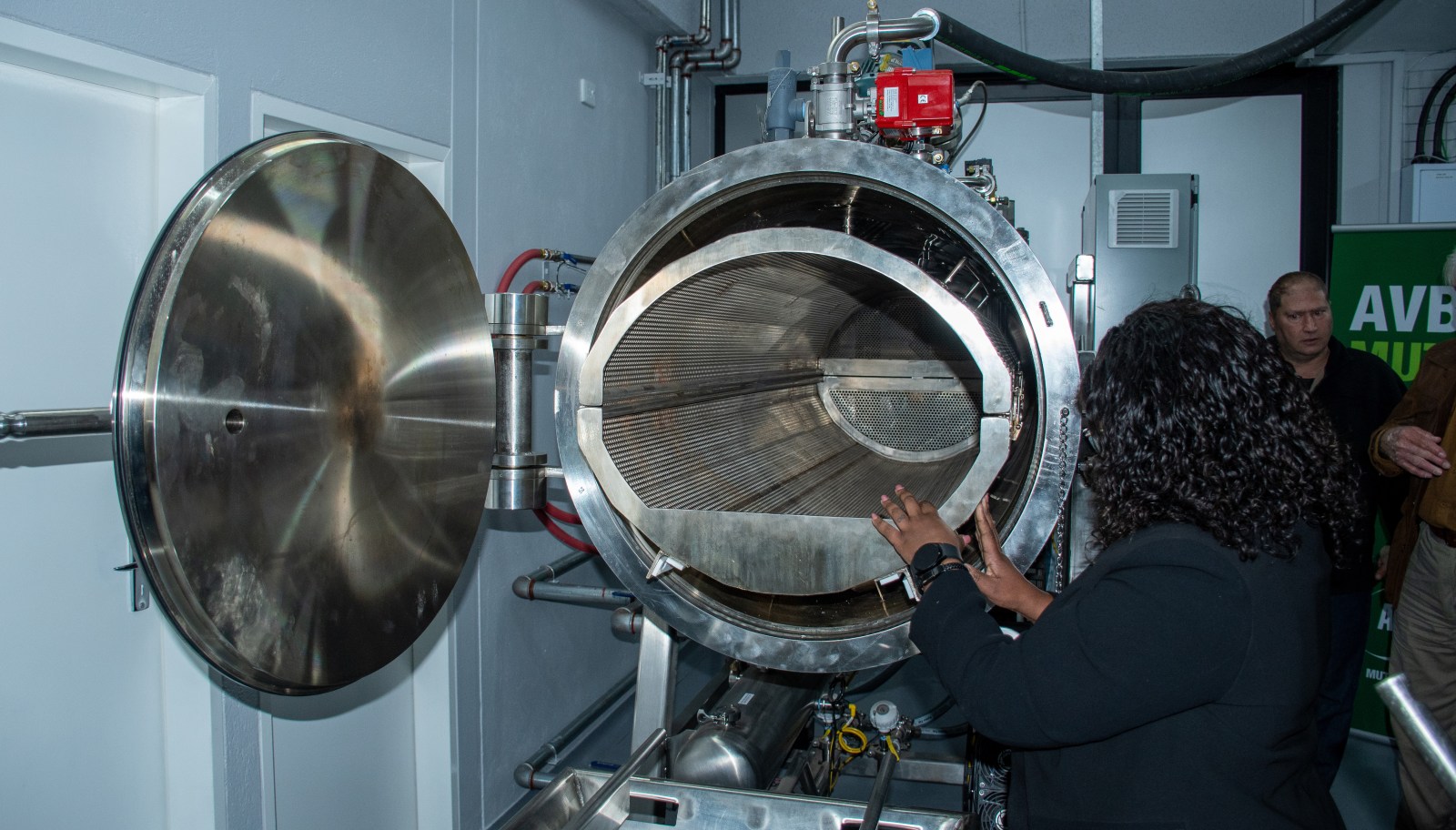 A water-based cremation is not only better for the environment with 1/10th of the carbon footprint of flame-based cremation, but helps with the ever-growing issue of land scarcity.

You may not have thought of it, but your carbon footprint extends past the end of your life.

However, the option of having a ‘green’ cremation is becoming more accessible in South Africa, after the launch of the country’s second Alkaline hydrolysis or aquamation facility at Avbob’s Prep Centre in Pretoria West on Wednesday, 22 June.

The reason this natural biomimicry process is considered eco-friendly, and why known eco-warrior Desmond Tutu requested to be cremated like this, is because the process has no direct emission of harmful greenhouse gases or mercury into the atmosphere, with Avbob claiming it has a carbon footprint that is one 10th of that of flame cremation.

And despite taking a few more hours than a flame-based cremation, it is more energy-efficient, saving 90% energy compared to flame cremation.

Aquamation — also referred to as flameless cremation, water cremation and bio-cremation — is an alternative to flame-based cremation or burial, whereby the combination of water, heat, pressure and high alkaline level (combination of sodium and potassium hydroxide) accelerates the body’s natural decomposition process. 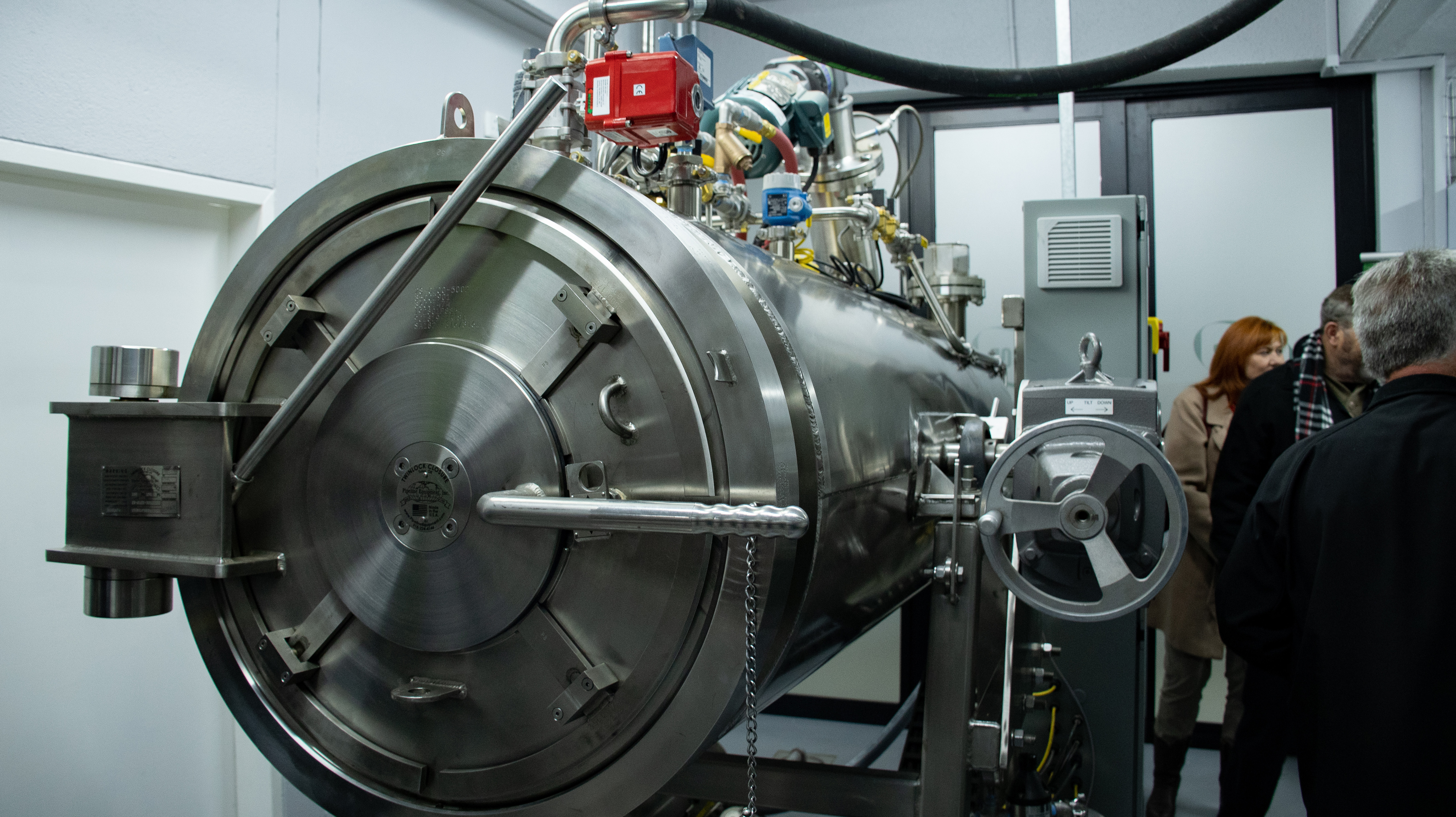 “It’s basically an accelerated version of what would normally happen either in the grave or… if you were to lay a body in a stream of running water,” said Adriaan Bester, Avbob General Manager for Corporate Affairs at the launch.

“That process that will happen there is exactly what happens here, it just happens in a few [4-6] hours instead of weeks or months.”

What’s left is the bones and a benign sterile liquid (containing no trace of DNA and RNA), that is recycled back into the municipal wastewater system.

Bester explained that our bodies are made up of 63% water to begin with, and only the bone minerals remain, which are then lightly processed into powder and returned to the family in an ash urn.

CEO of Avbob, Carl van der Riet, said, “In the context of the widely reported shortage of quality space for burials and memorial cemeteries, and the ever-growing challenge of the environmental impact of flame-based cremations, we’ve looked abroad for technology that addresses realities.”

The first aquamation facility, launched in Maitland, Cape Town in 2019, has performed over 500 aquamations to date, and Avbob plans to expand its aquamation service to a further eight Avbob branches across South Africa over the next few years.

This technology is new to South Africa, but has been used in the United States, Australia and Canada for years, where the majority of their population chooses cremation.

Bester explained that this process uses a catalyst which is “the chemical opposite of acid” — alkalis, made from a combination of sodium and potassium salts.

The solution is made up of 95% water and only 5% alkali, and by the end of the process the chemicals are rendered inactive.

Another reservation is that this water cremation can’t claim to be eco-friendly if it is using water, a scarce resource in South Africa.

However, Bester responds that the aquamation process uses as much water as a single household uses in a day, around 600 litres.

The remaining water is sterile and suitable to be used in the normal wastewater system, with 99% of the water used in the process being returned to the wastewater treatment facility and recycled in the same manner as all other wastewater.

“That water that is released is a by-product of the process, and it is completely inept and sterile… it won’t do any harm to any process or the environment in any way whatsoever,” said Bester.

“There is no water wastage per se,” said Bester, adding that the water is not contaminated or destroyed — along with being sterile, it is pathogen-free, so no communicable diseases can be spread from the deceased.

What is our City’s role in green cremation?

Avbob is a private funeral, burial and cremation provider, and currently the only provider of aquamation facilities in Africa.

Avbob secured approval from the Department of Forestries, Fisheries and Environment and Department of Health, but what do our municipalities think about this ‘green’ alternative to burials and cremation?

Katlego Mathebe, MMC of Environment and Agriculture Management for the City of Tshwane said that considering the challenge of a lack of suitable land owned by the City for the development of cemeteries, the City does welcome alternatives.

Like many municipalities in South Africa, and in fact, globally, Tshwane faces the issue of land scarcity and competition for developable land as urban migration and population increase.

Mathebe said that cremation offers a greener burial method as, “it does not require large pieces of land to be reserved and vegetation cleared for burial; and avoids the contamination of underground water, especially in areas with a high water table.”

Although Methebe said the Department was not aware that Avbob was in the process of establishing a crematorium or aquamation facility in the City, he said their initiative is welcomed and further engagements will continue with the respective stakeholders in respect of the technology.

In terms of their plans for eco-burials or cremation, Matheve said the City of Tshwane is currently investigating the possibility of establishing another crematorium and the environmental and feasibility studies for this will explore aquamation as an alternative to the current flame cremation method.

Spokesperson for Johannesburg City Parks and Zoo, Jenny Moodley told DM168: “Mainstreaming these burial options can sometimes pose a challenge, culturally for residents who are looking for an actual site to host traditional ceremonies at the gravesite of ancestors.”

She pointed out that South Afica has a different context to where this technology is currently running, like in Vancouver (Canada) that has 80% cremations, or in the US where over half the population cremates.

Avbob also addressed this challenge, saying this was just an alternative for those who want it — as only around 10% of the population chooses cremation.

In terms of space, Johannesburg City Parks and Zoo has 14,000 burial spaces available per annum, which Moodley says provides adequate burial space for the next 35 to 50 years (including considering annual population increases).

The city has about 38 cemeteries of which 34 have reached full capacity of primary burials (one person per gravesite), but Moodley says they encourage multi-burial in one of their grave sites.

“For example, even if one cemetery is at full capacity, there’s no reason why I can’t be buried in the same grave as my granny,” said Moodley.

Moodley said, “we in Joburg are certainly receptive to alternative burial options which include the allocation of new gravesites; the opening of an existing family grave for a 2nd and/or 3rd burial by the same family; above ground mausoleum burials and cremations. We would have to explore the viability of aquamations prior to adopting it.”

Moodley said the City has lowered their emissions by installing new ISO-approved incinerators that are more eco-friendly at their three crematoriums.

Adding, “Furthermore, the city is open to receiving eco-friendly proposals from players in the industry, in the form of public-private partnerships. An example of such, is a lease agreement that Avbob held with the City, to operate the Mooifontein Crematorium.”

The City of Cape Town and eThekwini were contacted for comment but didn’t respond by time of publication. DM168