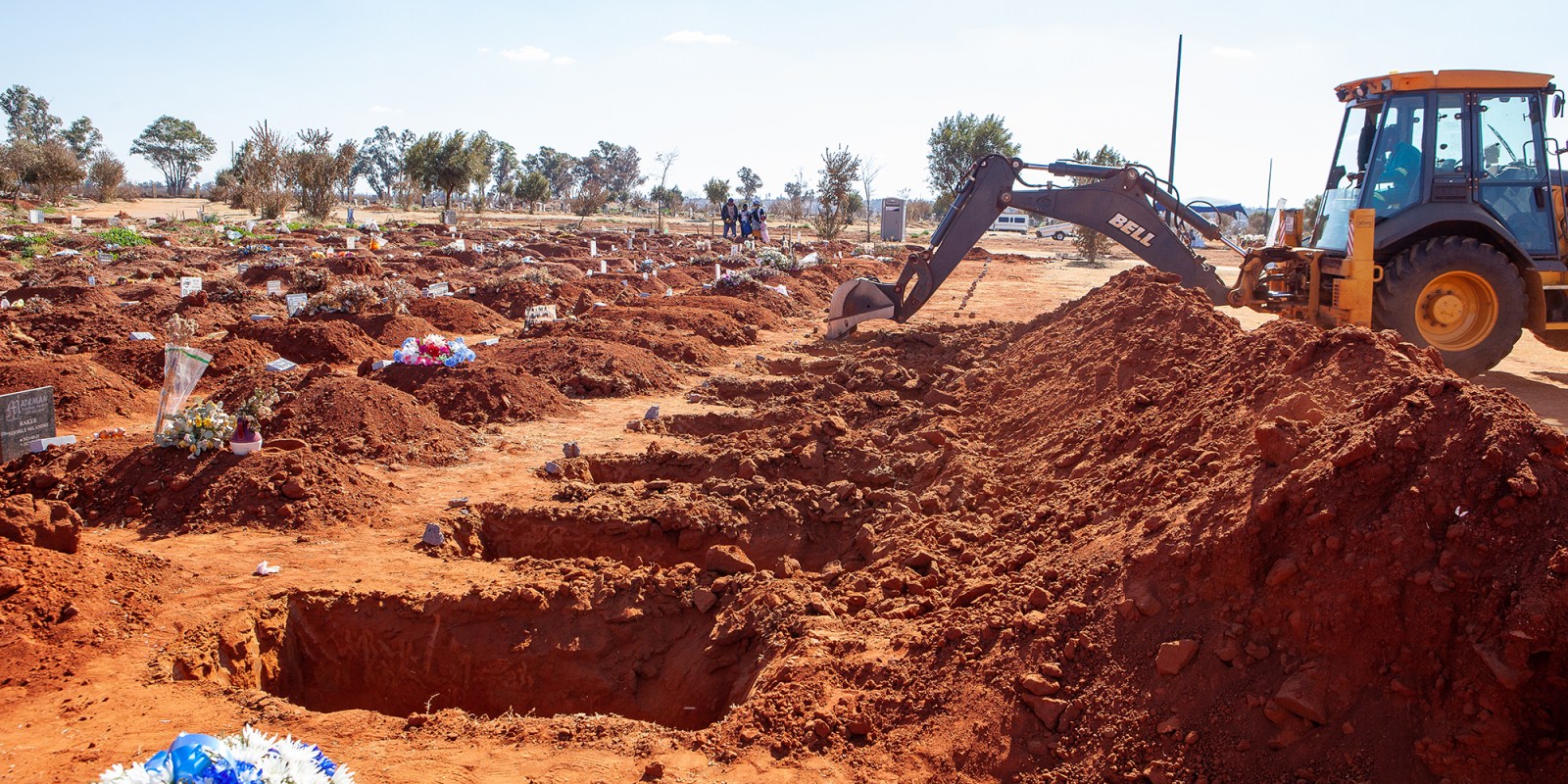 The funeral business is no doubt among those at the centre of the Covid-19 pandemic, but not even seasoned industry players could have imagined the rapidly rising death rate as a result of a devastating third wave.

Johannesburg City Parks has moved to allay fears of backlogs at crematoriums around the city, attributing recent disruptions to the violent unrest of the past week. However, the spiralling death rate during this third wave of the pandemic is rattling the funeral sector.

Johannesburg City Parks spokesperson, Reggie Moloi, said numbers of burials and cremations have been “very high” during the third wave. “We had 1,900 burials in May. In June we were already sitting on 3,000. So, you can see the jump,” said Moloi.

By mid-July, burials were sitting at about 2,800. “Clearly, the number of burials for July will surpass those for May and June,” said Moloi. He said this was the worst he had seen since the pandemic hit South African shores.

“When you compare the first two waves last year, yes, it’s the worst.

In a week, one cemetery can handle up to 250 burials. Moloi said mid-week burials, which were scarce, were now a normality.

Doctor Didoamake, director of B2P Funeral Services, concurred. “Recently in one weekend, just Saturday and Sunday, there were 1,500 funerals in three cemeteries — Westpark, Waterfall and Olifantsvlei.

While the number of burials is rising sharply, Johannesburg residents should not worry about burial space as the city has more than a million cemetery plots still available.

The high number of burials might be good for the funeral business, but Didoamake said it put them under a lot of pressure in terms of digging graves and supplying caskets.

“Last week we could not find caskets because of the riots,” he said.

Didoamake said the additional pressures frustrated families who planned to bury their loved ones at a specific time.

According to some funeral services, the pressure resulting from the increase in deaths also affects the work of underwriters, who take time to pay. The normal turnaround time is 24 hours, but funeral businesses said it now took about five days.

“This puts pressure on us and the families themselves,” Didoamake said.

He said the situation might be aggravated by the fact that winter was peak season for the industry. “So you have three things that become a serious problem for the funeral industry — Covid-19, peak season and the unrest,” he said.

“We would pick up one or two bodies a week. Now it’s about five bodies. So you can understand that it creates a lot of havoc.”

In a statement on Tuesday, the South African Funeral Practitioners Association (Safpa) released a statement warning about the “alarming increase in deaths”.

“As Safpa, we have experienced an alarming increase in the number of deaths of our clients who have passed on due to Covid-19-related complications.

“This has caused an increase in the number of burials that we do. As an industry, we have put in place measures to mitigate backlogs on burials by encouraging clients to have burials on weekdays as well.”

The statement read: “The recent outbreak of sporadic protest action in KwaZulu-Natal and Gauteng have had an effect on our industry, as some members were affected by the vandalism, looting and arson on their properties.”

The eThekwini municipality, which warned a few days ago that requests for cremations and burials had been put on hold, told Daily Maverick on Monday that disruptions to services were a result of the unrest and were temporary.

“Please note that the disruption to our services during the civil unrest was only temporary. All our cremation and burial services are now back to normal. All is in order,” spokesperson Mandla Nsele said.

“As a result of the third wave, we are currently having burials on a daily basis as opposed to just weekends, or from Wednesday to Sunday. We now conduct funerals from as early as 8am to as late as 2.30pm,” said Legae.

On cremations, he said delays were normally with the hospitals, which were under pressure themselves.

“Hospitals are understaffed and under-resourced. The same goes for Home Affairs regarding registration and issuing of death certificates. This subsequently causes a delay in the whole process of cremating or burying a deceased. We cannot dispense with lawful procedures to please our clients,” said Legae.

He said that apart from PPE-related costs for staff and clients, the third wave of the pandemic had taken a mental and emotional toll on both staff and management.

“As a business, the lessons we learnt during the first and second waves helped us cushion the blow of the Covid-19 carnage on businesses. It’s important not to compromise the quality of service to our customers during this time,” said Legae.

Moloi said cremations last week were briefly disrupted after a delay in the delivery of gas. He said deliveries were not possible during the unrest, but this had since been resolved.

In July 2020, at the height of the first wave of the pandemic, many funeral businesses came close to buckling under financial pressure. Two months later, frustrations spilt over and workers went on strike.

“The funeral space is our beat, but having to bury so many people in such a short space of time has not been easy,” said Legae. DM